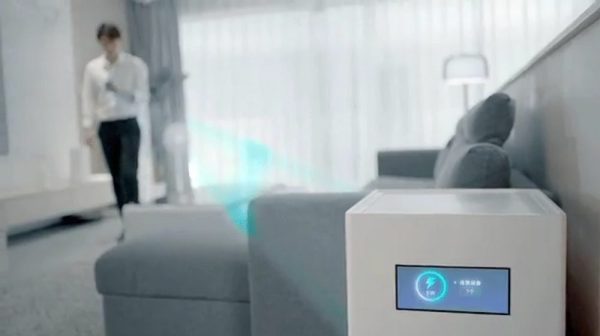 Since electrical devices were invented, many devices have needed to be plugged into a constant power source to work. Battery power allows some devices a respite from constantly needing to be plugged in. However, batteries still need to be recharged, and for a long time, this requires the devices to be plugged in. In more recent years, wireless charging pads have made life easier.

You don’t need to fiddle about reaching for a cable that fell or fumbled with plugging it in. You can just put your phone down on a particular spot, and it will charge without any fuss. Wireless charging is super convenient and has even been integrated into things like desks and coffee tables. So you don’t even have to have a standalone charging pad.

It still only works if your phone is in the right spot. The range of charging pads is basically nothing. With some upright charging stands, you can’t even lay your phone sideways to watch a video while it charges. And if you knock your phone off a charging pad or don’t place it carefully enough, it simply won’t work.

The way to fix this is pretty obvious, to increase the range. Being able to charge your phone or even your other devices simply by placing them in the same room as a charger would be a game-changer. This, however, comes with major technical hurdles.

Every few years, there’s some movement in the field. Energous, for example, has made presentations at multiple CES shows but still doesn’t really have any user-facing products to show for it and certainly hasn’t become a household name with such a helpful technology. Xiaomi, however, is a household name.

The company is the third biggest smartphone manufacturer and has a serious R&D budget to throw at problems like this. Xiaomi also has a long history of pushing the envelope concerning high-speed phone charging, both wired and wirelessly. So with Xiaomi’s announcement about its Mi Air Charge technology, we may actually be getting a glance at almost tangible future tech.

Why Is Room-Scale Wireless Charging so Hard?

Before we get into how Mi Air Charge works, it’s worth covering why wireless charging is hard, so we can adequately appreciate the technology that makes it work. Wireless charging works on the same principle as NFC and RFID cards and readers. It takes advantage of a quirk of electromagnetism.

The problem is efficiency. The magnetic field that is created spreads out evenly in all directions. This means that the field strength drops off about the square of the distance. So, if you can transmit 10W of power at a distance of 1cm, that drops off to 2.5W at just 2cm. The amount of power you’d need to draw to wirelessly charge this way at any room-scale distance gets ridiculous quickly. Scaling up the technology isn’t a viable solution, so something else needs to change.

Mi Air Charge uses “beamforming” technology to make room-scale wireless charging, if not a reality yet, at least a possibility. Beamforming is a proven technology that you may use every day without even realizing it. Modern Wi-Fi routers with multiple antennae use beamforming to increase their range and signal strength.

Beamforming works on the simple premise that waves can interfere with each other. Suppose you have two ripples in a pool of water, and they cross over each other. In that case, the peaks and troughs of the two ripples combine to make super peaks and super troughs when they align with their respective peers before continuing on their path. This happens with any wave, even light like the radio waves used in Wi-Fi.

Mi Air Charge does the same thing. It just uses a different frequency of light. It also uses the induced current to charge a device rather than transmit data at high speeds. Unfortunately, it’s a little more complicated than that. Connected Wi-Fi devices generally broadcast back to the router through normal operations. This allows the router to then constantly and precisely track their relative locations and adjust the interference pattern as needed. Wireless charging solutions don’t necessarily have a returning signal to do this with.

Mi Air Charge has a base station with five antennae to get the whole thing to work. These are used to precisely locate the beacon antenna in a compatible device within range. The base station actually transmits the power with an array of 144 (yes, that one hundred and forty-four is not a typo) antennae to create the interference pattern through beamforming an mm-wave signal. The receiving device has an array of fourteen antennae that convert the signal into power to charge the device.

Xiaomi claims that the technology can simultaneously transmit 5W of power to multiple devices. It also claims the power can be received at several meters and that the signal isn’t degraded by objects in the way. Unfortunately, as great as this sounds, there is some bad news.

One issue with this technology is that it is in no way compatible with current devices. To work, you’d need your phone to have the appropriate hardware in it, which isn’t the case now. You could add the necessary electronics via an adaptor or charger case. Unfortunately, doing so would add bulk and likely take up the charger port.

Another issue is likely the price. While your phone already has an array of antennae, adding a few more won’t cost too much. The base station is different. The base station would have to handle more power, which isn’t too much of an issue. It would also have to have almost a hundred and fifty antennae inside it. That will start to cost a fair bit of money. You’ve also got the cost for the processing power required to handle everything. Realistically, you’re likely to have even higher prices for a few generations. Such a so-called “early adopter tax” is standard on bleeding- and cutting-edge tech.

Bulk is probably going to be a minor issue. While a few more antennae won’t be a cost issue in a phone, space is at a premium, and something would likely have to give. Additionally, the base station would probably be pretty extensive, roughly the size of a few routers stacked on top of each other. In fact, you can see this in Xiaomi’s press release imagery, where the base station appears to be the size of a side table next to a couch.

The final issue, at least for the moment, is simply time. Xiaomi originally announced Mi Air Charge in January 2021. It’s since made no further reference to it. It has deleted the original announcement from its blog, though it can still be seen via the Wayback Machine. This suggests that Mi Air Charge was more of a tech demo than a prototype for a product almost ready to market.

One of the things we didn’t raise as an issue was the limitation to 5W. While 5W may not be much, it’s worth noting that this is an early tech demo, not a final product, so specs may change in the future. It’s also worth noting that 5W of charging is relatively gentle on the battery, degrading it less than high-speed charging. So as long as you have the time for your device to charge slowly, it is actually better for its longevity. This hints at the true strength of such a product. If placed in a workplace or in your home, it would be able to gently charge many devices at once over long periods.

Theoretically, it would be possible to power other devices in the same way. For example, low power devices, like tv remotes and other disposable battery-powered devices, would be an ideal use case. Such a combination would likely also cut down on disposable battery waste. Many IoT devices could also be made compatible with a wireless power system.

Indeed wireless power delivery would be a great convenient feature. It is also likely to be a reality in the relatively near future. While we have the tech to do it with the technology we have now, as Xiaomi’s Mi Air Charge concept shows. It would be a bleeding-edge technology with associated high costs. Without widespread adoption of devices, it also doesn’t have an easy way into people’s homes. To start using it, you would require new hardware and need to replace old hardware.

We do look forward to hearing more on the subject. Either from Xiaomi with an updated product brief or from a competitor pushing the tech-forward. We’d also really like to see any future product be standardized to the benefit of all consumers. Ideally, this would happen without a long period of competing standards first. Unfortunately, for the moment, it doesn’t sound like the idea is quite ready for prime time. Don’t forget to share your thoughts in the comments below.