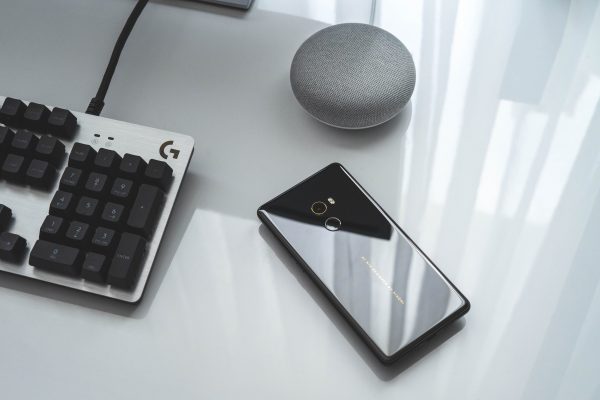 Redmi is known for its affordable phones, and this phone makes no exceptions. The Redmi K30 pro is a successor to the Redmi K20 pro and is packed with features that are mostly only found in premium flagship phones. Its cost starts around $425, which gives great competition to other smartphones in this price range and premium ones too. Here are the features and specifications for the Redmi K30 Pro.

The Redmi K30 pro is a glass sandwich phone with an aluminum frame with Corning Gorilla Glass 5 on both front and back. Its dimensions are 6.43 x 2.97 x 0.35 in, and the weight comes to about 218 grams. It comes in four colors: Sky Blue, Space Grey, Star Ring Purple, and Moonlight White. What is not common these days, is the fact the phone has a 3.5mm headphone jack. It has a sandwich structure motherboard for effective space utilization and a built-in vapor chamber for effective cooling. It has mono speakers, but it uses flexible posterior cavity technology to enhance the audio experience. It has support for sensors like proximity sensor, accelerometer, and gyroscope.

The K30 pro has 6.67-inch, full HD AMOLED display that includes an in-display optical fingerprint scanner. The screen resolution 2400 x 1080, which gives us a pixel count of 395 PPI and has an 86% screen to body ratio. This display has a 60 Hz refresh rate, with 90 Hz being the norm in 2020, it is still reasonable, given that this is a mid-range smartphone. It supports HDR 10+ and has a 5,000,000: 1 contrast ratio for optimal media and content consumption from websites such as Netflix and YouTube. Its typical screen brightness is 500 nits, with maximum going up to 1200 nits, which is more than most flagships that have come out in the past. It also has 100% coverage of DCI-P3 and sRGB color gamut, which means that screen will produce accurate colors for viewing photos and videos.

This phone comes with 6gb/8gb ram and 128gb/256gb storage configurations. The 8gb+256gb and 8gb+128gb variants are equipped with the latest and greatest LPDDR5 memory and UFS 3.1 storage, which delivers faster read and write speeds. But only the 6gb+128gb variant is equipped with LPDDR4 memory and UFS 3.0 storage, but with day-to-day use, the differences are imperceptible.

The K30 pro runs on Snapdragon 865 octa-core with a maximum frequency of 2.84 GHz, the new 7nm chipset by Qualcomm, with the new Kryo 285 architecture, that supports the new GPDDR 5 memory and has 5G baked into it and is a 25% improvement in performance and has a higher clock speed than the K20 pro. It’s also integrated with the new Adreno 650 GPU, which improves gaming performance, and it also supports the fifth generation AI engine.

This is the main feature of this phone, and this type of camera setup is rarely seen in a mid-range smartphone. The K30 pro has a rear quad camera setup with dual-LED dual-tone flash and a pop-up selfie camera. The main 64 MP sensor is a Sony IMX 686 26mm lens with phase detection autofocus and high pixel count; the second camera is 5MP telephoto macro lens with autofocus; the third camera is a 13 MP ultra-wide-angel lens with a 123-degree view; lastly the 2MP depth sensor. The motorized pop-up selfie camera is a 20 MP wide lens that shoots 1080p video and has support for features like portrait mode, slow motion, and front HDR. The main camera supports HDR and has a feature known as Super night scene 2.0, also known as night mode. It also has face detection, panorama mode, and continuous shot mode. The main sensor shoots video at 8K 30fps and 4K 60fps, great for high-resolution videography. It also supports super slow motion that shoots at 1080p 960fps. The 5MP telephoto camera also has a macro lens, which can take close-up shots without standing close to the object, and it helps create background blur in video and audio known as the bokeh effect. The 13 MP ultra-wide camera takes wider shots so that more area is packed into one single image. The 2MP depth sensor is used for measuring depth for immersive pictures and videos.

This phone includes a 4700mAh battery, built to last an entire day without running out of power. It supports Qualcomm quick charge 4+ and PD fast charging protocol via USB Type C and also uses a 33 W fast charger, which would charge the phone up to 100% in 63 minutes. It runs MIUI 11, which is based on Android 10. It is a dual sim phone, and it supports networks like GSM, 2G, 3G, 4G, and 5G. It also supports Wi-Fi 6 and dual-band GPS.