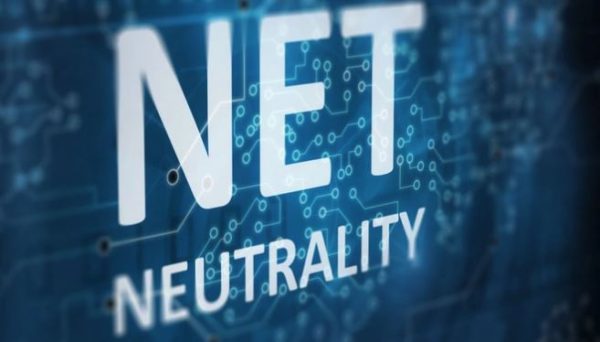 Network neutrality is one of internet usage’s primary (yet not uncontested) principles. It dictates that ISPs or Internet Service Providers must treat all internet communications equally. It must be done without charging different rates based on what a user is accessing on the net or from where.

This means that ISPs shouldn’t block, slow down, or charge extra for users to access certain websites or services. Without net neutrality, ISPs would be free, for example, to sign a contract with Vimeo and then forcefully slow the internet speeds they provide to users who use YouTube instead of Vimeo. Or any other video hosting site.

The term itself was coined in 2003 by a media law student named Tim Wu and didn’t affect what an end user can choose to filter out on their end. In other words, user-configured child blocks are fine. Still, if an ISP were to impose adult content bans, that would violate net neutrality.

It’s worth noting that net neutrality isn’t a law everywhere and, indeed, not enforced the same way. For example, the term and definition have been under fire in the US since the 90s. In 2019, the House of Representatives passed the Save the Internet act to guarantee broadband internet users equal access to online content. This law didn’t pass the Senate and was repealed entirely under the Trump administration. The arguments over net neutrality are roughly the same around the globe.

The Issues and Advantages of Net Neutrality

As mentioned, potentially speeding up traffic for one site and slowing it down for another could severely impact a user’s experience. When mandated by ISPs, it would pose an unavoidable threat to their freedom to use the service they pay for. While, in essence, it seems harmless to, for example, offer higher speeds for Netflix in particular, the further-reaching impact of that type of special ‘deal’ is overwhelmingly negative. It can interfere with the ability of specific websites to compete with others. ISPs could interfere directly with online-based businesses’ abilities to stay competitive, for example.

Another issue is the possible discrimination by IP address – or outright censorship without net neutrality. Certain countries such as China, Russia, and North Korea actively engage in this openly. For example, they deem their ISPs block government websites of countries unacceptable. In the case of China, ISPs are overwhelmingly government-owned (or at least controlled) rather than part of any sort of free market. This means that imposed bans can go as far as blocking specific search terms from users. A popular example is China’s well-known Tiananmen Square massacre on June 4th, 1989. Searching for information on the event in China is difficult, as searches are often blocked, results filtered, and information openly available in the rest of the world is not accessible in China itself.

This is one of the best examples of why net neutrality (or something as close to it as possible) is necessary if the Internet continues to be a viable source of information and communication.

The Disadvantages of Net Neutrality

The relatively modest disadvantages of net neutrality tend to boil down to what comes out of the end users’ pockets. Without net neutrality, signing contracts with ISPs that, for example, don’t charge or charge less for using Netflix and YouTube only would be possible. Users who only use those sites might get a significantly cheaper deal and end up paying less. But that setup is mainly theoretical, as there aren’t many (if any) examples of this working.

In theory, with no net neutrality, ISPs could also change from flat rate usage fees to site-based fees. So sites that use a lot of traffic, such as streaming sites, could be ‘penalized’ by being more expensive. Rendering resources such as Wikipedia is free or close to free. This is the exact opposite of the above example but would also benefit some users at the cost of others.

A more general positive would be the possibility of making specific resources free to use entirely. For example, academic or research sites and sites deemed to be for the public good should be more easily accessible for extremely low-income households that might not be able to afford to pay a ‘premium’ for streaming sites. That, too, is a theoretical example and comes with challenges. For example, who decides which sites should be free or are for the public good?

Net neutrality is a relatively simple concept with many complex views surrounding it. Many opinions, however, boil down to accepting regulation or allowing the free market to decide. This goes a long way to explaining why the issue is so polarising in the US. What are your thoughts on the subject? Share your thoughts in the comments.