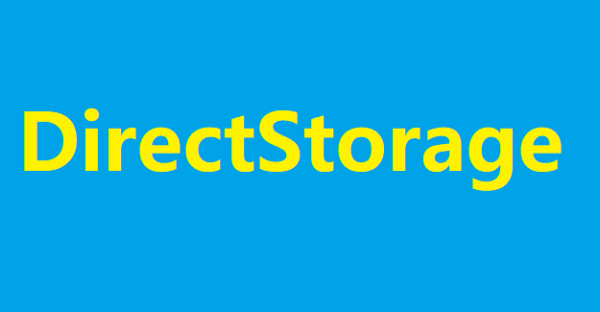 DirectStorage is a new API and Windows 11 feature that enables faster game loading times. This technology supports expansive game worlds. If you’re a game developer and you feel that the current APIs limit your creativity, you can switch to DirectStorage and create game worlds that are more expansive and load faster than ever.

What Does DirectStorage Do?

Microsoft originally developed DirectStorage as a DirectX API for the Xbox Series X and S consoles. This technology aims at loading more game data simultaneously without putting a strain on your hardware. Simply put, DirectStorage bridges the gap between storage and GPU technology.

Modern games load a lot of data. To avoid putting too much strain on your memory, games break various items such as textures down into smaller pieces. They load only the items necessary for the current scene.

Unfortunately, this approach also generates a lot of requests. The main problem is that the current APIs are not optimized for a high number of requests. They treat requests individually. This is an extremely inefficient approach for games that require processing thousands or tens of thousands of requests per second.

Processing a large number of requests may sometimes create bottlenecks. That’s exactly the problem that DirectStorage for PC aims to fix. This technology allows game developers to create batch requests.

As Microsoft explains, DirectStorage can handle thousands of requests at the same time decompressing the GPU. This leads to faster load times.

How Do I Enable DirectStorage on Windows 11?

DirectStorage is an API ( Application Programming Interface) at its core. As a Windows 11 user, you don’t need to do anything to enable this feature. Game developers can use this API to develop complex video games.

But first, you need to wait for game developers to implement this feature in their games. When you launch your DirectStorage-compatible games, your machine will take care of the rest.

At the time of writing, there are no games implementing this feature. We expect the first DirectStorage compatible games to land at the beginning of 2023. Time will tell how quickly game developers will embrace this new technology.

Keep in mind that there are certain system requirements your computer needs to meet for using DirectStorage. Namely, you need a 1TB NVMe SSD, and a DirectX12 GPU that supports Shader Model 6.0.

As Microsoft explains, DirectStorage requires an “NVMe SSD to store and run games that use the Standard NVM Express Controller driver, and a DirectX12 GPU with Shader Model 6.0 support“. In other words, make sure to get a 1TB NVMe SSD or greater and install your games on that SSD.

For more information on DirectStorage for Windows 11, you can check out the presentation available on Microsoft Game Stack’s YouTube channel.

DirectStorage is a new API that games developers can use to create game worlds that are more expansive and load faster than ever. As a Windows user, you don’t need to do anything specific to enable this feature. The game devs will take care of everything. Just make sure that your system meets the DirectStorage hardware requirements. You need a 1TB NVMe SSD, and a DirectX12 GPU that supports Shader Model 6.0.