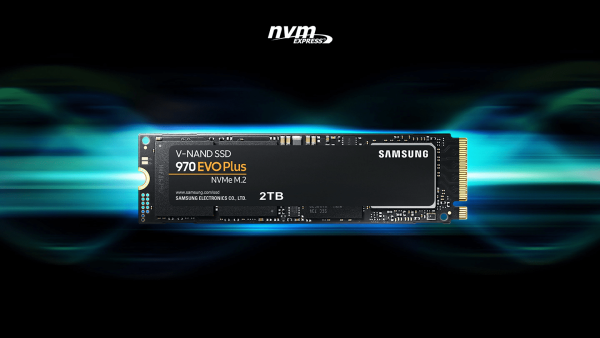 One of the critical features of a computer is the ability to permanently save files, documents, work, ad pictures. Really any data you may want to keep. Unfortunately, the primary memory that the computer has – the system RAM and CPU cache – is all volatile. Volatile memory loses all data that it holds when the computer turns off. While this is good for security and stability, it also means that primary memory can’t be used for permanent storage.

Magnetic storage media, specifically HDDs or Hard Disk Drives, have been the standard storage device for a long time. They offer high capacities at low costs but have limited read and write performance due to the reliance on moving parts. In HDDs, magnetic fields in a disk platter are aligned or misaligned with a write head. The magnetic fields can then be reread with a read head.

SSDs, or Solid-State Drives, are the up-and-coming king of storage media. They utilize high-speed Flash memory that can operate far faster than an HDD can. To the point that they typically use a different, faster transport bus because the SATA III bus suitable for HDDs can be entirely saturated by an SSD. The key to the speed of SSDs is that they have no moving parts as they use carefully designed electronic circuits to store data.

Unfortunately, being cutting-edge technology, SSDs have a price premium. However, that is much less severe than it was only a few years ago while considering capacities at 2TB or less. USB thumb drives and external USB SSDs also use flash memory. Though the bandwidth of the USB connection typically limits that.

Optical storage media such as CDs, DVDs, and Blu-rays are somewhat similar to HDDs. Though instead of magnetism and read heads, physical grooves in the disk change the behavior of the reading laser. Optical media suffer from the same speed limitations as HDDs due to moving parts’ use. Each generation listed has increased capacity thanks to newly invented tricks and a reduction of the wavelength of the laser. A smaller laser wavelength means that more minor grooves can be detected. They can be packed closer together, increasing storage capacity.

One of the earliest technical forms of storage would be the punch card. These were primarily used for data entry and output, but given that the data would be permanently stored on the punch card, it does technically count. However, a computer would generally not have been expected to read the output result from another computer.

Floppy disks were a form of removable magnetic storage media that used a flexible disk protected in a plastic case. It worked on the same principles as a hard drive but had much smaller capacities and slower speeds.

3D XPoint memory, marketed as Optane by Intel and QuantX by Micron, was a form of phase-change memory that offered excellent latency and throughput. It was sold in two roles, an SSD and a cache for other storage devices. Its speed was roughly comparable to SSDs, meaning the caching option could provide a significant performance boost to HDD-based systems in cache-friendly read operations.

The SSD products were generally considered high-end SSDs. Relatively low uptake, however, eventually caused 3D XPoint to be abandoned by Micron in 2021 and Intel in 2022, though devices are still on the market. Magnetic storage tape has historically been used as archival media. While tape is likely still in archival “use,” most archival data is now stored on HDDs.

Storage devices are forms of secondary computer memory that can permanently store data. This Is critical for operating systems’ purposes but is also needed to store documents, photos, files, etc. Over time the storage density of storage devices has come down dramatically. At the same time, those storage devices’ read and write speeds have also increased significantly, and the cost per unit of storage has decreased sharply. This trend looks to be generally set to continue, though it may slow down as miniaturization limits are approached and reached.