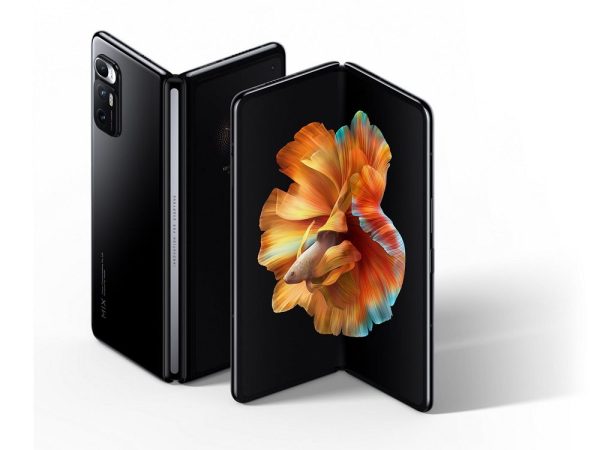 The Xiaomi Mi Mix Fold is Xiaomi’s first entry into the foldable phone market. It was released in April 2021 but is only available in limited numbers, and even then, only in China.

Xiaomi currently has a single line of foldable phones, in which the Mi Mix Fold is the first entry. At the time of writing, more than a year after its release, there still hasn’t been a second model. However, there are rumors about multiple upcoming foldable phones.

The Xiaomi Mi Mix Fold features a large 5020mAh battery, the largest in any foldable phone. It can fast-charge at 67W with a standards-compliant charger for a full charge in just 37 minutes. There is no support for wireless charging.

Many foldable phones have high-end hardware but only average battery capacities due to weight savings and reduced space due to the hinge. This results in lower battery lives than you might see in flagship phones which already struggle to survive a full day of reasonably heavy use. The massive battery in the Xiaomi Mi Mix Fold will help to provide the best possible battery life, especially with the supported fast charging speeds. The massive battery is likely only possible thanks to the large size of the Mi Mix Fold, which is taller than the already tall Samsung Galaxy Z Fold3.

One of the criticisms faced by the Samsung Galaxy Z Fold3 was that its external display was too narrow and tall to be easily usable. It’s difficult to reach both the top and the bottom of the screen with one hand, and the keyboard is highly fiddly to use when so narrow. The Xiaomi Mi Mix Fold takes this further with an even taller screen with a frankly insane 27:9 ratio. An average flagship smartphone like the Xiaomi 2 Pro has a 20:9 ratio.

The Xiaomi Mi Mix Fold features a triple rear camera setup. The primary wide-angle camera has a 108MP 1/1.52-inch sensor with an f/1.8 aperture. It has an ultrawide camera with a 13MP with a 123° field of view and an f/2.4 aperture.

The final camera has an 8MP sensor and pulls double duty as a telephoto camera with 3x optical zoom and a macro camera thanks to a liquid lens and autofocus. The liquid lens has its shape automatically adjusted as needed to provide variable levels of zoom and focus. It is the first of its kind in a smartphone, foldable or not.

The single most prominent feature of the Xiaomi Mi Mix Fold is the ability to flip the phone open and closed. The hinge design is decent, allowing the screens to be flush against each other. The crease, however, is present and noticeable, like it is on Samsung’s foldable devices.

The joint of the phone, unlike most foldable phones, is easy to move, only holding its position reliably in the fully open or fully closed positions. It can’t easily be partially folded and just left to rest there as the hinge isn’t stiff. The liquid lens in the telephoto/macro camera is the first in a smartphone, offering adjustable optical zoom.

There is a fingerprint reader. However, unlike most modern high-end phones, it isn’t embedded under the screen. Instead, it’s a classic side power button/fingerprint reader combo. This makes some sense as the single sensor can be used to unlock the phone when it’s closed, open, or somewhere in between. The phone can also be unlocked with facial recognition.

This is the first generation of this line of foldable phones, so it has no previous model to gauge generational improvements. Compared to the Samsung Galaxy Z Fold3, the cameras are better, and the screens are noticeably larger.

The Xiaomi Mi Mix Fold is a solid foldable phone. Performance is generally solid, though heat and battery life can be a problem. The lack of any waterproofing rating may put some potential users off. Concerns about the lifespan of the fold in the screen are also likely to be difficult to assuage. The main issue is expected to be the exclusivity to the Chinese market and the lack of any global operating system for exported devices making the phone difficult to acquire or use for western users.

Flagship phones with significantly better performance and features are available for similar money. The real question is, do you really want, or need, a phone that folds? If that’s the case, you’ll have to accept some compromises. Whether that’s too much to ask in this case is down to the individual.