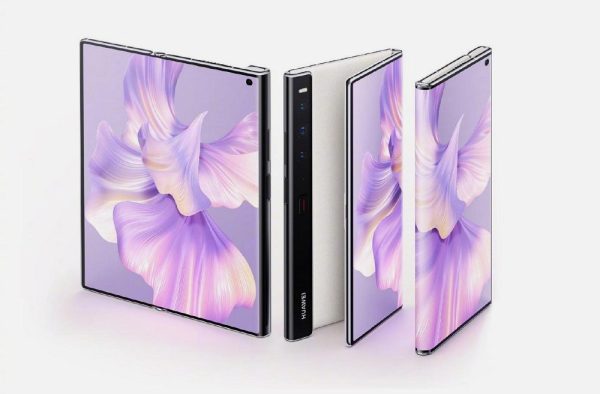 The Huawei Mate Xs 2 is Huawei’s latest entry into the foldable phone market. It was released in May 2022 in China and will release in other global markets in June, however, due to trade restrictions, it will not be available in the US.

Due to geopolitical issues, Huawei is unable to access the latest high-end CPUs or any 5G technology, hence the last generation processor and limitation to 4G.

Huawei currently runs three lines of foldable phones. The Huawei Mate Xs 2 is, as you might expect, the second entry in the Xs lineup. The Mate Xs line is currently the only foldable phone line that folds with the foldable screen on the outside of the device. Huawei also makes the Mate X series, also with two entries, that has the foldable screen on the inside, and the Pocket line, with a single entry, that also has an internal folding screen but in a clamshell-esc form factor.

The Huawei Mate Xs 2 features a 4600mAh battery, though the 512GB 12GBRAM variant, feature a 4880mAh battery instead. It can also fast charge at 66W. There is no support for wireless charging.

Many foldable phones have high-end hardware but only average battery capacities due to weight savings and reduced space due to the hinge. This results in lower battery lives that you might see in flagship phones which already struggle to survive a full day of reasonably heavy use. The battery capacities available in the Huawei Mate Xs 2 are fairly large for foldable phones, though a bit below flagship territory.

Given the relatively low weight for a foldable, Huawei could maybe have invested some of those weight savings into providing an even larger capacity battery and then advertising a distinctly superior battery life compared to other foldables. Given the already sky-high price though, Huawei seems to believe they have found a reasonable battery capacity point.

The Huawei Mate Xs 2 features a 7.8-inch OLED foldable main screen with a resolution of 2200 x 2480 for a pixel density of 424 PPI. It has a refresh rate of 120Hz. Unlike most foldable phones, there is no secondary display. As the screen is on the outside of the fold, however, the same screen, or at least part of it, acts as a cover screen. When folded the wider side acts as the cover screen, the results in the main cameras pointing away from you, as you’d expect with a traditional smartphone. When folded the screen has a 6.5-inch footprint and an 1176 x 2480 resolution, obviously at the same 424 PPI pixel density.

This camera setup is fairly strong, not quite current generation flagship level, but just under. Still, with the generally poor state of foldable phone cameras, this is certainly one of the best options out there, at least for the moment.

The Huawei Mate Xs 2 runs on HarmonyOS 2.0 on Chinese models and Android 12 with the EMUI 12 skin in the rest of the world. Harmony OS is Huawei’s home-grown Android alternative, though, at least at the moment, it takes a lot from Android.

The single biggest feature of the Huawei Mate Xs 2 is, of course, the ability to flip the phone open and closed. The hinge design is excellent, allowing the screen to lay flat with no discernible crease when open. This is thanks to the, fantastically named, “double rotating falcon wing” hinge design. The joint of the phone, unlike most foldable phones, is fairly easy to move, it can’t hold position reliably beyond just the fully open or fully closed positions.

A capacitive fingerprint reader/power button combo is located on the side of the camera island. The volume buttons are also located there. Wi-Fi 6 is supported for high-speed home networking, while mobile data is limited to 4G due to geopolitical restrictions.

The Huawei Mate Xs 2 is a few millimetres smaller than the previous model and significantly lighter, having shaved off almost 50 grams. The screen has been updated to feature a 120Hz refresh rate. More capacities and colour options are available. The battery is also slightly larger and charges slightly faster.

The Huawei Mate Xs 2 is a solid foldable phone. It features high-end hardware and performance. While the CPU is a generation out of date, that is a restriction out of Huawei’s control

The strong camera setup is likely to be a boon to users that want a foldable phone and a good camera phone. The unique screen layout, while generally less popular and more at risk of damage, is likely to have some fans. The hinge design is excellent but there are likely to still be concerns about the foldable screen lifespan that will be difficult to assuage.

The Huawei Mate Xs 2 has two main downsides. The lack of access to Google services is a big one, especially for the western market. While Huawei has invested heavily in creating alternatives, most of those are designed primarily or exclusively for the Chinese market. The second issue is the price. It is very expensive, and while the Samsung Galaxy Z Fold3 has shown that it can command such a high price, it does have Google services, and at that price point, asking users to give up access to core apps that they’re used to is a big ask.

The real question is do you really want, or need, a phone that folds? If that’s the case, you’ll have to accept some compromises. In this case, there aren’t many but they are big ones. Whether that’s too much to ask in this case is down to the individual.