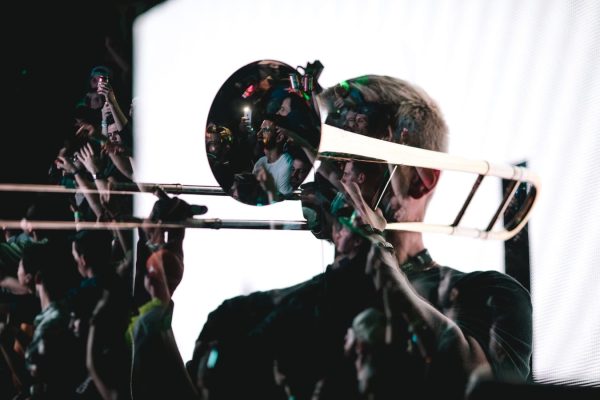 As a result of the Covid 19 outbreak, this year’s South by Southwest festival (SXSW) was cancelled. Every year thousands of musicians, performers, artists, tech experts and creatives arrive to take part in this Texas based arts showcase. The festival was due to take part in March 2020 and was cancelled for the first time in it’s 34 year long history. On the 6th March 2020, the city of Austin decided that it would not be to safe to hold this year’s festival with the rapidly escalating Coronavirus situation.

South by Southwest festival (SXSW) released a statement to the press. It promised, “We will continue to work hard to bring you the unique events you love. Though it’s true that our March 2020 event will no longer take place in the way that we intended, we continue to strive toward our purpose – helping creative people achieve their goals.”

Range of Event and Products Released

Since the cancellation, the festival have focussed on a range of participant highlights. The aim of this is to make sure that the wealth of talented people who would normally exhibit to the festival would still be promoted and able to share their skills with the world. South by Southwest festival (SXSW) has also been promoting local Austin businesses and encouraging support for them.

You can also watch interviews with a range of creative talent through the Filmmaker in Focus series. You’ll receive a masterclass in filmmaking and see deep into the minds of a range of talented filmmakers. Noah Hutton discusses his Sci-Fi epic, hear Emma Seligman talk about her family drama ‘Shiva Baby’ and find out what happens to humans who are isolated from Earth.

On the South by Southwest festival (SXSW) website they are promoting all the film made by former participants in the festival which are debuting this March and April. Watch the trailers here. Prime Video is currently streaming all of the South by Southwest festival films (SXSW) from the years 2015 to 2019. Have a watch of a range of great talent from the past four years of films. You do not need an Amazon Prime membership to watch these films as any account will be able to watch these.

South by Southwest festival (SXSW) have just announced that they are going to release all of the films due to be screened from 2020 on Prime Video as well. You do not need an Amazon Prime membership to watch these films as any account will be able to watch these between the 27th April and the 6th May 2020. From the comfort of your own home you can feel like you are attending this prestigious film festival.

Janet Pierson, Director of Film at South by Southwest festival said: ‘SXSW has always championed creators forging their own paths to success, often with just the right mix of passion, vision, and radical experimentation to make their dreams happen. There is no one-size-fits-all, especially in these uncertain times, and we knew this opportunity would be of interest to those filmmakers who wanted to be in front of a large audience now. We believe people will be captivated by this selection of intriguing work that would have been shown at our 2020 event.’

The films cover a range of categories including Episodic, Documentary Shorts, Narrative Shorts, Documentary Features and Narrative Features and were made all over the world. South by Southwest intend to release further content across all their channels and festival streams so keep looking for further product and event digital releases.