Samsung is a leading smartphone company that has always tried to stay ahead of the curve. The Samsung Galaxy S8 is one example where they worked to have a strong innovative approach and succeeded in their attempt.

The Samsung Galaxy S8 was released two years ago, but the uniqueness it has to offer is still relevant in today’s present phone market. It is a quality device that holds its ground against newer products. However, the current flagship smartphones do have some superior aspects, but this comes with a premium price tag. Samsung Galaxy S8 is Samsung’s 2017 flagship device that is worth your time and money.

There is no doubt that the Galaxy S8 is a good phone, and even after a few years, and two subsequent generations of Galaxy phones, it is still better than most options that are in the mid-range today.

But, there are several features that the S8 doesn’t have and which have become commonplace in the last two years, and the lack of those might be a dealbreaker for some users.

As an older model, the Samsung Galaxy S8 became a great value deal in the process and you can buy it from Amazon for a very affordable price. 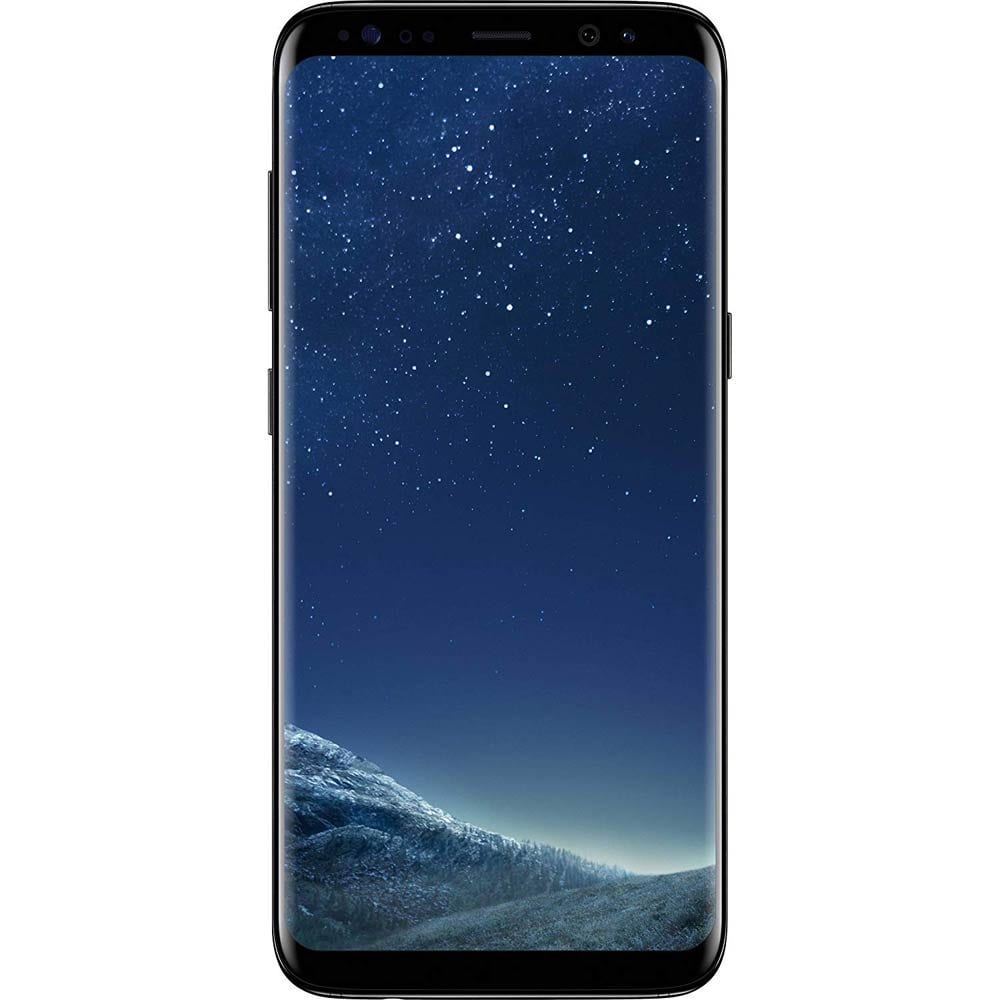 Samsung Galaxy S8 is a stunner when it comes to looks and design. Its bezel-less design can spark anyone’s interest. It has an excellent screen where vibrant colors pop out and provide an immersive experience while hosting powerful hardware capable of handling day-to-day activities efficiently. It has a 5.8-inch display powered by the Snapdragon 835 processor.

The current price of the Samsung Galaxy 8 has dropped substantially since Samsung’s new flagship phone Galaxy S10 hit the market. This makes Galaxy S8 is a great buy at just $400.

We can easily list Samsung’s Galaxy S8 in the top 5 smartphone designs. Its bezel-less design, also known as the infinity display, stretches from edge-to-edge. With an 18:5:9 dimension, it is narrow, slim and easily fits the hand. It is strikingly like the LG G6 but has a unique design distinction with its infinity display.

However, the design does have some flaws. The edge-to-edge display leads to a loose grip and can have more drop-damage with the glass around the edge. It does have Gorilla Glass 5 which makes sure that it can handle some drops without shattering the display into pieces.

The edge-to-edge display is complemented with the Infinity Display Quad HD+ Super AMOLED. AMOLED panels are known for their crisp and vivid image quality. Blacks are deep black, and it covers the DCI-P3 cinema-grade color gamut.

The screen also has a “Mobile HDR Premium” certification which means it can showcase a better color palette. HDR is mostly a TV-thing, but the current flagship phone displays are also using it to enhance user experience. HDR capable device enables you to watch HDR content on Netflix and Amazon Prime.

Samsung Galaxy S8 can easily reach 1000-nits brightness in some videos — which makes content watching a fantastic experience.  The 5.8-inch display may sound small compared to current devices but is more than enough for optimal one-hand usage.

For the first few times, you might have to look at the position of the sensor before using it. However, with practice, you can seamlessly access it. The fingerprint sensor is accurate and instantly opens your phone.

The Samsung Galaxy S8 also comes with facial recognition and an iris scanner. Both are handy when it comes to unlocking your phone but are not as secure when compared to the fingerprint scanner. The iris scanner has its limitation. To use it properly, you need to have your eyes fully open and it doesn’t work in direct sunlight.

The Samsung Galaxy S8 is a fast device thanks to Snapdragon 835. It also comes with 4 GB of memory and 64 GB of internal storage. You can expand the storage with microSD support. When it comes to performance, you can use it seamlessly without any lag or interruption.

Right now, we have smartphones with Snapdragon 855, but it doesn’t take anything away from the beastly Snapdragon 835. The S8 performed well in multi-tasking and games such as PUBG, Fortnite, X: COM and so on. We even managed to run games while streaming video in the background. It worked flawlessly with no hint of slowing down.

The benchmark score also depicts the same story with a score of 6295 in Geekbench 4. It also scored high when it came to graphics — hitting 36,508 scores on 3D Mark Ice Storm.

Galaxy S8 comes loaded with Android 7.0 Nougat. However, it now has been updated with Android 9.0 Pie in Feb 2019. Updates on Samsung devices has always been slow. Overall, it provides an excellent software experience with a nice Samsung touch.

Samsung S8 comes with the same 12-megapixel camera as does the S7. It has a plethora of software enhancements that bring out the best in the camera, producing better pictures than the S7. It also comes with HDR support which means that you can take vivid photos with a striking similarity to real-life.

The battery is surprisingly good. It comes with has a 3000mAh capacity. Moreover, regular usage can easily last 10-11 hours as per Tom’s Guide Battery Test. The smaller display and OS level optimization enables your device to last longer than expected. A full battery can easily last you a single day of usage with some percentage left on it by days end.

Bixby is a voice-powered digital assistant which was introduced with Samsung Galaxy S8 and has evolved nicely in the past few years. However, it is still far from perfect and needs to improve before it can compete with the popular voice-assistants including Cortana and Siri.

Samsung Galaxy S8 is an impressive device at $399. If you are looking for a robust flagship device without the need to spend major cash, then Galaxy S8 is a great choice. It is an all-rounder when it comes to its features. It even comes with a headphone jack! Overall, a great Android device that can easily satisfy your need for a premium phone.