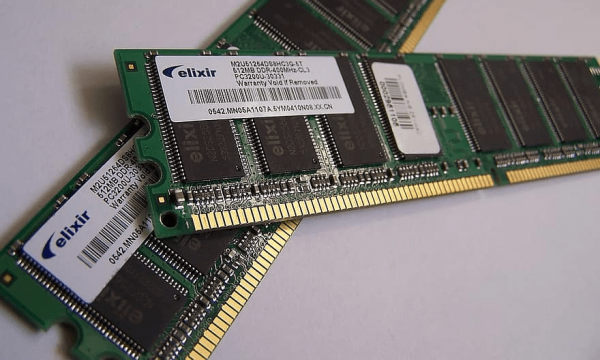 When it comes to computer storage, PCIe SSDs own the performance crown right now. PCIe is the transfer bus that is used to transmit data, and it offers a huge speed boost in comparison to the previous bus “SATA”. For those looking for the best possible performance though and are willing to put up with a fair number of potential issues, there is a faster alternative, a RAM Disk.

A RAM Disk is a software-defined hard drive that, as the name suggests, uses part of your RAM as a storage drive. RAM is the computer’s system memory, it’s used to hold all the data of running software as well as the operating system, it’s also incredibly fast. By using some of your RAM as a hard drive, you can have an incredibly high-speed storage solution.

Before getting too hyped up, it’s really worth understanding the downsides of a RAM disk. Your system RAM is what’s called “Volatile storage”, this means that any data it holds is lost when it loses power. This means that you will lose all data saved on your RAM disk when your computer shuts down, unless it’s backed up to a hard drive.

RAM is expensive and has low capacity even in comparison to SSDs. All the RAM you assign to the RAM disk is rendered unavailable for your computer to use as actual RAM, so you need to make sure you leave enough free for your operating system and any applications you may run. This means you need a lot of RAM to still end up with a pretty small RAM disk. For example, with 32 GB of RAM, you could allocate half of your memory to a RAM disk giving you a 16GB RAM disk and leaving you with a comfortable 16GB of RAM. Realistically though, a 16GB hard drive is tiny and won’t hold much data.

You really shouldn’t use a RAM disk to accelerate operating system files, especially those related to the start-up process. Doing so may cause serious system instability.

How to make a RAM disk with ASUS ROG RAMDisk

If you’re still interested in setting up a RAM Disk, you will need to find some software capable of configuring one. This article will cover using the “ASUS ROG RAMDisk” software.

Note: ASUS ROG RAMDisk is specifically designed to run on ASUS ROG motherboards. It should run on motherboards from other manufacturers, but you may find it isn’t compatible with your device.

The first thing you need to do is find a download for ASUS ROG RAMDisk. Unfortunately, there is no dedicated download page, instead, you must go into the utilities list for supported motherboards and find it there. You can found a download link on this page, you just need to select your operating system, then scroll down to the “Software and Utility” section, click “Show all” then find the top entry for “RAMDisk”.

Once you’ve downloaded, installed, and launched the software, the main window will allow you to set up one or more RAM disks. To set up a RAM disk, select a Drive letter from the “Disk” drop-down box, then configure the size in MB (MegaBytes). Alternatively, you can use the slider to configure the size of the RAM disk. The pie chart on the right-hand side indicates your total RAM, with the used RAM in blue, the unused RAM in grey, and the space allocated to RAM disks in red. Once you’re happy with your configuration, click “Add” to create the RAM disk. Current RAM disks will be listed in the bottom half of the window.

Tip: Given the already limited size of a RAM disk, its generally, a good idea to only have one, and make it as large as you need, rather than making multiple smaller ones.

Note: When you create a RAM disk the software will warn you that your computer needs to restart to use the RAM disk, but this isn’t the case, you can start using it straight away.

You can easily delete the RAM disk and free up the RAM again, by clicking the trashcan icon next to the entry in the list. Doing so will lose any data currently saved to the RAM disk, so back up or synchronise any files you that want to keep first.

The other tab in the software is “Junction” you can use this to synchronise a folder from your hard drive to your RAM disk. To do so use the “Browse” button to select a folder and add it to the junction list.

Tip: Bear in mind these synchronised folders can only have as much data as you have space on the RAM disk.

Note: You need to synchronise folders before you shut down your computer, or you may lose data. ASUS ROG RAMDisk is supposed to automatically sync when your computer shuts down, but you shouldn’t rely on that.

If you want to remove a junction folder, just click the trashcan icon. It will automatically sync changes and then reset the folder on the hard drive to its original name.