Have you ever purchased an app you wish you haven’t?  Who hasn’t, right? You said that you’d send an email for the refund later but then forgot about it. But, looks like you did end up needing that app in the first place. There’s only one issue; you have no idea what the app was called.

Sure, you could look up the category the app falls under and look for the app that’s says Purchased, but there’s a faster way. By looking at your Google Play purchase history, you can easily find that app you bought a lot faster.

Open the Google Play app and tap on the three-lined menu. Go to Account. Tap on the Purchase History tab, and you’ll see all the apps you’ve purchased on Google Play. All the apps are going to be separated into months. At the top, you’ll see how much money you’ve spent in the current month.

In the list, you’ll see the name of the app and the date you bought it. To the right, you’ll also see the price. The apps with a zero balance are the apps you tried as a free trial but canceled before they got a chance to bill you for it. If you tap on an app, you’ll see a View option that will take you to the app’s page in Google Play. There, you can uninstall the app or open it.

At the top of the Purchase History tab, you’ll see the option to set a budget. If you’re having trouble not spending too much money on apps, this feature will definitely help. Tap on the Set Budget option and enter the amount of money you want to spend monthly. Google Play will then display how much money you’ve spent so far.

Don’t worry if you change your mind about how much to spend. You’ll also see an option to remove or edit the budget you set. 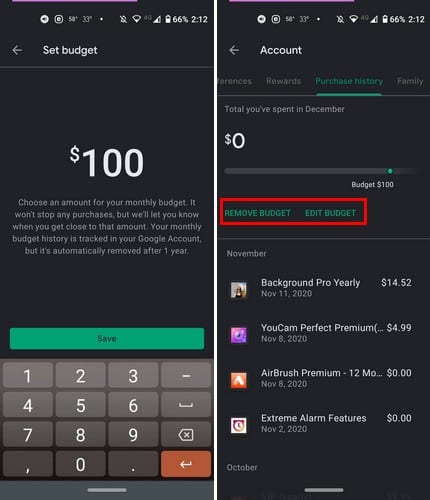 To view your Google Play purchase history on your computer, open Google Play, and click on the Account option from the options on the left side. 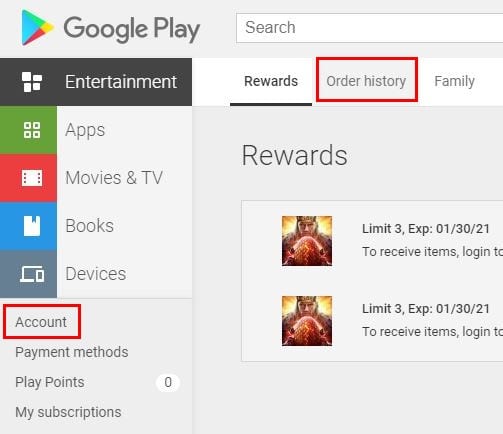 Click on the Order History tab to see all your purchased apps. Just like in Android, here you’ll also see the purchase date and the price. The app won’t be separated into sections, but they will be in the order you purchased them. There’s also a Report a Problem option, just in case.

I set a budget for Google Play on my Android device, and when I went to Google Play on my computer, the budget I set was also there. You can also view your purchased apps by categories. Click on the drop-down menu and choose what kind of apps you want to see. The options available are Apps, Movies and TV, and Books. 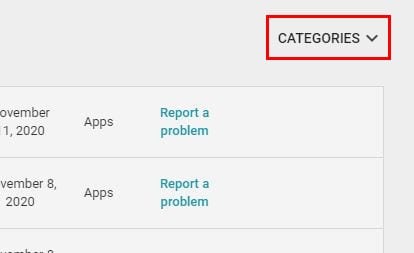 If you ever wondered what kind of apps are you spending so much money on, viewing your Google Play order history is the way to do it. Maybe buying 20 photo editing apps wasn’t such a good idea after all.