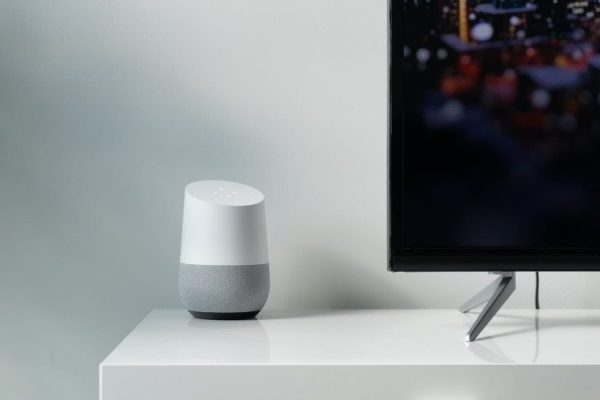 Google Home, currently known as Google Nest refers to a set of smart speakers manufactured by Google. Some of the products launched under this label include Google Home, Google Home Mini, Google Home Hub/ Google Nest Hub, Google Home Max, Next Hub Max, and Next Mini. These Google devices let the users give voice commands via Google Assistant. Apart from in-house services, third party services are also integrated that allow users to stay updated with audio news, listen to music, and control playback of videos. Another interesting aspect of Google Home is that it lets its users automate their homes, controlling their smart appliances with voice commands.

Although Google Home offers numerous benefits to its users, there have been privacy concerns and security issues lately. It has been reported that hackers can record voices of users through custom google actions, which could be downloaded unknowingly by the users. However, you can protect your privacy by securing Google Home with a few important settings. Before securing Google Home, users must ensure that there is WPA2 wireless security for their routers, and that the devices’ firmware is regularly updated. Once, the home network is secure, secure Google Home with the following steps.

The Voice Match function of Google Home is developed in such a way that it learns the user’s voice over time. It can be used for personalizing answers of a particular device, which would safeguard sensitive data from strangers. Enabling Voice Match allows Google Assistant to provide customized news updates, music playlists, payment records, routines, and travel times. The smart device only gives personal results once it recognizes the particular user’s voice.

In order to start using this function, go to the Google Home application, then click on your device. A few options will appear: Get personal results with Voice Match, Multi-user is now available, or Link your account. The options are different for a primary and a secondary user. The user will have to train the device to recognize the user’s voice by saying “Ok Google” and “Hey Google” many times. Multiple users can follow these steps to link their voices from their respective Google accounts.

Users should avoid linking more devices and accounts as data gets uploaded to third party firms and service providers. Although Google Home sends encrypted data to Google, others don’t guarantee the same type of protection. It is recommended for users to avoid linking their bank accounts, credit cards, and debit cards to Google home so that their vulnerability is reduced with less personal information.

It is better to make a new Google account exclusively for Google Home, rather than using existing Google accounts. Users need to be familiar with the voice commands that enable or disable accounts and devices. They can secure each device with additional measures, only when it is available for that particular device.

Two-factor authentication (2FA) provides one more layer of security, which plays the role of a barrier between the user’s data and hackers. A user’s Google account is linked with Google Home that could access confidential data such as Gmail, Google Drive, Google Photos, search history, and music. Hackers could get access to the user’s voice recordings and internet activity if they are able to crack the user’s Google password. This is why 2FA is recommended for users. They can secure their accounts from malicious third-party companies and hackers. However, the only way to gain access to an account is when someone has that user’s phone and knows that account’s password.

Mute the Device When Not In Use

When Google Home is unmuted, it can still get activated by other similar-sounding words and record sensitive information without the knowledge of the user. Because of this, it’s a good idea to mute Google Home when it is not being used. If the device is left unmuted, then there are higher chances for accidental wakes. The backs of these Google devices are equipped with a mute button or an on/off toggle switch. The color of the notification light will change to orange, when the user mutes the microphone. Finally, voice commands will not work until the device is unmuted.

The conversation history of a user with Google Assistant is stored in Google servers until it is deleted. It could include personal data pertaining to the health and finances of the user. In order to do delete recordings, access Google Home through that particular Google account by going to My Activity. Here, the user will be able to listen to and delete recordings. Users can delete their old recordings by using the Google Home application or by going to myactivity.google.com.