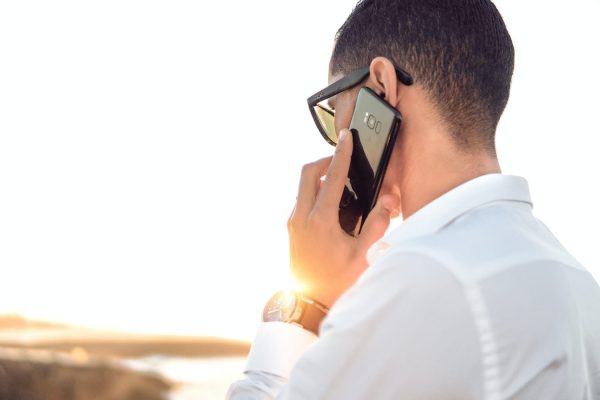 Trying to take notes during a call can be stressful, and it can take your mind away from the conversation. But what if the notes were taken for you? There are times when having a record of an important phone call is incredibly helpful. That’s where Live Caption can come in handy.

Developed by Google, Live Caption is an application that can caption anything that has audio. The main objective is to give people easier to access videos or audio content by transcribing the audio to text, which then the user can easily read.

While its definitely useful for businessmen looking to maximize their working efficiency, its an absolute lifesaver to people with disabilities. People with hearing impediments can easily access so many contents. People in crowded places can consume their audio or video information without disturbing others with the loud volume.

One particular usage for Live Caption is to transcribe phone calls. With Live Caption, you won’t miss a call with that important person in the middle of a crowded hall, where you also forgot to bring your earphone. Or turn the call into a text, to be further examined later.

Here’s how to enable Live Caption:

If you enable the option on step 5, you can see a small box under the volume adjustment when you increase or decrease your phone’s volume. Its a shortcut for enabling or disabling live caption.

Once enabled, Live Caption will create a small text box when you start a phone call. It will automatically display the text person of what the other person is saying on the call. You can move the caption box by tapping and dragging it.

As powerful and amazing Live Caption is, your heart would sink when you realize that Live Caption is only available for Pixel Phones. Google is currently working to enable Live Caption for other devices. It will probably come with the Android 11 update.

Currently, the best alternative to Live Caption is Live Transcribe. An application also developed by Google in combination with Gallaudet University.

Live Transcribe is a much more general approach to transcribing. Live Transcribe uses the phone’s microphone as its primary input. Meanwhile, Live Caption is tailored specifically for audio resources, capturing the audio directly from the media and transcribing it. That means you can transcribe videos too, but you have to play it on loudspeaker, so your microphone can hear it.

Here’s how to enable Live Transcribe:

After that, the app should automatically generate text based on what your microphone hears. Make sure the volume is loud enough so that the voice of the people you’re calling is transcribed by the app.

Since Live Transcribe uses a microphone to pick up audio, it’s a wise idea to invest in a better microphone if you plan to use it regularly. But if you’re just trying stuff out, your phone’s mic should be good enough. Voice clarity also plays a role in transcribing accuracy. A loud background sound played over a speech will cause the transcriber to pick up false positives, thus, reducing transcribing accuracy.

Live Caption uses the volume button to access the Live Caption mode. You can do the same with Live Transcribe, albeit on a different location of your phone.

You will see a small human icon on your navigation bar, like the image below.

When you press it, Live Transcribe will open, allowing you to instantly transcribe stuff on the go. It’s a useful feature to have.

Technological advancements in software development once again triumph. Live Caption is an app used to transcribe stuff so people can access the information better. Unfortunately, Live Caption only exists in Google Pixel Phones. Live Transcribe is a good alternative to Live Caption. It offers a microphone based transcribing process. While it’s generally more versatile, it is gated by the quality of the microphone and the loudness of the sound source.