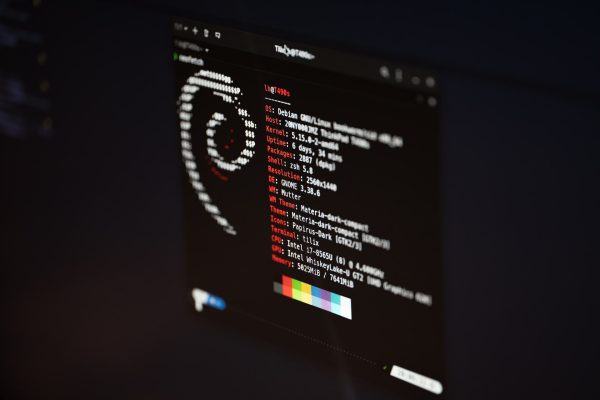 When the idea for a computer powered by Chrome was conceived, there’s no doubt that this was done with the idea of using desktop-class apps in mind. But in 2018, Google announced a few major changes to the platform, as it introduced the ability to download and install your favorite apps from the Play Store. But as the calendar rolled into 2019, so did the ability to set up Linux on Chromebook. Even today, more than four years after the original announcement, you can set up and use Linux on practically any recently-released Chromebook.

Why Would You Install Linux on Chromebook?

Google implemented the ability to set up Linux on Chromebook as a way to make these devices a bit more versatile than they were previously. Once enabled, you can use Linux for developmental purposes, whether you are building a new app or just want to tinker around. As time has passed, ChromeOS continues to evolve, as the hardware is now even powerful enough to allow users to build apps right on their Chromebooks with Android Studio. 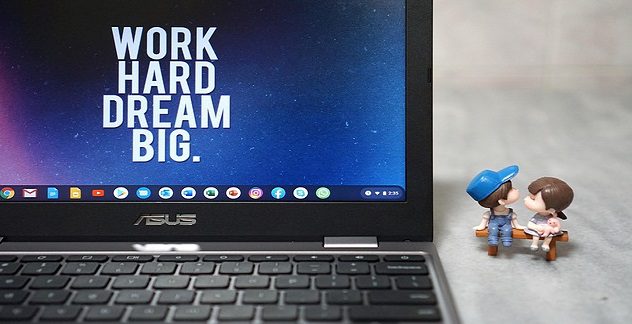 If you’ve arrived here wondering about whether your Chromebook supports Linux, chances are, you’re in luck. According to Google, essentially every Chromebook launched in 2019 and beyond, have Linux support built-in. There are some instances where this might not be the case, but the Chromebook manufacturer will have this disclosed, so you can make the right buying decision.

It’s a well-known fact that Chromebooks are released with a maximum lifespan of eight years. This is known as the AUE, or Auto Update Expiration date, and has been expanded over the past few years to provide longer official support for various Chromebook models. However, it’s important to note that if you have a Chromebook that was released before 2019, you’ll want to check the list below to make sure that it can actually be used to set up Linux.

How to Set Up Linux on Chromebook

From here, a window will appear that walks you through the various steps you need to take to set up the Linux development environment. Just follow the on-screen steps, which include things such as setting a username for the Linux partition, along with adjusting the amount of drive storage that you want Linux to have access to.

Once complete, you’ll see a Terminal window appear, which allows you to install command line tools, IDEs, and code editors. You can even go so far as to install various Linux apps with the help of tools such as Flatpak. But before doing anything else, the first step that you’ll want to take after turning on the Linux environment is to update the environment itself. 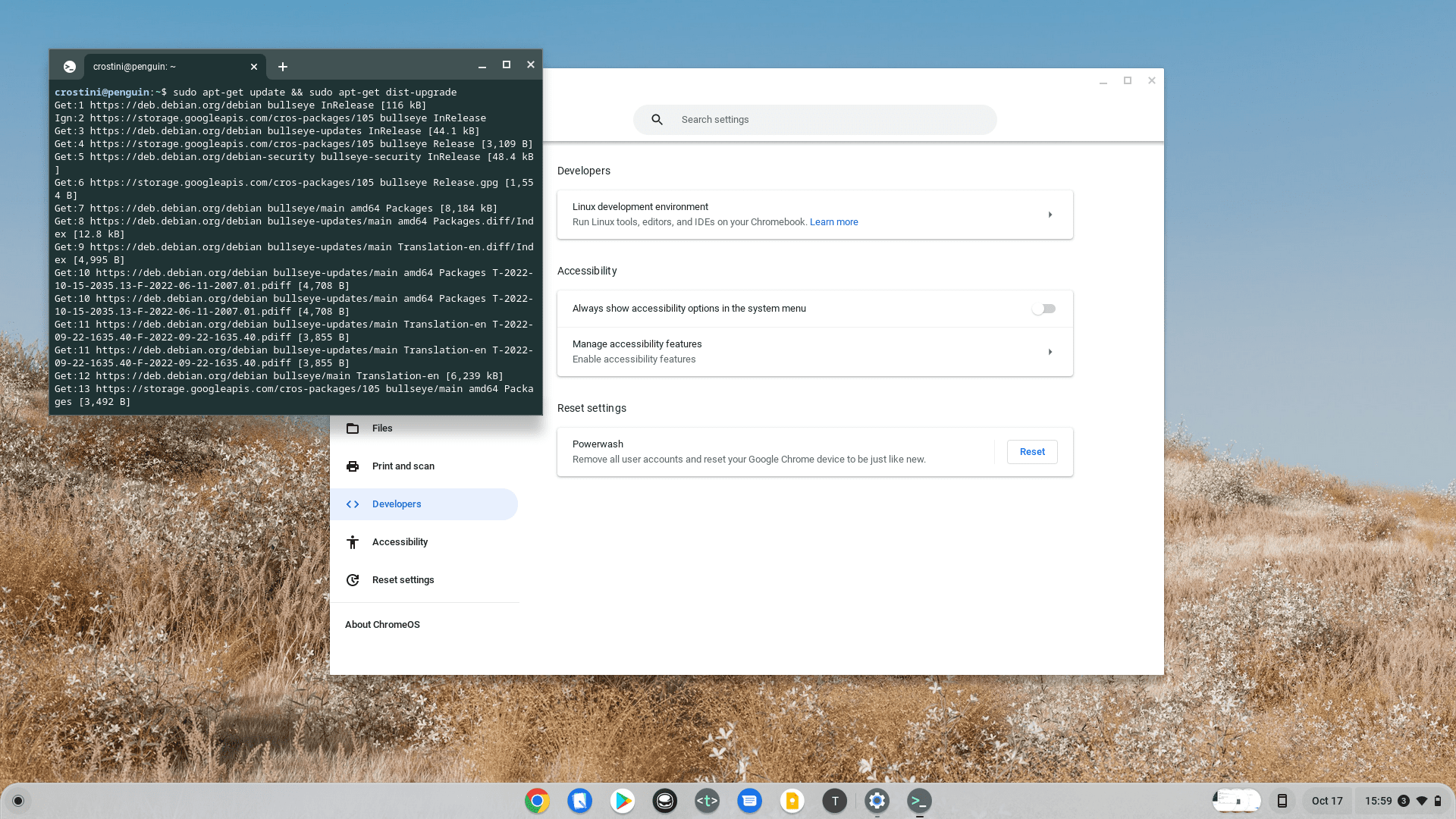 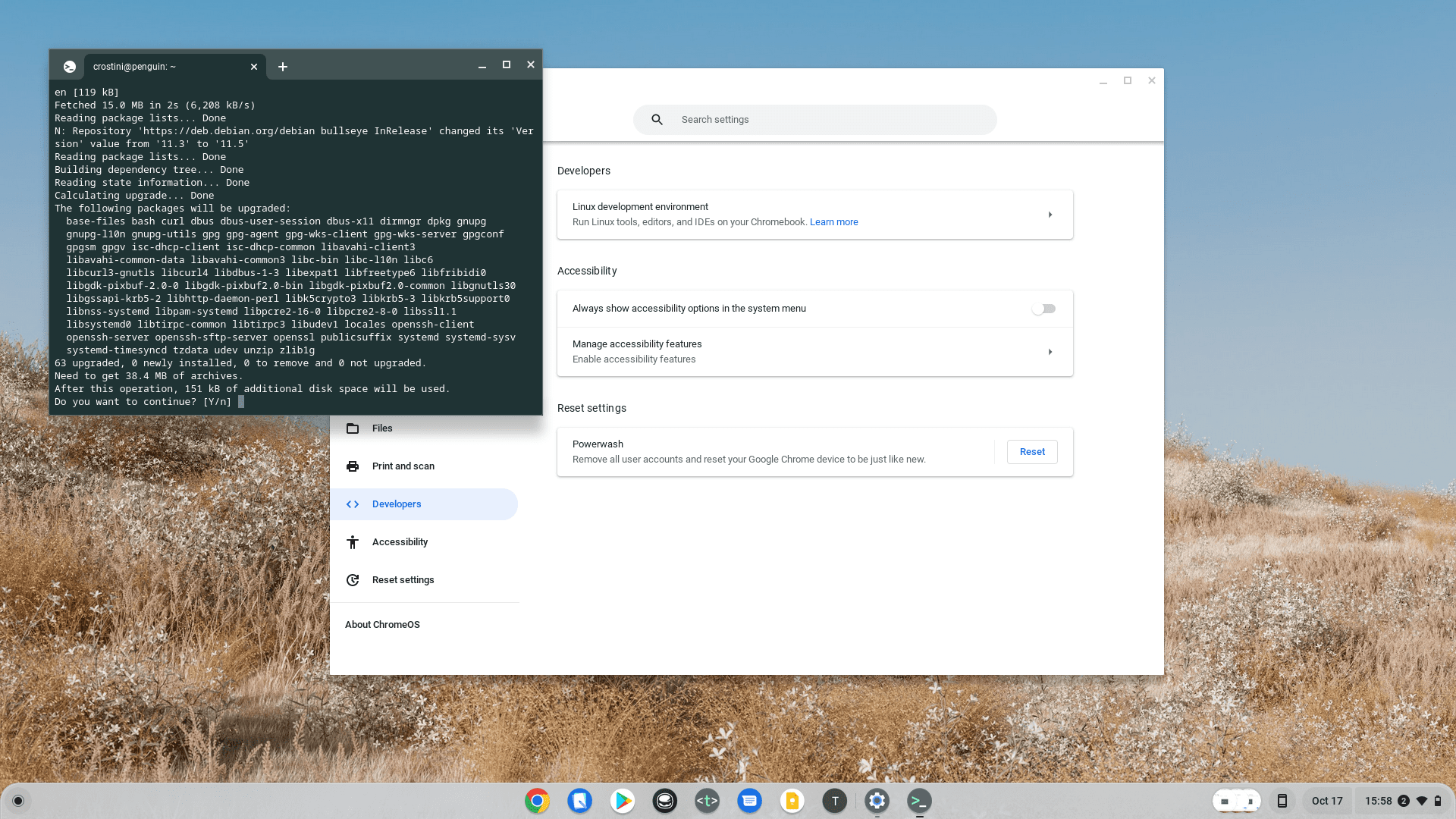 Once the script begins running, you’ll see a bunch of commands scroll across the terminal window, but you’ll want to keep an eye on it. This is because, during the update and upgrade process, you’ll be prompted to confirm that you want to make the necessary changes. Just press “y” when prompted, and the script will continue to run. After it’s finished, you’ll have the latest Linux environment installed and can proceed with installing apps or tinkering around with development tools.

While this isn’t an absolute necessity, you might find yourself installing Linux apps that need to use your Chromebook’s built-in microphone. By default, you are prompted to provide access every time that a Linux app is opened. However, you can set microphone access to be enabled whenever “turning Linux on”, by following these steps:

Now you won’t need to worry about being bothered to provide microphone access every time you open a Linux app or open the Terminal app.

Because interacting with Linux on Chromebooks primarily relies on the Terminal app, there are a few different commands that you’ll want to learn. Over time and if you stick with it, these will become second nature, and you won’t have to think about what command to use to clear your Terminal window. Here are a few commands to get you started after you set up Linux on Chromebook:

If you are new to Linux on Chromebooks, we recommend jotting down the commands you need. You can use something like Google Keep or even a physical sticky note, ensuring that you can use it as a point of reference whenever interacting with the Linux environment.

Part of the reason why Google was able to bring Linux support to ChromeOS is by essentially “putting” Linux in a separate container from the rest of the system. This allows you to use the Linux environment without wreaking too much havoc on your Chromebook, basically providing a “safe space.” Because of how Linux has been implemented, Google also makes it very easy to turn off Linux on Chromebook after it’s already been set up. Here’s how you can do so: 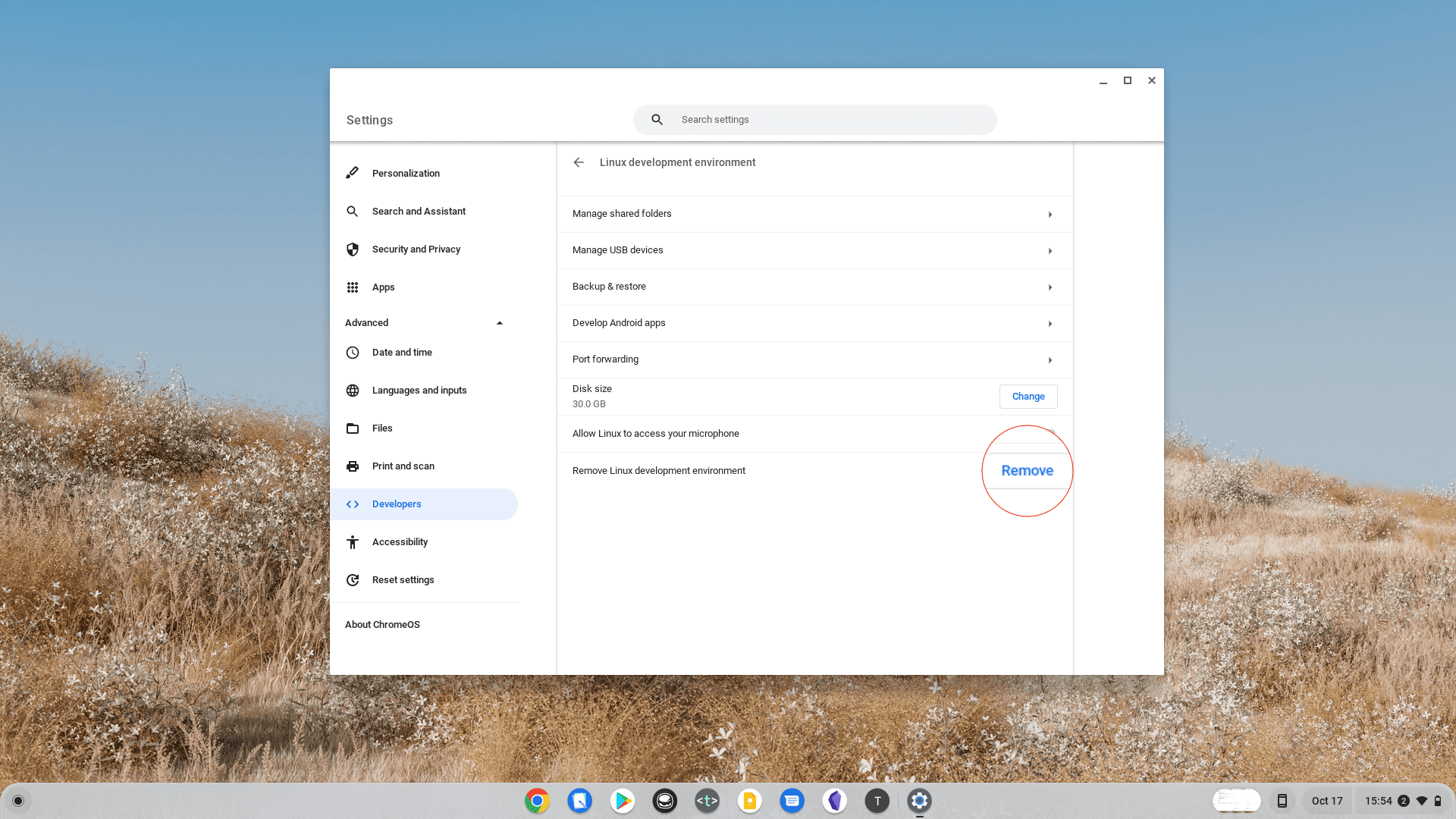 If you aren’t prompted to restart your Chromebook, we recommend doing so after you remove the Linux development environment. This should help clean up any lingering cobwebs from the Linux setup, while also allowing you to reclaim any of the storage that was set aside during the initial setup process.