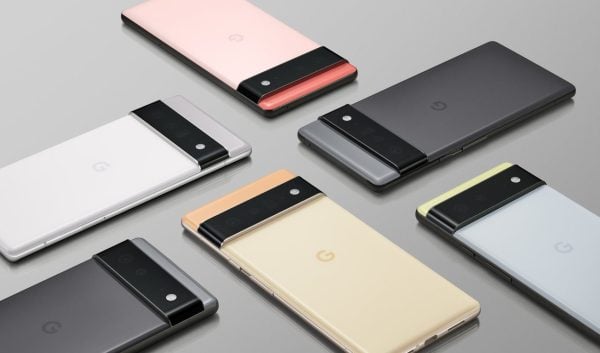 Google’s Pixel 6 and Pixel 6 Pro are two of the most impressive phones that we’ve seen from the company. These arrived late in 2021 following a rather head-scratching release cycle in 2020 that saw Google move away from flagship devices. But just like some of the best Android phones, you might run into some issues from time to time, when you’ll need to restart Pixel 6.

How To Restart Pixel 6 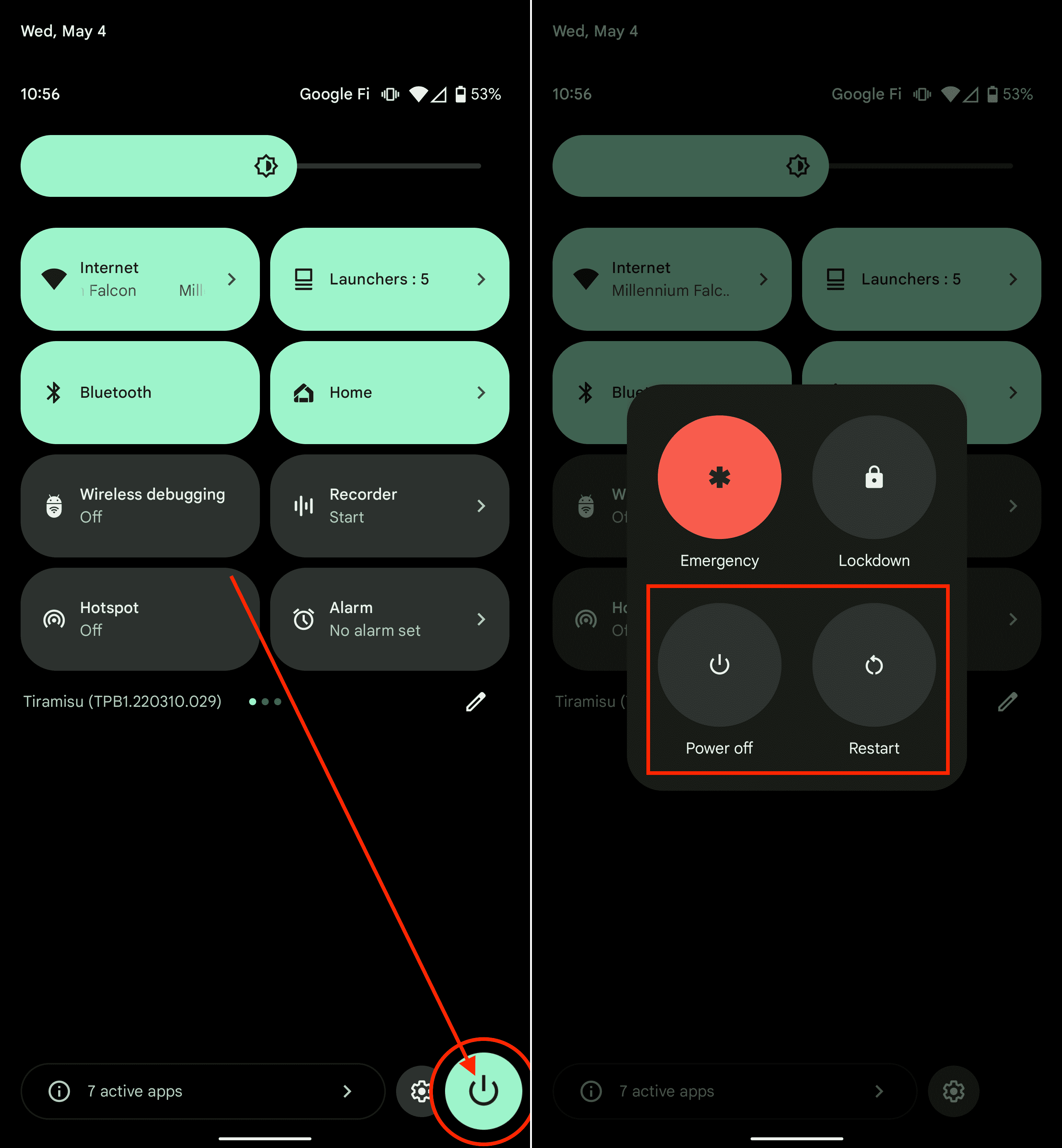 There are two methods if you find yourself needing to restart Pixel 6. The first method is the one that we use most of the time and is just software-based. Here’s how you can restart the Pixel 6 without needing to use any hardware buttons:

As a note, if you power off the Pixel 6, press and hold the Power button until the Google logo appears. From there, you’ll need to enter your password or PIN code in order to unlock the phone again. Unfortunately, Google doesn’t make it possible for you to use the fingerprint scanner after the device has been restarted or turned off.

Use Google Assistant To Restart Pixel 6 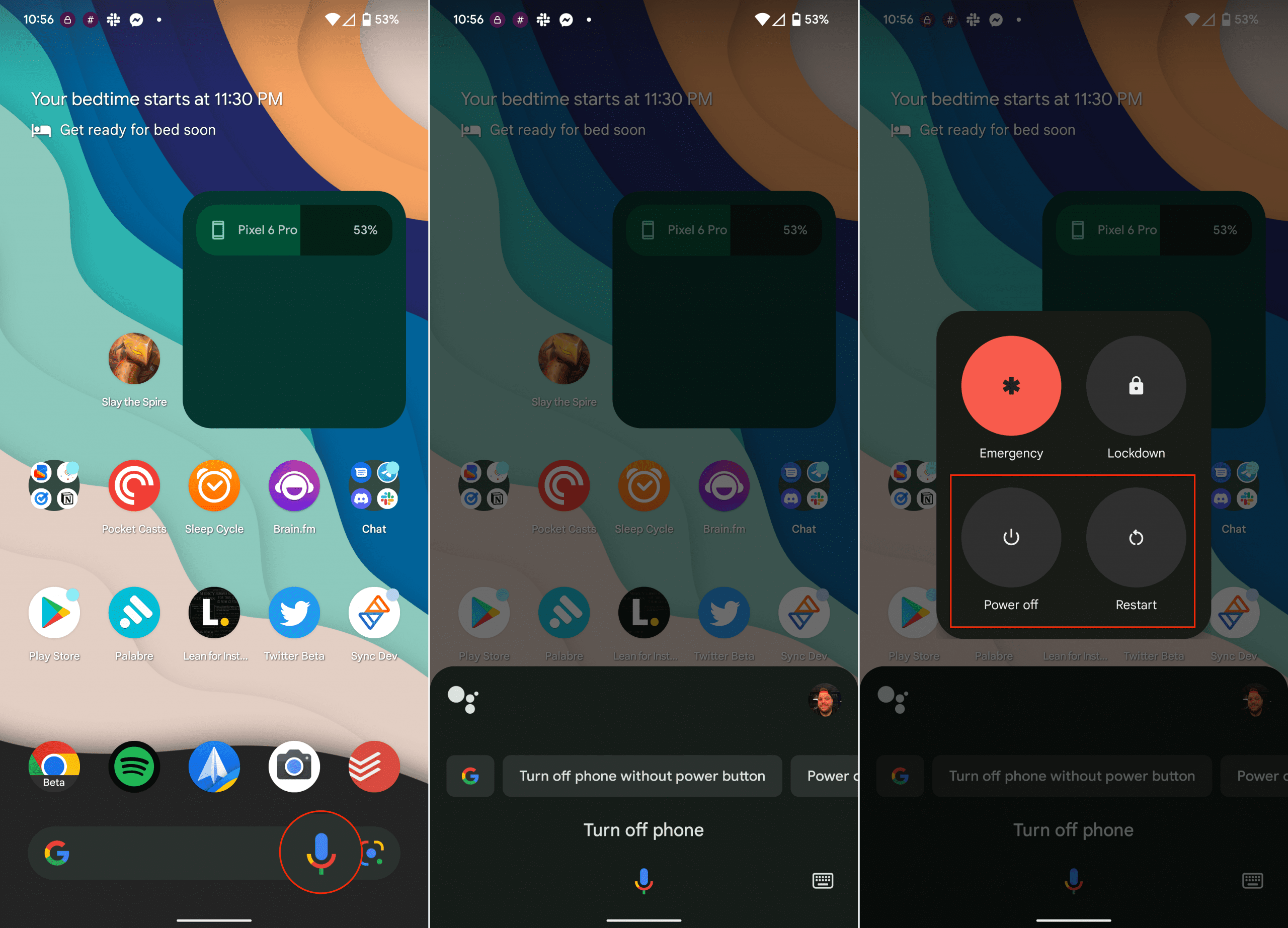 The Pixel 6 will then restart, just like it would using any other methods on this list. It just goes to show you that Google Assistant is much more useful than just being used to check the weather or turn off your smart lights.

How to Hard Restart Pixel 6

Chances are, the software method for restarting the Pixel 6 will work for you most of the time. However, considering that there are quite a few bugs that are causing issues with Google’s latest devices, you might need to hard restart Pixel 6. If you fall into this camp, then you’re in luck.

After the Google logo appears, you’ll again need to enter your password or PIN code. As an added security measure, Google does not make it possible for you to use the in-screen fingerprint scanner after the phone has been restarted.

As you would expect, these three methods to restart Pixel 6 are also applicable to the Pixel 6 Pro. Outside of a few design differences (i.e. larger screens and an extra rear camera), the hardware between these two phones is identical.

In the event that you’re still running into issues with your Pixel 6 or Pixel 6 Pro and it won’t restart, there’s one more thing you can try. Plug the phone into a compatible charger, and wait between 15 to 30 minutes. This ensures that your phone has enough juice to power back on, and then press the Power button to turn the phone back on.