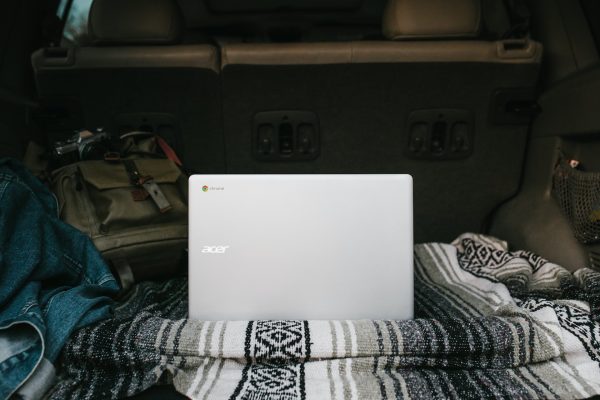 Various limitations have existed for about as long as Chromebooks have been around. Throughout the past few years, ChromeOS and Chromebooks have exploded in popularity, with some even being able to offer parity with their Windows counterparts regarding what’s found under the hood.

While it’s pretty awesome to download and install your favorite Android apps, the same can’t be said when gaming on Chromebooks. Until earlier this year, you were limited to games available from the Play Store and a few different cloud gaming solutions such as Xbox Cloud Gaming, NVIDIA GeForce Now, Amazon Luna, and others.

The lack of GPU support is part of the problem with traditional “on-device” gaming with Chromebooks. Thankfully Intel and AMD have made incredible improvements to their processors, bringing onboard graphics. As such, Google has been working with Valve to make it possible to play Steam games on Chromebooks, even without a dedicated graphics card.

There are still some limitations, as this isn’t available for all Chromebook users just yet. However, the Steam program for ChromeOS was recently expanded to include more Chromebooks.

Before you can start trying to play Steam games on Chromebooks, it’s important first to find out whether your Chromebook is compatible. According to Google, you’ll need a device powered by at least an Intel Core i3 or AMD Ryzen 3 processor while being equipped with at least 8GB of RAM. Unfortunately, this means that if you have anything less than that, you won’t be able to try Steam on your Chromebook. Making the entire process even more confusing is that even if you have a Chromebook that meets the requirements from a hardware perspective, Google is only making it available on specific Chromebook models. Here’s the entire list:

Provided that you have one of the Chromebooks mentioned above, there are a few more steps you’ll need to take before you can start to play Steam games on Chromebooks.

Switch Over to the ChromeOS Beta Channel

Besides making sure your Chromebook is compatible, the first step you have to take is to switch over to the Beta Channel. This is the second most-updated version of the software, with Google tending to release updates multiple times per week. This also means that bugs could render other system parts inoperable until another update arrives. With that in mind, you can switch to the Beta Channel on your Chromebook.

As soon as you switch over to the Beta channel on your Chromebook, the most recent and available update will begin to download. After the download is complete, you’ll be prompted to restart your Chromebook. Once the Beta Channel is activated, and the updated software is installed, you’ll be able to proceed with the steps to play Steam games on Chromebooks.

With the Beta Channel enabled and your Chromebook fresh off a restart, it’s time to get Steam up and running. This next step requires you to enable a couple of flags, which is an easy enough process if you know where to look.

If You Can’t Find Steam in the ChromeOS Launcher …

According to the updated Chromium Support page to play Steam games on a Chromebook, there’s a chance that you might not find the option to install Steam. Luckily, there’s a workaround for this, but you’ll need to open a “Crosh Terminal.” Essentially, this is a developer environment akin to Command Prompt on Windows or Terminal on macOS and allows ChromeOS users to run various commands.

Play Even More Steam Games on Chromebooks with Proton

Beneath the surface, ChromeOS is technically built on Linux, which opens the door for you to expand outside the confines of Google’s Chrome and the Play Store. However, Valve has also been working on a compatibility tool that makes it easier to run apps and games on Linux, which is also available for Chromebooks. This is called “Proton” and is an open-source project you can view on GitHub.

If specific games don’t run particularly well “out of the box” after installing Steam, you can enable and activate the Proton Experimental layer within ChromeOS.

You can also do that if you prefer to enable the Proton Experimental compatibility layer for your entire Steam library. Doing so should help cover any bases if you run into issues with games that you might install in the future.

Some of the Best Steam Games for Chromebooks

It’s important to remember that while playing Steam games on Chromebooks is pretty incredible, there’s still a lot of work to do before this is made available for everyone. That being said, there are also limitations to the different games you can play, so we wouldn’t recommend trying to play recent AAA titles such as Cyberpunk 2077 or Call of Duty: Modern Warfare. On the bright side, Google has provided a list of some of the best Steam games that have been verified to work with Chromebooks and ChromeOS. Here are some of the highlights:

Even if you install one of the games listed as verified by Google, depending on the specs of your Chromebook, you might still run into some issues. If this happens to you, it’s recommended that you try to make adjustments to the in-game graphical settings. Tweaking some of the settings here and there could help make the game run buttery smooth, even on a Chromebook.