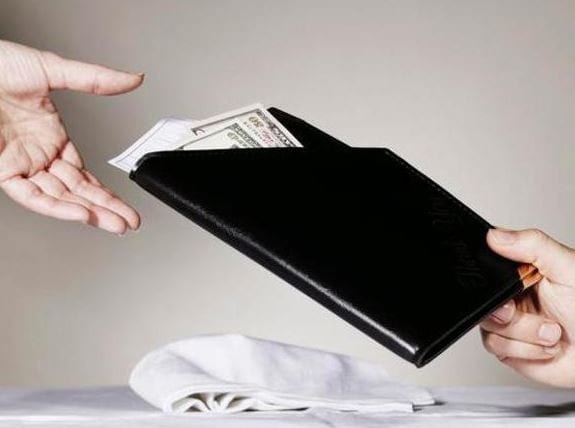 Calculating a tip in a restaurant between the server handing you the bill and being ready to take payment can be a little stressful if you’re not good at quick math. It gets even worse if you want to split the bill around the table as you’ve then got to calculate that too. Thankfully some of the almost limitless numbers of apps on the Google Play app store are tip calculators, designed specifically to help you out in this scenario. We’ve rounded up a shortlist of tip calculator apps that we recommend to make your search for a good one that little bit quicker.

Tip Calculator is a super simple app with just three things you can adjust. At the top, you’ve got the “Bill Total,” where you need to type in the total amount of your bill. A little further down, at the top of the second section, you have the “Tip %” slider, which you can use to adjust to the percentage tip you want to give up to thirty percent. You can see the overall tip amount change in real-time as you adjust the tip percentage slider.

If you need to split the bill between multiple people, you can use the “Split” slider to select a split for up to thirty people. Just below the split slider, you can see a breakdown of how much of the tip and the total price each person has to pay. At the bottom of the page are a pair of buttons that allow you to round up or down the total price, including the tip.

Tip Calculator — Free with No Ads is a completely free tip calculator, which, as the name suggests, also has no ads. The app’s layout is super intuitive; you enter the bill’s base cost at the top and then adjust the tip slider to the desired percentage, up to twenty-five percent.

Specify below that you want to split the bill and see a per-person total for up to fifteen people. You can round either the total or the split total up if you want to deal with easier whole numbers.

Tip N Split Tip Calculator allows you to configure the bill cost, tip percentage, and the number of people to split the bill between like other apps but has no limits on the percentage or how many ways you want to split the bill. It also allows you to adjust the specific tip amount and all other generated numbers too, giving you complete flexibility in how much you pay.

Tip N Split Tip Calculator’s great features are a built-in tipping guide for twelve different countries. The guides explain if tipping is expected or not and, if so, how much is expected in what scenarios. These guides can help to prevent you from making a tipping faux pas when traveling.

Tip Me (Tip Calculator) offers all of the standard features of a tipping calculator, allowing you to enter the bill, configure a tip percentage with a limit of the ninety-nine percent, and configure how many ways you want to split the bill, again up to ninety-nine people.

Unlike other tip calculators, however, Tip Me (Tip Calculator) allows you to adjust the share of individual people’s bills, so each person only pays for what they ordered. It also includes a coupon feature, so you can easily work out a discount too.

Each of these tip calculators has its own compelling reason to use them, but it’s difficult to choose which one is the outright best, so we’ll leave that choice down to you. Which app feature do you think will help you out the most?