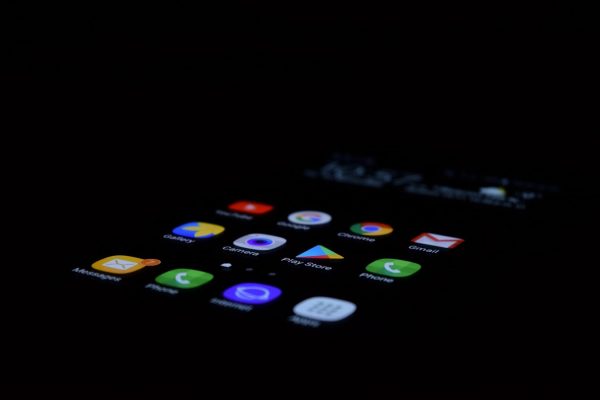 The latest version of the Android series made its way into the market in early September, 2019. It is the seventeenth version of the mobile operating system called Android. The latest version was released with the following edits and addition to the interface, features, functions, and general Operating System. Although the three-button keys that are available in older Android versions in the shape of triangle, square and circles are still installed, the gesture is the main form of navigation.

A whole screen gesture system is enabled, allowing users to flip and swap with little or no effort. To keep the three key navigation, OEM is expected to be enabled. It also comes with a richer user experience by introducing a new feature called bubbles that blocks apps from popping up unceremoniously on the main screen.

The version blocks the whole feature of the overlay that exists in the previous Android version. It comes with a dark background theme called black mode. The thing with this is that even other third-party apps can adopt this feature to save battery and protect eyes. Settings are also integrated with third-party apps such that one does not have to exit the app to make some changes in the settings.

There is also a major security upgrade and issues like location and GPS tracking are handled. Ideally, most apps cannot function until you grant them access to your location. Now you can restrict the app to only access that info when you are using it. Foldable phones can now access platform optimizations with app continuity and support for multi-display and split-screen. With the introduction of Android 10, must phones that were made with the previous version of Android can now be upgraded to the latest Android. Although not all phones are upgradable, Oneplus 6 and 6t are.

The Oneplus mobiles are more than just another phone manufacturing firm based in China with offices everywhere. It uses color-shifting glass technology. This technology enables it to possess transparency and allow it to have what is called an invisible camera.

One Plus Technology (Shenzhen) Co., Ltd., was created by Carl Pei and the current CEO Pete Lau. It has its headquarters in Shenzhen, Guangdong and is mostly known as Oneplus. In the past few years, the company has expanded and is now well spread over the globe with over 10 mobile phones launched since 2014. OnePlus 6 and OnePlus 6T did not come with the Android version 10 but instead ran of Android pie. Now for most users using it, the phone has got you covered. It has updated its software to allow it to install or update to the latest version of Android.

For Oneplus 6 and 6T, users can upgrade to the OxygenOS Beta 5 version, or just download and install Android 10. With the OxygenOS beta 5, the size of the file is 1.85 GB and it upgrades your phone to Android 10. It also fixes some issues with overall device performance and stability, improved Zen Mode and no duplicated contacts. The official phone update is 1.79GB in size and has fixed the swipe to unlock motion that was causing a flickering screen problem. It has also increased system performance with an Android patch 2020.02 updated.

To update either the beta or the system it is the same steps. Go to the Oneplus Official Mobile Website and click on the menu or home icon(that’s the three stacked lines on the left top side of the page). From there a dropdown menu is displayed where you go to support then software upgrade. Here you can pick the phone model you want, OnePlus 6 or 6t and proceed to the beta build. On this page, there is a big red download button. Although it is advisable to download the file on a pc then send it to your mobile phone, users can also download it on the phone directly. Always ensure you back up your files before you erase or factory reset your phone.

Transfer the zip file on your phone if you downloaded it externally and go to your phone settings. In settings there is a system upgrade button, click on it and then click on the Settings icon on the top left corner. Navigate to local upgrades and browse your internal storage to install the downloaded zip file.

Most users have complained that the latest beta version with android 10 is messing with the fingerprints scanner and causing issues in the Oneplus 6 version. The company has confirmed this and is working to change it. Sit back and relax as the upgrade might take a minute to several minutes. After is done turn off and on your phone for a richer user experience.