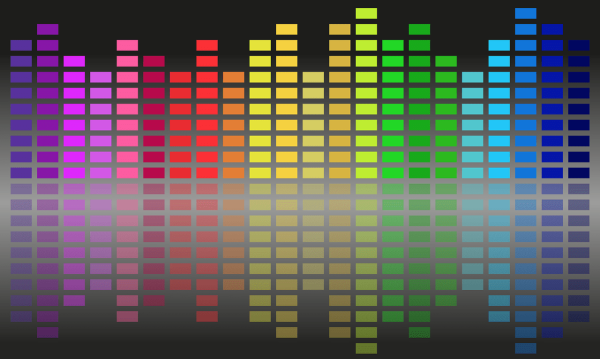 Most audio and modern headphones operate in “Stereo”. This means that they play two audio channels, left and right. These channels are generally slightly different, although this isn’t a requirement. Using two channels can provide a sense of spatial positioning for the sounds being played.

For instance, by having a certain instrument in a song sound slightly louder and earlier in one ear than the other, our brains interpret that as the sound coming from that direction. This is taken the furthest in proper 3D audio, such as often found in video games and binaural audio.

In video games, your character is generally in a three-dimensional world, and with careful sound processing and stereo volume management, it’s possible to make sounds appear to come from a specific direction, such as behind you or to your left, giving you a more immersive experience. In binaural audio, two microphones are used to record two separate sound channels that directly map to your left and right headphones and ears. With this technique it’s possible to playback audio so accurately, you could track an object moving around you through sound alone.

There are times though where stereo audio actually makes things worse though. For example, if you’ve only got one headphone in, or if you’re deaf in one ear, you still want to hear every sound. In this scenario, you may not be able to get the full 3D experience, but you don’t want to miss any of the sounds being played on the other headphone.

This is where mono audio comes in. Mono combines both stereo audio tracks into one track, this loses the capacity for 3D audio, but it also means that all sounds are audible to each ear. Thankfully, for those people that want to use mono audio, doing so is easy in Windows 10.

How to enable mono audio in Windows 10

You can open the Settings app to the exact page and setting you need, by pressing the Windows key, typing “Turn mono audio on or off” and hitting enter.

In the Settings app, click the “Turn on mono audio” slider to the “on” position. The setting will instantly apply, no need to save anything.