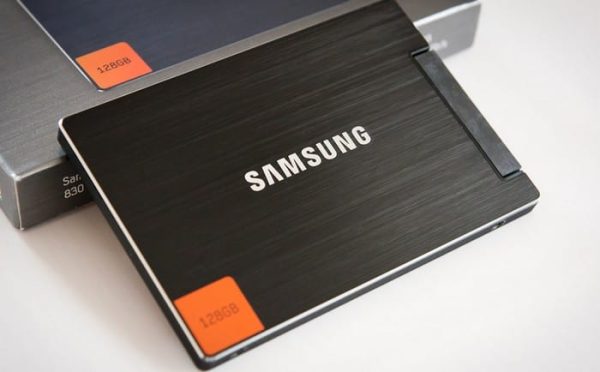 If you’re looking at buying a new SSD, you may see that some SSDs are more expensive than others. Obviously, the biggest factor in the price is the capacity of the SSD with larger SSDs being more expensive. Another important factor in the price is the speed of an SSD but it can be hard to tell what the advertised speeds really mean and if they will really affect you.

How is SSD speed measured?

There are four main measurements that are used to compare storage performance: sequential read, sequential write, random 4K read, and random 4K write. Together these are intended to test the SSDs read and write performance when dealing with both small and large files.

The sequential read and write tests show the performance when reading and writing a single large file, this is comparable to the real-world scenario of accessing a large video file. The random 4K read and write tests show the SSDs performance when accessing a number of smaller files of 4KiB randomly located on the drive. The random 4K tests are designed to represent more common real-world usage such as opening documents or loading a video game

Tip: KiB or the kibibyte is a unit of measurement for data size, with one kibibyte being 1024 Bytes and 4KiB being 4096 bytes. Kibi is a standard prefix from the IEC (International Electrotechnical Commission) it’s designed to take into account that in binary, the SI (Système international, or international system) prefix of Kilo (1000) is not a whole number. Using kibibytes rather than kilobytes clarifies the measurement of file and drive sizes. The scale continues mirrored with the SI prefixes kilo, mega, tera, peta, exa, zetta, and yotta, in the form kibi, mebi, gibi, tebi, pebi, exbi, zebi, and yobi. 1024 kibibytes make up a mebibyte, 1024 mebibytes make up a gibibyte and so on. The shorthand prefix is always the same as the equivalent SI prefix but places a lower case “i” afterwards e.g. Mi for mebi, instead of M for mega.

The following table compares the performance of a high-end HDD, a high-end SATA SSD, and a high-end PCIe SSD, using average data from the user benchmarking site userbenchmark.com. This site was used as a data source as all hard drives were tested with the same software and settings, while the average measurement helps to prevent the cherry-picking of results.

Tip: You can think of the transport bus as a logical connector or as a communications protocol.

SATA is the same transport bus as used by HDDs and is limited to speeds of 600MB/s. PCIe is a different transport bus that allows a much higher transfer speed. The standard PCIe generation 3 bus allows a speed of up to 3900MB/s with the newer gen4 version supporting up to 7800 MB/s

As you can see from the results, all of the speeds increase across the board, in the real world this translates to faster boot times, faster copying of large numbers of files, faster reading/writing of large files, faster virus scans, and faster loading times in video games. All of these scenarios can take advantage of the faster speeds associated with both large and small files.

In terms of other common daily tasks, you won’t notice much difference when opening most small programs, browsing the internet, word processing, playing music, or viewing photographs. These activities don’t use the hard drive much and so will see very little performance increase from a faster SSD.

Overall, you’ll have to decide if you perform enough SSD intensive activities to warrant paying more for a faster SSD. The difference between a fast and a slower SSD can absolutely be noticeable, but only with certain types of workloads.