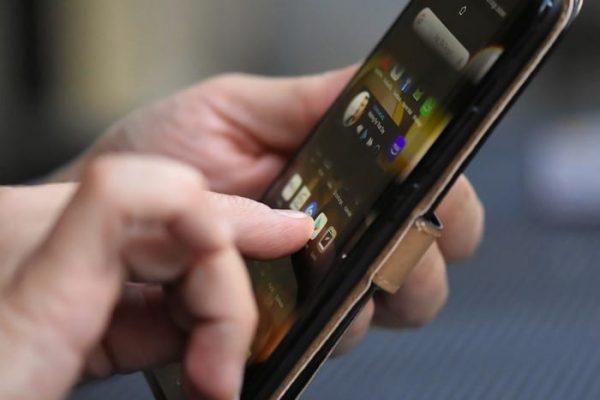 Smartphones are a fantastic and powerful tool in our pockets, but they aren’t ideal for everyone – at least not with a bit of tweaking first. Especially visually-impaired people and older citizens struggle with them – there are too many functions, too many small buttons and so on.

Thankfully, there is a way around a lot of these issues: The use of a custom launcher. Installing one will change the entire user experience of the phone, and there are ones specially developed for people who struggle with standard smartphones.

Below is a list of some of the best ones we’ve come across!

This launcher offers big buttons with simple functions and both a regular and high-contrast version that is particularly suitable for the visually impaired. In order to run properly, it does require additional apps from the same developer, such as Grand SMS and Grand Phone, but in combination, they make a strong experience. It features a keyboard that has the keys in alphabetical order rather than Qwerty or Qwertz, making it easier for people who are used to phones with 1abc buttons.

This app was specifically designed for people who struggle with the standard Android experience – it has a simple, high-contrast design with large buttons and limited options to make it easier for sight-impaired people to use. It also features an SOS button for emergencies. All controls are single-touch – no pinching, zooming, double-tapping or anything of the sort. Shortcuts and contacts are put on the home screen, and unwanted apps can be hidden from users to make things simpler.

As a bonus: This launcher is compatible with hardware keyboards and Tecla wheelchair interfaces – it can also be used by paralysed people.

This app was developed for older users specifically, and most of its functions are geared towards this. It features large buttons and simple to see contact pictures for phone contacts as well as buttons and options specifically useful for senior citizens. This includes Medical Reminders for pills to take, a to do list, and use of the camera as a magnifying glass as well as a help button. Though not very visually appealing, this app is a great choice for users who need functions like these.

This colourful launcher is a particularly ‘guided’ one – it provides instructions at every step, such as info text in each field when creating a new contact. For example ‘I write a phone number here (Mobile)’ so the user knows what to put where. Functions like the calendar and other apps also come with similar features – instead of just opening the calendar, the app asks the user what they want to do, such as adding a new event, looking at the calendar, or searching for a specific event. This way, the odds of accidental changes are minimised, and less experienced users know what they need to do or what they can do at every step! It also requires installing additional apps for full functionality – there is an entire Elementique Senior Suite.

Unlike some of the other options on this list, this launcher doesn’t have that many special features – it’s very basic and only has the minimum of functions needed to use the phone, such as the ability to text, call, take and view photos and access the settings. It also features an SOS button. This app is ideal for users who really only want to use their smartphone to call, and struggle with additional functions or simply don’t want them.