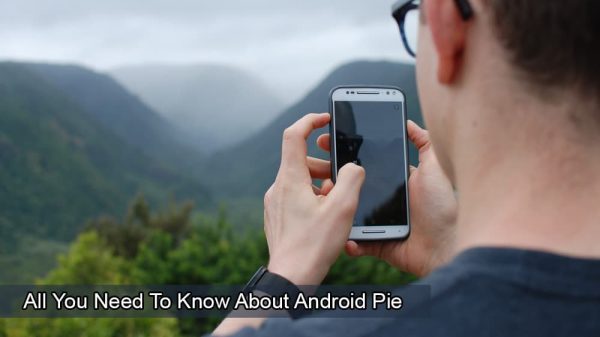 If we are to count all of the devices in the world that people use to access the internet, then Android it the most common operating system, especially in Africa and South-East Asia. The OS gets constant updates usually called after sweets and deserts, and there are several things you need to know about Android Pie, or version 9.0.0.

Not only will this new update bring a number of options for users, but also Android developers. From improved security to a number of UI features that will help you both use and make apps, everything is included.

What is Android Pie?

Android Pie, also known as Android 9 Pie, is the latest version of the Android OS. It was first launched in 2018 and the update is available for almost all new Android phones.

Phones launched in 2018-2019 would most likely be updated already, while others will have to be updated manually. New flagships phones from Samsung, Google, Essential and Huawei all have the green light to update.

For older phones, you will need to check if your Android can be updated. Go to settings, locate and press “system,” then press “System update”. This procedure isn’t available on some older Androids. Also, note that this update doesn’t come with any additional fees, it is 100% free.

Depending on your phone or tablet, your proficiency, and your needs, you may want to opt for a different operating system or learn how to make the most out of the Android version on your smartphone.

There are many features to be enjoyed when you update to Android Pie. 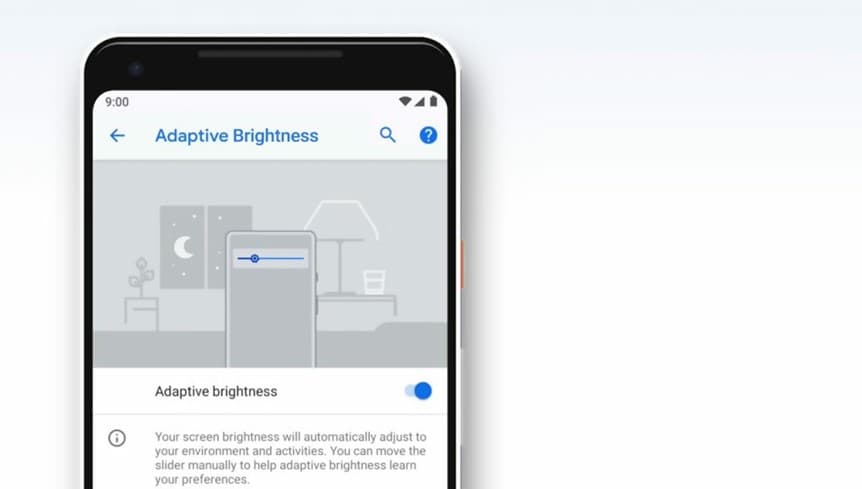 Most Androids come with a brightness feature, where you must manually adjust the brightness of your phone to suit your surroundings. However, Google has now introduced adaptive brightness. All you need to do is to set it one time and allow it to do the work for you. It automatically increases the brightness of your screen when you are out in the sun and reduces the screen light when indoors.

This is one of the biggest improvements the latest Android version offers. The program learns how you use your phone and what apps you spend more than an average amount of time on. Once it understands your usage, it then focuses on your prevalent apps and reduces the power supplied to less used ones. It adapts so you can be more productive.

Google has taken this a step up from what App Prediction used to be. In the previous Android version, apps which were most used would be presented in the top row of your phone above other applications. This would make it easy to see apps which you use frequently or the ones you last used. With the Android Pie update, you not only will you see the apps, but the actions which you regularly carry out on that app will be suggested for you. 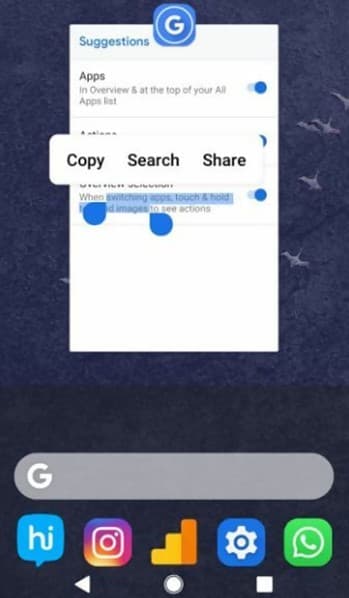 Many applications do not let you copy texts while using them, this can be frustrating as you must take a screenshot and then type the text out manually. With the latest update comes an Overview selection, whether the app provides a native ability to copy text or not, all you must do is go to the “Overview Screen”, and long press until three options pop up; copy, search and share. After these show up, you can pick whichever action you want to perform.

This feature provides additional security on your phone. Even if you have authorized permission for an app, including access to mic, location, and all Sensor Manager, it becomes restricted when the app is idle.

There is also a lockdown option that can be activated from Settings. When you tap, it automatically shuts down your phone. You will need to use your Pin, Password or Pattern to manually unlock it.