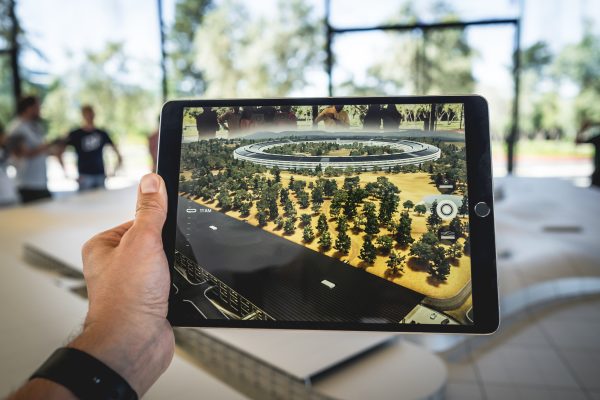 A new era is upon us and we are talking about augmented reality. The technology world is ready to usher in the era. So far, the advancements have focused more on virtual reality. But what is the difference between them? Virtual reality uses a headset device to put you in a completely different digital world.

While the year 2020 hasn’t yet delivered on this, there have been some attempts to bring augmented reality to our doorsteps. Those attempts, however, have just left users thirsty for the real deal. Augmented Reality is a very complex concept with many variations which is why making it a reality has been such a challenge. However, these companies are doing their best to introduce AR glasses to the masses.

Recently, the founder of Ambarish Mitra sprung a new company called Augmented Reality Laboratories. And just by the name, you can guess what is going on behind closed labs. The company possesses some sort of advantage over others in the industry because it focuses on one goal: bringing forth augmented reality. They have also been successful in creating the first Augmented Reality digital ad platform.

The company has also gone into augmented reality glasses as well and is currently working on a new pair. With their current advances, we expect quick results from them.

We are all familiar with the Microsoft HoloLens, which was introduced in 2016. Although most people refer to them as augmented reality glasses, they are actually mixed reality glasses. The HoloLens is the incorporation of a pair of headset and glasses. They are currently a hot-selling commodity, though not available for gamers.

Even before 2016, Microsoft has been into AR. They are currently working to introduce the first full AR glasses. But, there is more heat on them now with so many companies going into it.

Bose already broke the internet with their incredible popular version of sunglasses, with headphones embedded. Everyone so far seems to love the Bose sunglasses that protect the ears.

The sunglasses may be great, but they are not what was promised. In 2018, Bose announced that they were working on a pair of augmented reality glasses. They promised users the first augmented reality audio platform. What they are offering is more than just AR glasses.

They are currently working hard on an AR platform that can be integrated into headphones, bike helmets and practically any eye cover equipment. The pair of glasses they are working on will be more than just augmented reality. They will also serve as a great personal assistant that can anticipate your needs and act on them.

Google is one of the first companies that ventured into augmented reality when it was still in its infancy. It was rumored to become the next big thing. However, when they released Google glasses in 2011, they were a far cry from what was expected for augmented reality glasses.

The glasses served as a link to user phones and laptops by letting them access their phones and surf the Internet, check out Facebook, Google Maps among other things by using voice commands. Needless to say, the glasses were a big bust.

Now, it seems Google is ready for redemption and looking to correct their mistake with a new pair of Augmented Reality glasses.

We all know that it is not really a race if Apple is not at the forefront. According to MacRunners.com, Apple has a team employers working tirelessly on a pair of augmented reality glasses. Last year Digi Times let it slip that the team working on the project encountered a glitch along the way and it is unclear where they stand.

From what has been said it is expected that the project will probably be a pair of AR glasses. Users have also noticed that the new versions of Apple phones have chips embedded and tech that make them AR compatible. This could be in preparation for the Apple AR glasses.

Whenever it has to do with groundbreaking technology, you can bet your bottom dollar that Facebook has a card up their sleeve.

According to CNBC, Mark Zuckerberg, the founder of Facebook, made some pretty big claims about AR at the beginning of 2020. “The technology platform of the 2010s was the mobile phone,” Zuckerberg wrote in a Facebook post on Thursday. “While I expect phones to still be our primary devices through most of this decade, at some point in the 2020s, we will get breakthrough augmented reality glasses that will redefine our relationship with technology.”

They are either currently working on, or have their sight set on acquiring a new AR firm working on a pair of glasses. Whichever it is, Facebook never disappoints.

The Future of Augmented Reality

Just like with virtual reality, we are probably in for a long ride before we start to see real tech at our fingertips. But it is coming. And with these big names at the helm of this reality revolution, we’re pretty sure it’ll be worth the wait.