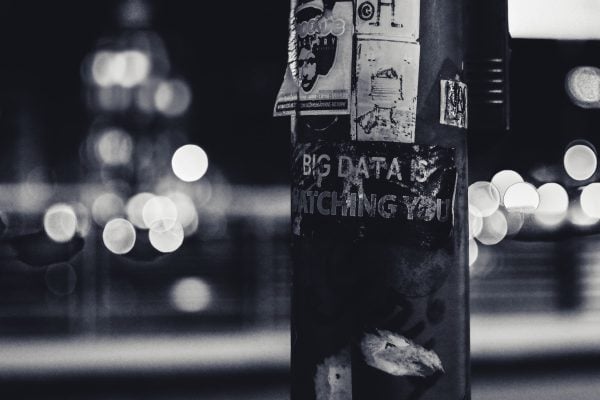 When was the last time you actually read a privacy agreement before clicking on the “I agree” button and moving on? Let’s assume not very recently. When the app, FaceApp, was first launched and introduced into the masses, there were some crazy rumors about the app taking your picture and storing it in their database for later use.

Whether or not it was true, this freaked so many people out that the app’s users dropped by half the following month. What most people don’t know is that there are companies who do exactly that. They take information about people on social media, gaming sites, etc. and store it.

Here are some of the largest data brokers collecting your data on the web. They probably have a profile on you too.

Verisk has been described as one of the worlds leading data gathering and analytics with the most security for customer data. It is located in New Jersey City, New Jersey United States. They use the data collected to help out clients in matters of risk management,  insurance cases, financial services among other things. The company generates revenue of 2.1  billion dollars and a net income of 507 million dollars.

It has offices all over the world and has over the years created baby companies under it for just data management.  We have Maplecroft in the United Kingdom, Air Worldwide in Boston and the insurance services office in New Jersey. It has International offices in China, Germany, Israel, and India.

Axiom, LLC collects data about people in over 62 countries and 2.6 billion people. This means it has data on 68% of people who have an online presence in the world. This company is a data broker firm that sells the information they gather about customers for target ads to marketing companies.

It is located in Conway, Arkansas in the United States. It also has offices in China,  Germany, Poland, and the United Kingdom. When it comes to data amassing, it is one of the leading data Giants on the web.

This is a subsidiary of Oracle America and one of the tech giants. This company generates data about people in more than 100 countries and over a billion people. Just as it is with most data brokers, they sell their data to third-party companies or Enterprises for the sole purpose of creating richer, more personal and better ads.

The company suffered some scandals over the years but has bounced back. It was once hacked into and customer data were stolen. They came back with a better security system.

Experian PLC is an Irish-domiciled multinational consumer credit reporting company. Experian collects and aggregates information on over one billion people and businesses including 235 million individual U.S. consumers and more than 25 million U.S. businesses.

It was founded in 1996 and, as of 2019, generates a revenue of 4.8 billion dollars with an operating income of 1.7billion dollars. Experian has offices all over the world like Costa Mesa, California, United States,  Nottingham, England, United Kingdom, São Paulo, Brazil, Hamburg, Germany and Singapore.

Where Does The Data Go?

Whenever the topic of data broking or collection is mentioned, we all turn accusatory glares to Facebook and Google as the biggest culprits. These tech giants are usually assumed guilty until proven innocent. Of course, most companies gather information about their customers, including those tech giants.

The biggest difference though, is that data brokers can sell this data to third parties.

But fear not! This information is not used to stalk or harm customers. And there are also loads of laws protecting consumer data and limiting data brokers. Data brokers should be operating within the confines of these laws. The data they collect is mostly used to create rich target ads. Despite the vastness of the internet, this data keeps people seeing information they’re most interested in.