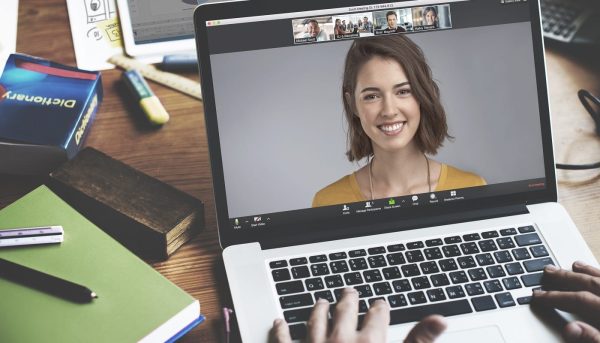 If you’re noticing that your computer is struggling performance-wise when you’re connected to a Zoom call, then it’s possible that this is caused by the Zoom call itself. Having to download and process multiple video feeds while also processing and uploading your own webcam feed can take a reasonable chunk of processing power, especially from older or budget computers.

Zoom includes a number of performance statistics in its settings which you can review to see how well your system is running, and potentially identify why you’re encountering certain issues. To access these statistics, you need to open Zoom’s settings. To do so, click on your user icon in the top-right corner, then click on “Settings”.

Underneath are some connection stats and information. “Bandwidth” shows the amount of data being uploaded and downloaded respectively. “Network Type” shows if your device is using a wired or wireless connection. “Proxy” shows the address of your network proxy, if you’re using one. “Connection Type” shows how you’re connected to Zoom’s network. “Data Centre” shows which Zoom data centre you’re connected to. “My Encryption Algorithm” shows the encryption algorithm used to encrypt your data connection. “Version” shows the software version of the Zoom client you’ve got installed.

The “Audio”, “Video”, and “Screen Sharing” sub-tabs have mostly the same statistics that cover the data for their respective transmission types. “Frequency” is only for the audio sub-tab and displays the audio sample rate being used, with higher numbers meaning better audio quality. “Latency” is a measure of the delay between a packet of data being sent and received, lower numbers are better and mean a shorter delay. “Jitter” is a measure of the variation in the latency, smaller numbers are better.

“Packet loss Avg(Max)” indicates the amount of data that isn’t making it to its destination, smaller numbers are better. “Resolution”, which only applies to the video and screen sharing sub-tabs, indicates the resolution of the video being uploaded and downloaded, higher is better. “Frames Per Second” refers to how many video or screen sharing frames are being uploaded and downloaded per second, with a higher number being better.