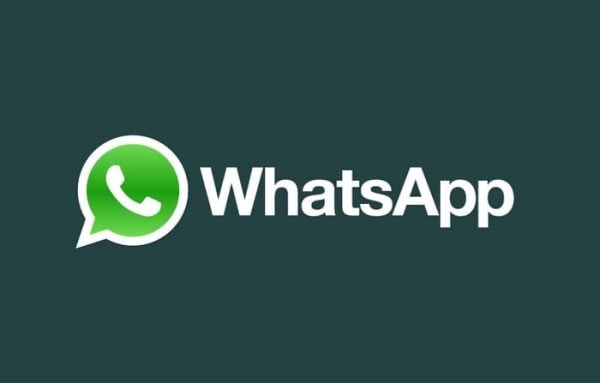 WhatsApp is one of the main ways people use to keep in touch with family and friends. But, there are times when one person doesn’t seem to know when the conversation is over and won’t stop messaging you.

To keep a user’s messages under control, WhatsApp offers you two options: Muting and blocking. One option is more severe than the other, so knowing the difference between them is essential, so you don’t accidentally choose the more severe option accidentally.

What Happens When You Mute Someone on WhatsApp

What does happen is that you won’t get any type of notice, whether it’s by sound or vibrate, from the person that sent you a message. You’ll see that person’s messages only when you open WhatsApp. You’ll know what person you muted since they will have a crossed-out speaker icon.

Keep in mind that when you mute someone, you will still get notifications when they send a message in a group. It’ll be as if you never muted them at all.

When they send you a direct message, that’s when you won’t get any type of notification. The person you muted will not get a message letting them know that they have been muted, just in case you were worried about that.

How to Mute/Unmute Someone on WhatsApp

Now that you know what happens when you mute someone on WhatsApp, you might want to go through with the idea. To mute some, long-press on the conversation and tap on the crossed-out speaker icon. 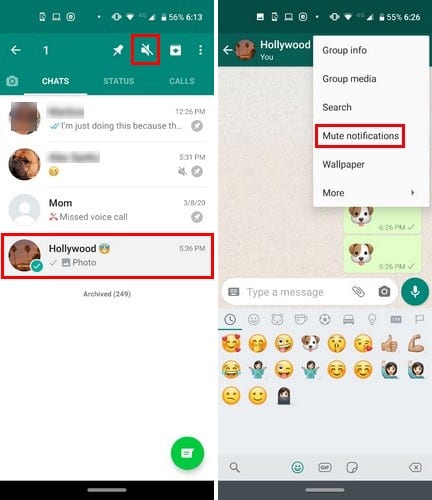 Once you’ve found the conversation, open it, and tap on the three dots at the top right. Tap on the Mute conversation option to finish things up. If you ever want to unmute the person, follow these exact steps, and choose the unmute option.

What Happens When you Block Someone on WhatsApp

When you block someone on WhatsApp, things get a little more serious. Blocking someone means that you won’t see any message that person sends you, at all.

You won’t get any type of notification that the user has been trying to contact you. The person you blocked won’t be able to see your last seen or if you’re online. 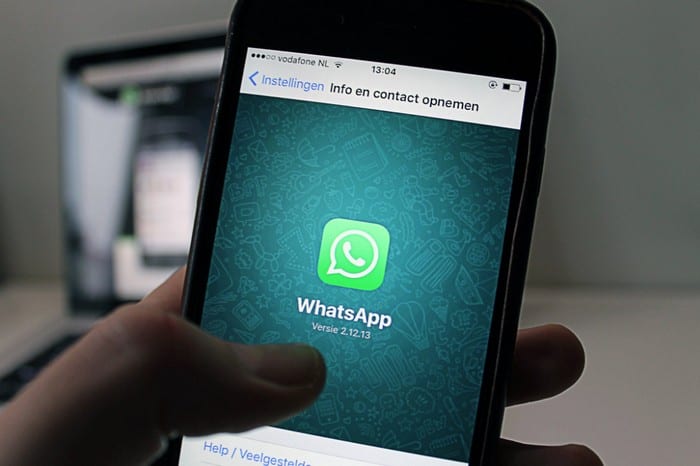 You also won’t see things such as:

If that user tries to call you, the call won’t go through. Sooner or later, the user is going to know something is up since the messages they send you will only result in them seeing one checkmark and not two.

One checkmark means that the message is sent, but two means that the other person has received it. Your profile picture won’t be seen by that person either.

How to Block/Unblock Someone on WhatsApp

If you couldn’t care less about how the other person takes being blocked and want to go through with it, here’s how it’s done. To block someone go to that conversation at tap on the three dots at the top right go to More > Block. 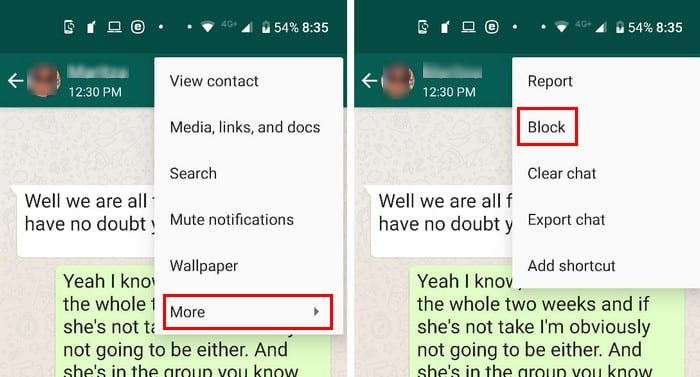 At this point, you’ll see a window with three options:

If you ever change your mind and want to unblock that person, follow the same steps, and choose the Unblock option.

As you can see, muting and blocking someone on WhatsApp has different consequences. It’s your choice what type of punishment that person deserves. Will you be muting or blocking that user? Let me know in the comments below.