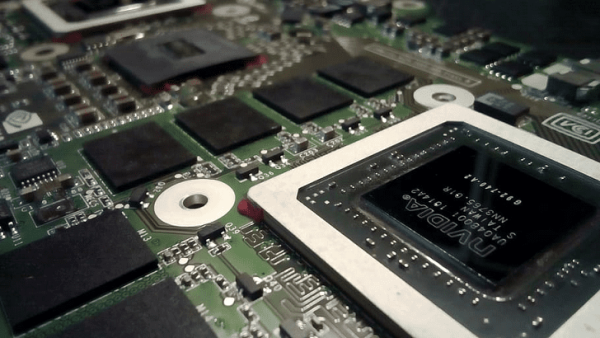 In computers, there are two distinct processors, a CPU, and a GPU. A CPU, or Central Processing Unit, is the main core of a computer, it processes the vast majority of the data needed to run the computer. A GPU or Graphics Processing Unit is a secondary processor that is used primarily for graphics processing.

A CPU is designed with a relatively low number of processing cores, with a focus on low latency serial processing. This means that CPUs are designed to perform a series of tasks as fast as possible. The advent of multi-core CPUs has allowed them to perform multiple operations simultaneously, where the workload allows.

In the case of a multi-core CPU, applications can benefit from having multiple steps for their logic performed simultaneously. This can provide a doubling or more of the processing speed, depending on the number of cores and whether the program logic can take advantage of all of them

In many cases, the logic of a single process must be completed in order and can’t be parallelized across multiple CPU cores. In this case, a speed increase can still be seen over a single core CPU as the program can have a dedicated processing core, rather than having to share the resource with the rest of the system.

A GPU is designed with a much larger core count and typically operate at lower speeds, primarily for heat management reasons. The large processing core count is because GPUs are optimised for parallel processing and very high throughput.

GPUs are typically used for the rendering of graphics, especially in video games. In this scenario, a GPU needs to render an entire scene many times a second for the experience to work. The processing power required to process individual graphics elements is relatively low, but thousands of processes need to be run per frame and then dozens of frames are needed per second.

CPUs and GPUs in computers

All computers have some form of GPU, as it is needed to display anything on the screen. In budget and some mid-tier systems, this task is generally performed by a relatively low powered integrated graphics chip. This chip is built into the CPU but uses its own processing cores to perform graphics workloads.

On higher-powered computers, particularly ones that are designed for graphics workloads, the GPU processor is separated onto a discrete graphics card. In this configuration, there is more space for more cores and other components. Additionally, separating the two primary heat sources allows them both to be cooled better, further increasing speeds.

Discrete GPUs can be used for tasks other than graphics processing too, as certain workloads are also suited to the high throughput and parallelism of a GPU. Machine learning and some scientific workloads are commonly performed on GPUs for example.