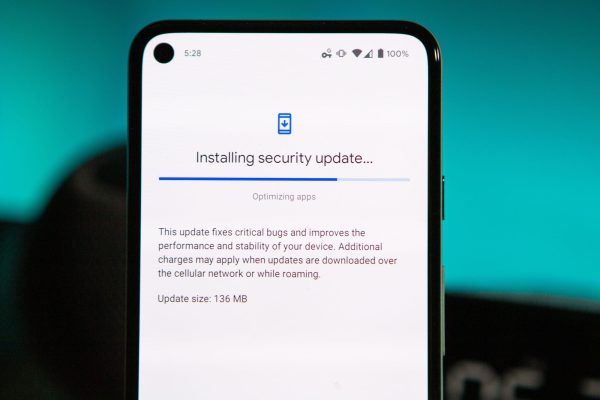 2020 has been a really weird year for most smartphone manufacturers, but this is even more so for Google. The company was slated to launch its Pixel 4a at Google I/O ’20, but that was subsequently pushed back after the event was cancelled.

Then, we saw the Pixel 5 and Pixel 4a 5G announced at the same time. But for some reason, the Pixel 5 became available before the 4a 5G was made available. One thing that hasn’t stopped has been the software updates. Google has maintained its promise to release monthly security updates, with some including “feature drops”.

What are Feature Drops?

If you’re new to the Google Pixel family of phones, these “feature drops” may sound a bit odd. It’s been about a year since Google introduced the first feature drop, and the company has been rolling these out on a quarterly basis.

The idea of these feature drops is to roll out new software features and improvements without waiting for the major “point” release. Instead of relying on a major release for new features, Google is not only bringing features to the latest phones, but also focusing more on older devices.

For example, the first feature drop introduced the ability to create a portrait effect in photos, even if you didn’t take the photo in Portrait Mode. You can just fire up Google Photos, make and save the adjustments, and enjoy the benefits.

If you own the Pixel 5, 4a 5G or 4a, then there are a trio of new features for you to take advantage of. The first, Adaptive Sound, will automatically adjust the sound quality of your speaker. This doesn’t work for all apps at launch, but it will work with ‘certain apps”, to help ensure you can hear everything regardless of the ambient sound.

Adaptive Battery is a key feature for all Pixel devices, but it has been updated again for the Pixel 4a 5G and Pixel 5. This intelligently determines when your battery is likely to hit 0%, and will automatically begin saving more power if there’s a chance you won’t find a charger in time.

Finally, Adaptive Connectivity will automatically switch between 4G / LTE and 5G networks, based on the app that you’re using. Your Pixel will use 4G or LTE when browsing the web or just sending texts. But it will switch to 5G if you happen to be watching some movies, or downloading larger files. It’s important to note that not all carriers will support this feature, and it may take some time for your favorite apps to be updated with support.

While these Feature Drops are great for bringing features to new devices, Google has a newfound focus on keeping your older devices up to date. The December software update adds a few key features that are arriving for Pixel devices launched before 2020.

Getting things started is Extreme Battery Saver, which was initially only available for newer devices. Now, if you own a Pixel 3 or newer, Extreme Battery Saver will turn off even more features, pause most of your applications, and will even slow down the processing power. All of these aim to make sure your phone stays powered on until you make it to a charger.

Hold for Me is another fantastic feature that makes it so you don’t have to sit on the phone forever if you happen to be put on hold. When enabled, Google Assistant waits on the line for you, and then notifies you when an actual person is on the other end of the line.

Google Photos is key to every Pixel device, as it’s the best way to manage and edit your photos on the go. There’s a new machine learning tab which is tailored to whatever picture you are editing. This new update brings suggestions to help you make the right changes to create a breathtaking photo without the need of a DSLR.

How to update Pixel 5

If you are new to the Pixel 5 and want to manually check for an update, it’s a pretty straightforward process. Most of the time, you’ll receive an notification when an update is available. But if Google is rolling out an update in waves, you may need to try to ‘force’ the update. 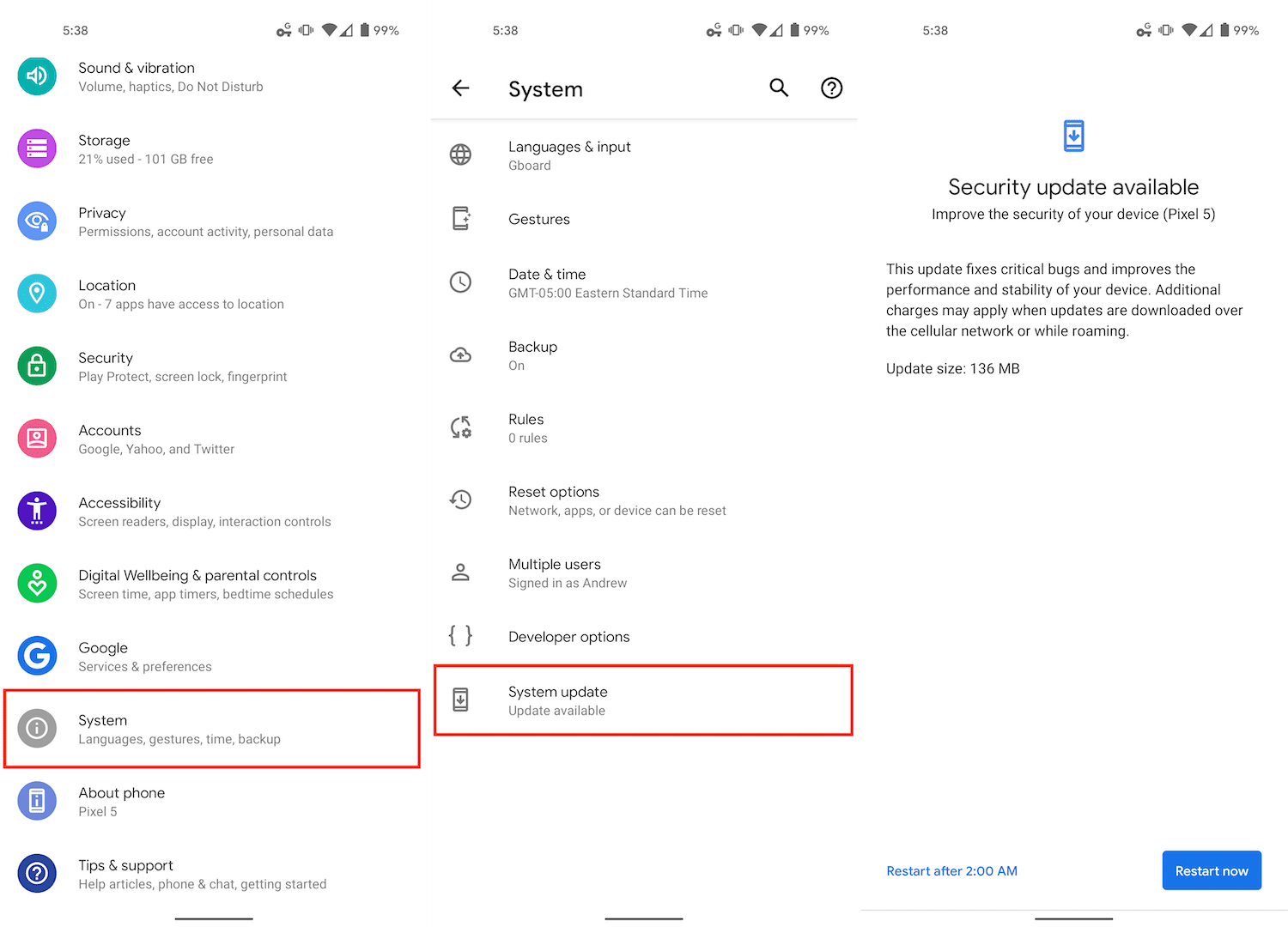 It may take a few times for the update to appear on your Pixel 5. Google tries its hardest to make these update available for Pixel owners as soon as they are released. However, the servers can get backed up from time-to-time, ending up in longer wait times.