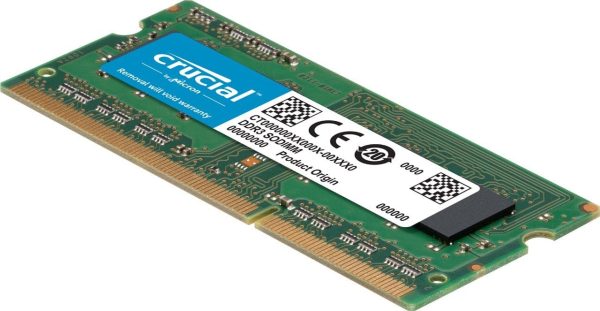 When buying RAM, it will be sold with an advertised speed which is the fastest speed that the manufacturer guarantees it will work at. The DDR4 (Double Data Rate 4) RAM format has a relatively small number of speeds standardised by JEDEC, a conglomeration of more than 300 tech companies.

Each stick of RAM, called a DIMM (Dual In-line Memory Module) has a built-in SPD chip (Serial Presence Detect) that stores information about the RAM module, including supported speeds. The JEDEC table standard for memory timings has a range of space that is “reserved for future use”.

Intel created an extension to the JEDEC standard called XMP which uses the reserved space to encode higher performance memory settings that can be used to overclock the RAM.

RAM manufacturers can encode high-performance RAM settings into the SPD chip that they have tested to provide stable performance at higher than standard speeds. These settings can be relatively easily applied through the BIOS.

The JEDEC standardised DDR4 memory speeds reach up to a speed of 3600MHz, but RAM manufacturers are offering RAM with speeds of over 4500MHz through the use of XMP.

How to use an XMP profile

To apply an XMP profile you need to open the BIOS before your computer launches into Windows. This is generally done by pressing F1, escape, or delete (other keys may be used depending on your motherboard manufacturer) during the boot-up sequence, before the Windows logo appears. Once you’re in the BIOS you need to locate the memory configuration settings, then select the XMP profile you want to use from the settings list. Once you’ve applied the XMP profile, save your changes to the BIOS and exit, the computer will reboot back into Windows. You can use a tool such as CPU-Z to verify that your XMP RAM overclock has applied correctly.

Tip: When verifying your RAM speed, bear in mind that DDR type RAM (Double Data Rate) operates at double the reported frequency, transferring data twice per clock cycle. For example, a 3200MHz stick of RAM may be measured at just 1600MHz, this is expected behaviour and should not be cause for worry. Some testing tools will report the lower speed for the sake of accuracy, while others will double it as this can cause less confusion for users.