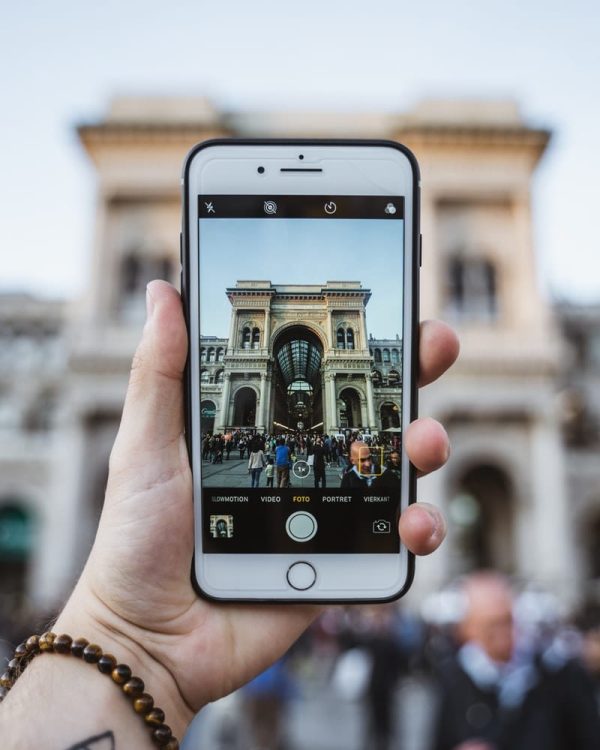 Phones need to be attractive to look at as well as to use in order to win over the potential user. Another consideration is form. This refers to the style, shape and size of a mobile phone. Let’s look at what the next form factor will be after phones.

Essential Products in October of last year released a phone that broke away from the familiar rectangle shape that is now an icon around the world. It has an ultra narrow body so it can fit more easily into your pocket unlike the current models that jut out and make an inviting target for pickpockets. We have progressed a long way from the folding clamshell phones that were all the rage 15 years ago. But for the last 10 years the form factor has been pretty much the same: a black rectangle with curved corners. This is starting to look a bit stale and out of date. A solution is needed to make the phone easier to use.

What is currently happening is the wearable phone revolution. It is now common to see people wearing Airpods in their ears in order to make phone calls. This allows for convenience of movement and it looks socially acceptable up to a point. People need to use phones while they’re driving or walking around and they would like to be able to use both hands while they’re doing so. But what is going to come next?

Now we are living in the age of the mobile watch which can perform a number of functions all in one tight, good looking package. Apple Watch Series 5 sells for $499 so it has not achieved a breakthrough price that revolutionizes the market at this stage. A big question mark is also the amount of functionality and usability that can be obtained from such a small package. The limiting factor is that the watch must be paired to a traditional mobile phone via Bluetooth. At least that was the situation when it started. Now there is a cellular version but that comes with added costs.

I would think that this is the way forward for the industry as a whole as it offers a small convenient package. But there is a question mark as to how you would take photos accurately using a watch and people also enjoy showing pictures to each other as well. The mobile phone is a point of social interaction which I’ve yet to see achieved by the Apple watch.

This leads onto glasses because there has been a large amount of development when it comes to augmented and virtual reality. Maybe the customer wants a convenient package which they can wear as glasses. It could also be used as a camera that could show pictures on the heads-up display shown inside the glasses. But a major hurdle is the lack of social acceptability for these devices. Google Glass failed in part because it just looked so out of place. This has led to many other companies being shy about moving into this field which is a shame because it could potentially be the next area for development.

The Future of Form

Whatever the next development in this field you can be sure that it’ll be wearable and far harder to break. But old habits die hard. I think people are just too used to carrying around their clunky, black mobile phones to let them go at this point. Just like an old pair of jeans, people love them too much to let them go. The future though is an uncertain thing and people’s tastes could change very quickly. Technology might well achieve a breakthrugh point where it becomes more convenient and cost-effective to simply wear a watch that can do everything well all the time at the right cost.