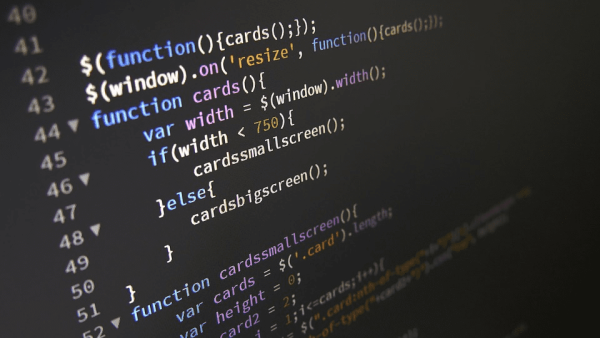 In the world of computer programming, there are hundreds of programming languages to choose from. Two highly popular languages that can be easily confused by newcomers are Java and JavaScript. Despite the similar name, the two languages are only very loosely related.

Java was developed at Sun Microsystems in 1995 and quickly became popular as a programming language. A few months later Netscape created the first scripting language to create interactive webpages with syntax based on that of Java and called it LiveScript. Just three months after the release of LiveScript, Netscape renamed it to JavaScript, a marketing ploy designed to raise interest it the language through the confusion with Java.

Java is a standalone programming language where code is compiled by the developer before it is ever seen by the user. One of the key points of Java is that it conforms to a WORA (Write Once, Run Anywhere) design scheme, which means that any compiled Java code can run on any system that has a JVM (Java Virtual Machine). A JVM is a specialised virtual machine, designed for the execution of compiled Java bytecode. Java applications are typically server-side when used on the web, although there are many standalone user-facing Java applications.

JavaScript is a scripting language that requires implementation within the context of another framework. Typically, JavaScript is included within a webpage and thus an HTML framework, but some independent frameworks such as Node.js are creating other opportunities for JavaScript to be used. JavaScript code doesn’t need to be compiled and is instead interpreted as it is executed. JavaScript code is typically client-side loaded and executed in the browser.

As a scripting language JavaScript is very flexible with many different ways to perform the same task. This flexibility makes JavaScript easy to learn to use but leaves many openings for inefficiencies. If care isn’t taken to avoid inefficiencies, larger projects can get incredibly complex and difficult to maintain.

Java is much more rigid with rules about how variables can only store a specific type of data. Java is therefore more structured, but this adds extra complexity to creating simple code, as lots of boilerplate is needed to declare everything properly. The rigidity does, however, make it easier to coordinate with other developers when collaborating on a project, as there are limited numbers of ways to perform tasks within the structure.