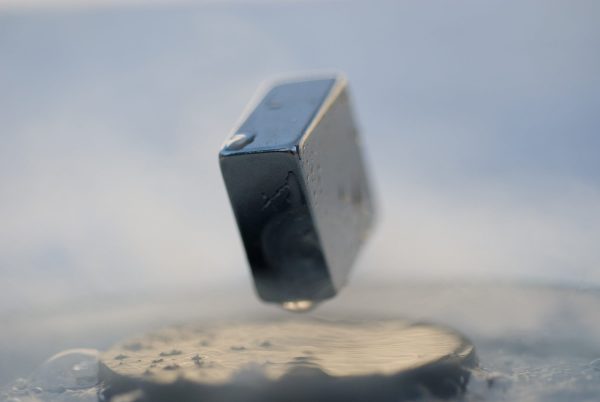 Superconductivity is a cool part of physics that has uses in many factors of our lives. If scientists were able to discover a room temperature and pressure superconductor it would revolutionize technology. Unfortunately, this has proven to be a very difficult task and it may not be possible at all.

An electrical conductor is a material that can conduct electricity. Each material has its own electrical resistance which is a measure of its opposition to the flow of an electric current. A material with high resistance is a poor conductor and vice-versa.

Superconductivity is a physics phenomenon where a material has zero electrical resistance. In this state, there are a number of interesting and useful effects. A superconductor having no resistance means that an electrical current can be passed through it without ever losing energy or heating it up. This can allow perfectly efficient energy transmission and storage.

Superconductors can also create exceptionally powerful magnets, examples of this can be found in MRI machines and in particle accelerators. Experiments have shown that electrical currents in these magnets can persist for years without any measurable decrease in strength. Research suggests that the current would be stable for at least 100,000 years, with some estimates predicting that the current would be able to persist for longer than the estimated lifetime of the universe.

When placed over a magnet, superconductors form an equal magnetic field that repels the magnet. This allows superconductors to levitate perfectly above or below a magnet or even along a track of magnets.

Tip: Particularly cold elements of physics are generally measured in Kelvin (K). One Kelvin is equivalent to one degree Celsius, but the Kelvin scale starts at absolute zero, or -273.15°C.

The highest temperature superconductor discovered, as of 2020, is Hg12Tl3Ba30Ca30Cu45O127 which has a critical temperature of 138K or -135°C at one atmosphere of pressure.

Tip: Pressure on this scale is generally measured in GPa or Giga-pascals with the numbers being 100 GPa and 170 GPa respectively. To help make this value more understandable, it’s been converted into atmospheres. One atmosphere of pressure is the average air pressure at sea level on Earth. For comparison, the pressure at the deepest point of Earth’s oceans, the Challenger Deep in the Mariana trench, is 1,071 atmospheres at 10,994 metres below sea level.

The term “room-temperature superconductor” is used to refer to potential future materials that exhibit superconductivity at temperatures above 273K or 0°C. To become particularly useful in the real world, these materials would also have to be superconductive at or near one atmosphere of pressure.

A room-temperature superconductor would help to reduce the world’s energy problems by almost eliminating the electrical energy lost during long-distance transmission over powerlines. They would also allow for faster computers and memory storage devices along with more sensitive scientific sensors. It would become much cheaper to run the super strong magnets used in devices such as particle accelerators, MRI machines, prototype nuclear fusion reactors, and maglev trains, as the magnets would not require liquid nitrogen to cool the superconductor enough to work.