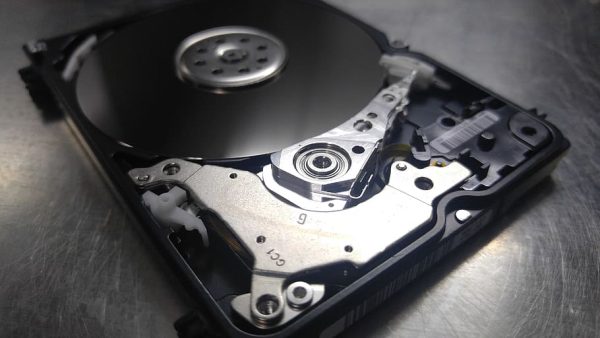 When using a slow HDD, there are a few options to increase your computer’s performance. The most simple solution is to switch to a fast SSD, however, these can be expensive, especially if you need multiple terabytes of storage. Another solution is to get a smaller SSD, for example, a 64GB drive, and then use it as a fast cache for your slower drive. In this setup, your smaller SSD serves not as a drive, but only as a temporary storage method to speed up your ‘actual’ drive.

What is a cache?

A cache is a fast storage method designed to temporarily store data. Caches can be used to optimise the performance of a slower storage device, in the form of a read and write cache.

A read cache stores a copy of data that has been recently or is regularly used. This allows this data to be read more quickly, reducing loading times. A read cache is especially useful for repeatedly reading the same data from a slow drive. For example, operating system boot times and videogame loading times can benefit significantly from fast storage.

A write cache is generally used as a buffer to store data that needs to be written to the slower storage. For example, if you’ve got an HDD that can only write data at 100MB/s and an SSD cache that can write data at 1000MB/s, you can write the data at the SSD speed to the cache, so the task completes quicker, then have the cache sort out transferring data to the slower HDD as fast as it can accept it.

How does SSD caching work?

Read caching is the most common form of SSD caching as it provides a performance boost to regularly used applications.

SSD write caching comes in three variants, write-back, write-around, and write-through SSD cache. A write-back SSD cache works as described above, data is first written to the SSD cache at high speed, which then passes the data onto the slower HDD as fast as it can accept it. This provides the benefit of SSD speed data writes, until the SSD is filled, at that point performance drops to the write speed of the HDD. This type of write cache can be vulnerable to data loss caused by a power loss or SSD failure.

A write-around SSD cache prefers to write data to the HDD rather than the SSD cache. This is typically done to optimise the amount of cache space available for read caching. Data will only be cached after the first read, which means the first time booting up or loading a game will be slow but repeating the process should speed it up.

A write-through SSD cache writes data to both the SSD cache and the HDD at the same time. This allows for the data to be retrieved from the cache at high speeds on the first read. This is helpful to prevent apps from being slow to launch from the HDD the first time, however, it is also more likely to end up caching unnecessary data potentially reducing the lifespan of the SSD.

SSHDs or Solid-State Hybrid Drives, implement an SSD cache within the enclosure of an HDD. SSHDs can be particularly useful for laptops or other devices that only have a single drive slot. However, if you manually purchase and configure a high-end SSD for use as an SSD cache you may end up with better results.