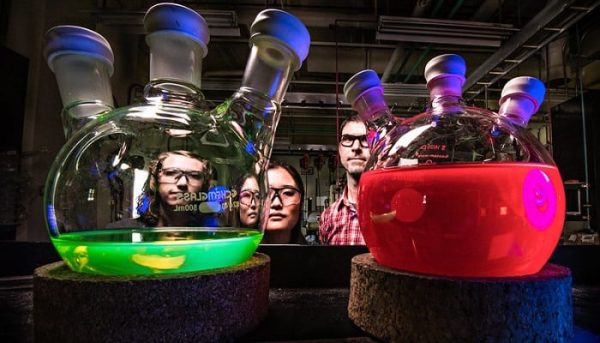 There are a decent range of competing monitor technologies and features that can make choosing a TV or monitor difficult. The majority of displays use LCD technology as they are cheap to make. High-end models often use alternative display technologies such as OLED or QLED, as, despite the higher price, they offer improved image quality.

QLED is a competing technology with OLED for high-end TVs and monitors. The Q in the acronym stands for Quantum dot while LED means Light Emitting Diode.

As with traditional LCD displays, LEDs are used to provide a backlight for the screen. A standard LCD display then uses a layer of liquid crystal to filter which colours of light are allowed through to be visible to the viewer. In a QLED screen, however, the liquid crystal is replaced with a series of “quantum dots” which convert the light to relatively pure primary colours.

Research is being performed to develop screens that can use quantum dots to produce light directly rather than converting light from a backlight. This design is generally referred to as QD-LED and would essentially provide the same advantages that OLED screens have when it comes to displaying pure blacks.

Current QLED screens can produce particularly vivid colours because the backlight can be significantly more powerful than the smaller pixels in OLED screens. This advantage makes a QLED display ideal for use in brightly lit rooms, while OLED displays can be more suitable for darker environments.

QLED screens also tend to be cheaper than comparatively sized OLED screens. That’s not to say that QLED TVs are cheap, large screens are still very expensive, just less so than OLED displays.