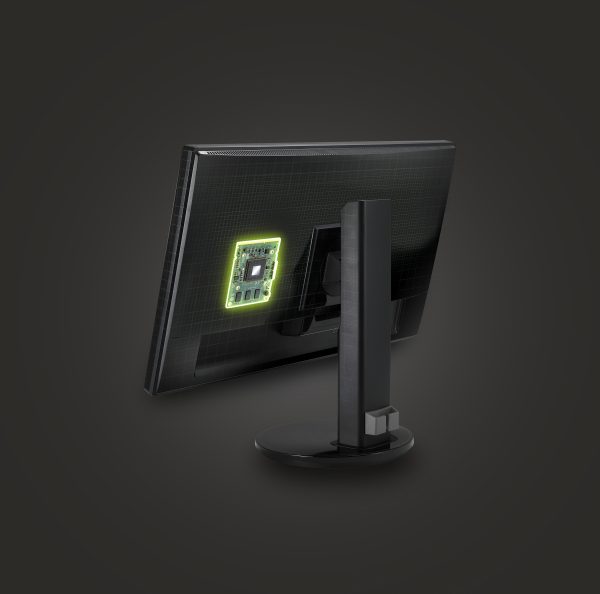 G-Sync is a relatively new feature that is advertised in some PC monitors. It’s intended to prevent an issue called “screen tearing” while offering gamers a smoother gameplay experience.

What does G-Sync do?

G-Sync is the name for the Nvidia implementation of Variable Refresh Rate, or VRR. It’s designed to synchronise the framerate of the monitor to the speed that the graphics card can generate new frames.

For example, if your monitor runs at 144 Frames Per Second (FPS), but your GPU can only produce 120 FPS in a certain game, your monitor will reduce its framerate to match. This change is done on a frame by frame basis, so if there’s a particularly graphically intense scene that runs slower, the monitor will slow down its framerate to match too. With G-Sync enabled, the maximum framerate of the GPU is locked to the maximum refresh rate of the monitor.

Why is G-Sync useful?

If a monitor with a fixed refresh rate is not provided with a new frame fast enough, or if the monitor is provided with too many frames to display, it will actually switch to the newer frame part way through displaying the first one. This ends up with a hard line across the screen where two different images are being shown, an effect which is referred to as screen tearing.

Unfortunately, that leaves VSync producing a somewhat stuttering effect, it also causes a small amount of input lag or delay. This input lag can be really frustrating for gamers as it makes it a lot harder to do anything exactly the way you want.

The different versions of G-Sync

There are three versions of G-Sync monitors: G-Sync, G-Sync Ultimate, and G-Sync Compatible. G-Sync is the standard version, the Nvidia synchronisation module is installed in the monitor, and everything goes through Nvidia’s quality control process. G-Sync Ultimate is basically the same, but it’s used to denote monitors that also support HDR with a peak brightness of 1000 nits – nits are a measure of brightness in screens, and 1000 is a very good value. G-Sync Compatible is used to refer to monitors that support using AMD’s variable refresh rate standard “FreeSync”, and that Nvidia has verified to provide a satisfactory experience.

There is a fourth “Non-validated” rating, which is used to refer to monitors that are technically compatible but may have issues that result in an unsatisfactory experience. for monitors with this rating, users can choose to enable G-Sync and see if they are happy with the experience, but Nvidia does not recommend it.