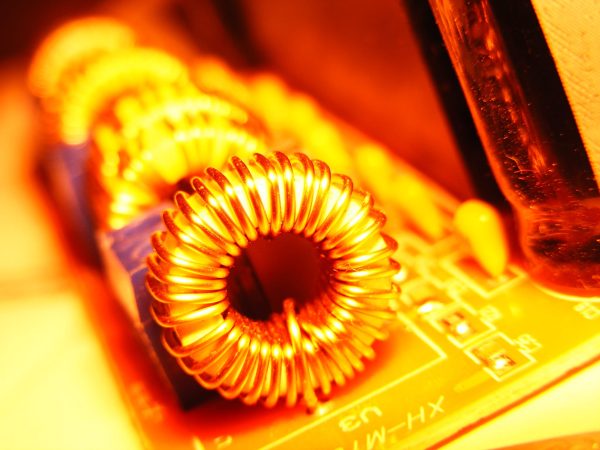 When you’re using your computer or other electronic devices, you may notice a high-pitched whining sound. The sound can vary over time or be constant, but its high-pitched nature can be annoying and intrusive.

Coil whine can be generated by a few electrical components. The most common component that can cause the issue is called an inductor. An inductor is made from a conductor, such as a wire, wrapped around a core. An inductor resists changes in the current passing through it, which helps make the power delivered to other components more stable. In the case of very sensitive electronics, such as silicon processors, this can be an important process. Inductors are typically found in power delivery systems, such as power adapters, PC power supplies, and graphics cards.

Inductors create an electromagnetic field as a side effect of their standard operation. This electromagnetic force can generate a vibration that creates a high-pitched whine. This vibration increases as the power draw increases which can become especially noticeable when performing processor-intensive tasks such as playing video games. The pitch and volume of the whine can vary as the load changes. The coil whine can be loud enough to be heard over the sound of the graphics card fan(s), over speakers, or even through open-backed headphones.

How can you fix coil whine?

Unfortunately, if your hardware is suffering from coil whine, there’s very little you can do about it. in some cases, it is possible to dampen the vibration by applying silicone to the inductor, however, this isn’t particularly recommended and is not a guaranteed fix.

Device manufacturers typically don’t accept coil whine as an acceptable reason for a warranty replacement except in exceptional circumstances. Realistically, some devices are more prone to it than others, so even if you did receive a replacement model, it may have the same issue.

Basically, the only thing you can do is to try to reduce the load on the device so the coil whine isn’t as pronounced or audible. For graphics cards, this would likely involve applying a frame rate cap, to stop it from running at 100%. This is definitely a reasonable strategy if your graphics card is capable of producing more frames per second than your monitor can display but may not be applicable for all users.