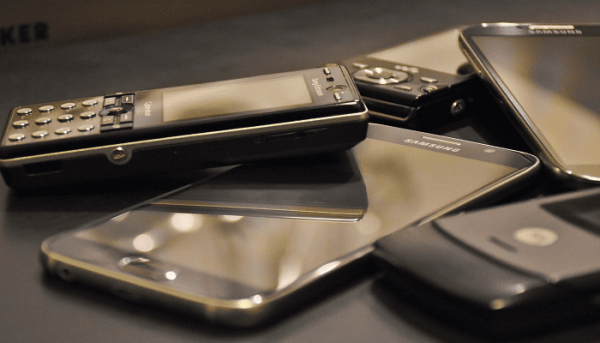 Many crime or cop shows refer to burner phones as tools that criminals use to stay off the radar. What a burner phone actually is never really gets explained, however, or how it keeps your identity and location private.

What is a burner phone?

A burner phone is essentially a secondary phone that is as loosely associated with the user as possible and can be thrown away at a moment’s notice. They are typically a cheap pre-paid phone with only the minimum of necessary saved data on them.

A burner phone doesn’t necessarily hide your location, but it does make it more difficult to track your location. This is because you’re using a temporary device that shouldn’t be known to the people attempting to track you.

By minimizing the usage of the burner phone to necessary usage and only saving the data required for such use, it’s possible to extend the operational life of a burner phone.

Burner phones are designed to essentially be a separate distinct identity, with the best efforts made to maintain a distance between your burner phone and your true identity through a practice called OPSEC.

OPSEC is a concept called “Operational Security”. There are different variants of how OPSEC can be implemented depending on your security requirements, but they all boil down to compartmentalization.

A relatively well-known example of OPSEC is how people create “throwaway accounts” on sites like Reddit. By using a different username, you can make it difficult to link your throwaway posts to you and your main account. If you want to go a step further, you can use a new throwaway email address for the account, as well as accessing the throwaway accounts from a different IP address.

Burner phones use a similar level of OPSEC, by using a new phone, your activity can’t be easily identified as yours. By paying with cash, there are no electronic ties to you except potentially CCTV footage.

One of the key points of OPSEC is knowing when to abandon an identity. This is generally when you have reason to believe that the anonymity of the identity has been, can be, or will be compromised. By completely abandoning an identity or burner device when you suspect it could be compromised, you can minimise the impact or even prevent the identity from being fully compromised. This is why burner phones are broken or thrown away in TV and films.

On TV burner phones are primarily to hide criminal activities, however, there are a number of legitimate reasons to use burner phones. For example, if you’re the adventurous type some of your activities run a higher than normal risk of damaging your phone. White-water-rafting is the perfect example of this, there’s a risk that your phone could get water damaged or lost. By taking a burner phone you can still make calls and remain connected if you need to, but if it gets damaged, you’re only out a small amount of money.

Burner phones can also be useful when travelling abroad. If your normal phone contract doesn’t include free or cheap roaming data, then purchasing a cheap prepaid phone with roaming data could be a good solution. This also reduces the cost if your phone is lost, broken, or stolen when abroad.

While the reasons that the average person doesn’t necessarily need to perform much OPSEC in their day-to-day life, a burner phone can be a reasonable cost/risk investment. It’s possible to buy a simple feature phone or smartphone through marketplaces such as amazon for less than £15, €20, or $25. Some may be pre-paid, others you may have to purchase a separate pre-paid sim. You can also re-use old phones if you have any laying around, to avoid having to pay for a handset entirely.