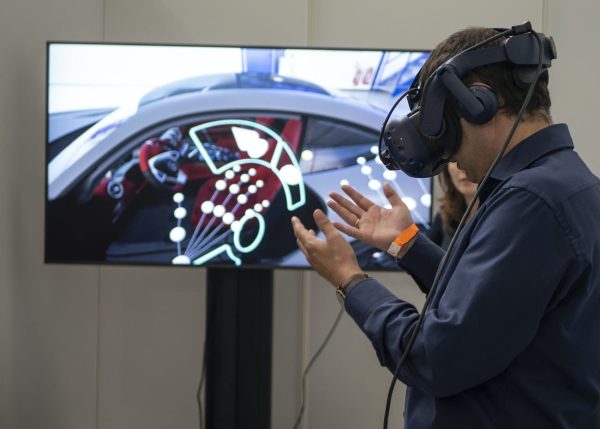 AR, or Augmented Reality, can be used to enhance the user’s experience to enjoy different platforms. One of these is Google Playground, but there are some things you should know before you start using it. Let’s talk about how to use Google Playground to its maximum potential.

What is Google Playground?

Google Playground allows you to create and play in the real world with fun and imagination.

With superheroes and stickers, Playmoji allows different characters to interact with each other. It even allows you to use your selfies with the same effect as well. It makes real-time suggestions to enhance the value of your experience with Google Playground.

Playmoji is available on LG, Pixel, Motorola, and of course, Google phones. The list of Google Playground compatible devices is expanding all the time. Such characters as Jigglypuff, Mr. Mime, Detective Pikachu, and Charizard are available.

One of the chief attractions of Google Playground is the stickers. By leaving the video play button on, you can get different characters to interact with each other. The first step is to install ARCore, which you’ll need to use AR stickers. You can access ARCore from the Google Play store for free. A variety of stickers are available, and these include Marvel Studios Avengers, Pets, Signs, Sports, Stranger Things, The Last Jedi, Travel and of course Weather. So there is plenty of variety and lots of enjoyment to be had by everyone. It even includes floating text on characters, and the characters also can become animated thanks to Gboard.

How Does ARCore Work?

There are three things ARCore does that allow it to function. The first is its ability to track motion. Using Internal sensors and its camera, it can place objects with amazing accuracy. Secondly, it uses ambient lighting conditions to full effect.

It can also detect plane surfaces for a full effect. What used to take hours to set up now only takes a few seconds. It is important to remember that 32-bit phones are not supported so make sure that your phone has at least 64 bits.

Android 9 + uses Playground while previous versions used ARCore. Google Playground is continually updating, so always check to see what you can and cannot do.

There is even an AI component that is always observing, learning, and optimizing the user experience. If you change your facial expression, it will react to it. It does this by making real-time recommendations to the user who can apply additional features if they choose to do so and as well as real-time adjustments.

The characters are easy to reach because they’re stored at the bottom of the page. It’s best to check all of this in the Play Store before downloading it.

The Future of AR and Google Playground

Whatever you choose to download, it’s important to know just what Google Playground can do. Judging by the release of the latest Avengers film last year it could get plenty of people excited by releasing characters in a co-operative venture with Marvel. We can expect such crossovers to be the norm in the future, encouraging movie fans to make Google Playground a part of their lives.

This app will quickly replace the plastic play figures that have been a hallmark of every child’s bedroom for the last 50 years. Whatever the future holds, the idea of playing with virtual characters as a normal part of life has already arrived. We may even see audio interactions and special effects take place in the video setting – let’s hope so!