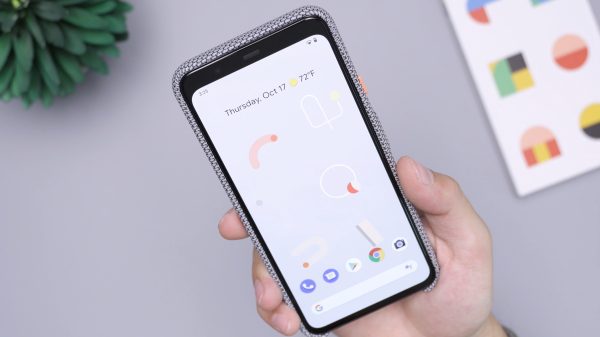 With Android 11, Google will be implementing exciting new innovations for developers including significantly faster 5G speeds, call-screening APIs, machine learning, security enhancements, and new media and camera capabilities. Google explicitly states that this preview version of Android, with the finalized version expected to be released sometime later this year, should only be installed by developers. Since it is a developer preview, not all features will be included and it will not perform to the capacity of when it is officially released. Phones that support this preview include Pixel 4, Pixel 4 XL, Pixel 3, Pixel 3 XL, Pixel 3a, Pixel 3a XL, Pixel 2, and Pixel 2 XL.

To start, it is important that you back up your phone because the installation will reset and wipe the device entirely. It is strongly recommended to only upgrade to the Android 11 preview if you have experience working with the Android SDK, and the Terminal (OS X or Linux) or Command Prompt (Windows). By going to the Android Development website, you can download the Android SDK by following the instructions for proper installment. For this process, you need the adb and fastboot files found under the Platform Tools folder. It is a good idea to read the description on the dev site to ensure that you are selecting the correct download. If you are using a Windows machine, you will need to exclude the “./” when typing commands. Otherwise, these commands are written as they would be in Terminal on a Linux platform. As long as you type in the commands line-by-line as they are listed, it should work.

If you bought your Pixel phone from Google directly, there is a bootloader you can unlock. This is required if you plan to manually flash software. First, you must boot into your bootreader. There are several ways to do this. You can manually turn off your device and hold the Power and Volume Down buttons to enter the Bootloader Menu. You can also enter commands into your terminal or command prompt.

To make sure that your device is properly connected to your computer, run “./adb devices” and if a list of characters comes back, it means you can begin updating. Next, enter “./adb reboot bootloader” into the Bootloader menu. The lock state of the device will be displayed as locked at the bottom of the screen unless you have unlocked it before in the past. To unlock your bootloader, type the “./fastboot flashing unlock” command. Press the Volume Up button followed by the Power button to confirm the unlock of the bootreader. To make sure everything is working properly so far, type “./fastboot reboot-bootloader” to reboot the bootloader.

Once the process of unlocking the bootloader is complete, the next step would be to flash the new firmware. To do so, find your device on the Android 11 Factory Images page and download the most recent image. Uncompress the file in the Platform Tools folder you downloaded or just drag the file into the terminal window to copy the path.

Go to the bootloader menu and make sure that it is still unlocked. If your device’s serial number is displayed as a connected device when you type “./fastboot devices” then you are ready to proceed to flashing. Go to where you have extracted the factory image files on your computer and decompress them using Platform Tools. To begin flashing the firmware, use the “flash-all.sh” command if you’re using a Mac and “flash-all.bat” for Windows. You may be required to flash the components manually if this command fails. Type “./fastboot flash bootloader [bootloader file].img” to flash the updated bootloader. Once it is done flashing the bootloader, type “./fastboot flash bootloader” to make sure everything is still functioning properly.

The next step to flash the updated radios is only required if you are updating the filmware of a phone or tablet that has cellular radios built in. Do so by typing the “./fastboot flash radio [radio file].img” command followed by the “./fastboot reboot-bootloader” command. Lastly, to flash the actual system image to your device, type the “./fastboot -w update [image file].zip” command.

The phone will then restart and reboot and all data will be cleared from the device, which can take some time. You will be directed to a setup walk-through. Once this is complete, you have updated to Android 11.