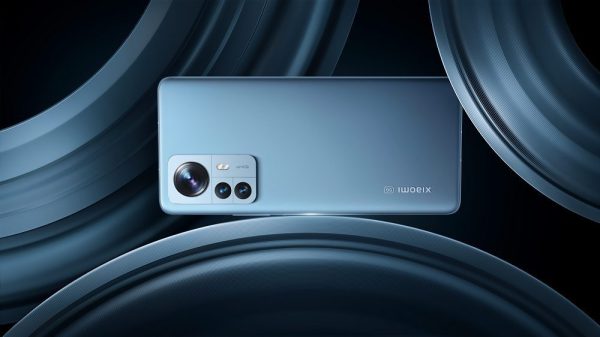 The Xiaomi 12 series has been much anticipated – it will soon be available in Europe, Southeast Asia, the Middle East, Latin America, and Africa. Three phones will be part of the range, including the 12 Pro, the Xiaomi 12, and the Xiaomi 12X. We’re looking at the Xiaomi 12 Pro, the top model in their new flagship series, for this article. Here’s what we know!

The Xiaomi 12 series was announced at the very end of 2021 and is already available in most of the world. It is, however, not available on American markets, even though Xiaomi is the globally third-best-selling smartphone brand after Samsung and Apple. Due to complicated geopolitical relations between China and US, the Chinese company isn’t selling their phones in North America.

The 12 Pro measures 6.44 x 2.94 x 0.32 inches in the rest of the world and weighs 205g. It comes with a Dual-Sim option and features a fairly standard LTPO AMOLED display with a better brightness than some competing models such as the OnePlus 10 Pro offer, among other things.

There are 3 models in the 12 range – the 12, the 12X, and the 12 Pro. The 12 and 12X are fairly similar, and both feature a 6.3-inch display and some more lightweight options than the 12 Pro. They are generally very similar in build – the 12 Pro is the more standout option. We expect to see a 12 Ultra down the line as previous generations had one. Still, there is currently no confirmed info on it. As is common in phones of this type, different combinations of RAM and storage space are available, affecting the price.

The Xiaomi 12 Pro has a 4600mAh battery and incredibly fast charging with up to 120W, which would provide a full charge in under 20 minutes. Wireless fast charging (50W) promises to charge fully in under 45 minutes. Those are some pretty impressive quick charge options, particularly the 120W cable charge. Naturally, the phone also supports reverse charging, where it can provide 10W output to whatever other device you are charging.

The new Xiaomi 12 Pro has a 6.7-inch display with a 1440 x 3200 resolution. It offers almost the same screen resolution and bezel size as the OnePlus 10 Pro and some other flagship models coming out this year. Compared to most competitors, it offers higher total brightness for peak nits. This results in a bright, color-accurate screen.

The Xiaomi 12 Pro features three 50MP rear cameras and a single 32MP front camera. The rear cameras all use quad pixel binning to reduce file size and increase light collection for great quality photos. The main wide-angle camera has a large 1/1.28 inch sensor, while the ultrawide and telephoto have smaller 1/2.76 inch sensors.

Optical image stabilization, night mode, and electrical image stabilization are all present. The telephoto camera is fixed focus but can zoom up to 20x total but only has a 2x optical zoom. You can disable the quad pixel binning if you want to take photos with the full 50MP resolution. You can record video at 8K24fps, 4K60, 1080p960, and 720p1920 for ultra-high resolution or ultra-high framerate content.

Xiaomi phones have a custom Android operating system – in the case of the Xiaomi 12 Pro, that’s Android 12 based system MIUI 13. Like all Android-based systems, it has its own user experience, which means it doesn’t offer quite the same experience as, for example, a Samsung S22 – some tools, such as the ability to force rotate screen, are absent entirely. In contrast, others are hidden behind more complicated menu trees, particularly the Display options. For users experienced with One UI or Pixel UI, MIUI is likely to be a step-down.

One of this phone’s best features is its excellent screen, which, coupled with above-average speakers, makes it a great choice for those who like to watch shows on their phones. A feature that’s missing here is waterproofing – although the current standard is IP68, the Pro 12 doesn’t actually come with any sort of waterproofing certification.

This phone is priced around $1000 – while that makes it cheaper than some competing models, it isn’t cheap enough to necessarily warrant some of the trade-offs it has over flagship phones from competing brands.

Compared to the Mi 11 Pro, the previous generation, the 12 Pro, hasn’t improved much. It has a smaller screen with similarly performing cameras and similar stats at nearly double the price. The display is an improvement. However, overall, the phone is similar to its predecessor, at a far higher price.

The 12 Pro is a solid flagship phone with a few small issues – not being available in the US, it isn’t available to everyone. It also has quite a high price tag that it can’t fully justify, despite featuring a fantastic screen and good cameras. What are your thoughts on the phone? Share your thoughts in the comments below.