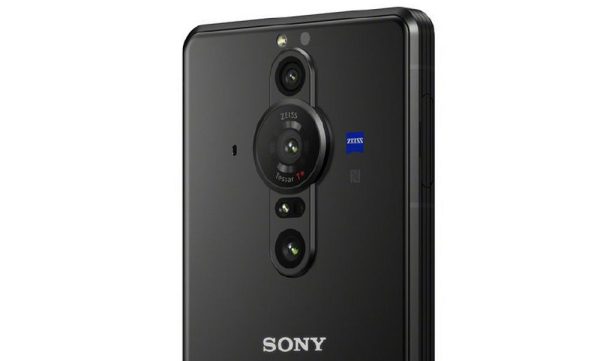 The Sony Xperia Pro-I has been hotly anticipated – and is now available worldwide. It is the lone entry in the range, coming less than a year after the previous Sony Xperia Pro. Despite the short time frame, there are some decent upgrades and great new technology.

No cut-down version of the Xperia Pro-I is available for a slightly lower price. The previous Xperia Pro was released early last year, so it isn’t outdated. However, it is currently more expensive on Sony’s website than the newer Xperia Pro-I we’re covering here. There is also only one capacity available. This does simplify the construction a little, helping to keep the price down, but does it mean that there aren’t any cheaper versions with half the storage.

The Xperia Pro-I has a 4500mAh battery and features 30W USB-C fast charging that can charge the phone up to 50% in 30 minutes. In an unusual departure from basically every other phone on the market, it doesn’t support wireless charging, which means no reverse charging.

The Xperia Pro-I has a 6.5-inch display with a 1644 x 3840 resolution, making this the second smartphone with a 4K screen. While the screen is technically 4K, it’s important to note that the phone generally runs at just 1096 x 2560 to reduce battery consumption. The phone switches to the full 4K resolution when displaying 4K content. HDR is supported, and the screen can run at 120Hz. However, there’s no real variable refresh rate; it runs at 60 or 120Hz.

The primary camera is the Xperia Pro-I’s most significant unique selling point. It is the first smartphone to feature a 1-inch sensor, making it excellent for low light or high-speed photography. The one-inch sensor has a 12MP resolution and allows you to choose between f/2.0 and f/4.0. It also features 315 autofocus points providing 90% frame coverage.

It also has a 12MP 2x telephoto lens and a 12MP 124° ultrawide camera. A TOF sensor also contributes to short-range autofocus for all three rear cameras. The front camera has just an 8MP sensor.

Video-wise, Sony nails another smartphone first by featuring 4K120fps recording capabilities. You can also record at 1080p at up to 240fps. The front camera only offers 1080p30 video. All cameras feature image stabilization.

The Xperia Pro-I comes with what is basically stock Android 11. Sony changes very little from Google’s stock Android in its phones.

The Xperia Pro-I features IP68 waterproofing, though that is pretty much the standard now. Wi-Fi 6 support means you’ve got high bandwidth home internet support standard. 5G is also supported for high-speed mobile data. Both the front and back are glass, with the frame made of aluminum. The fingerprint reader is on the side. The Snapdragon 888 is technically the last generation’s flagship CPU. However, the current 8 Gen 1 CPU has experienced thermal issues in other current-generation flagship phones. USB 3.2 Gen 2 (10Gbps) means that wired data transfers will also be quick. SD cards of up to 1TB are supported if you need more storage.

This phone is priced at £1600 in the UK and €1700 in the EU. Amazon US offers the US version for $1800 and the international version with carrier restrictions for $1237, making that a potentially excellent deal, assuming you don’t need CDMA network support.

The one-inch camera sensor and 4K120fps video recording capabilities are a first in any smartphone, not just for Sony. The 4K screen is also new to the Xperia Pro range. This is a solid set of improvements, especially if you’re looking to take full advantage of a smartphone’s camera.

The Sony Xperia Pro-I is an excellent flagship phone with multiple class-leading features not found in any rival devices. The hardware is soli, though the software could realistically do with some extra polish as more customized versions of Android offer more control. What are your thoughts on the phone? Share your thoughts in the comments below.