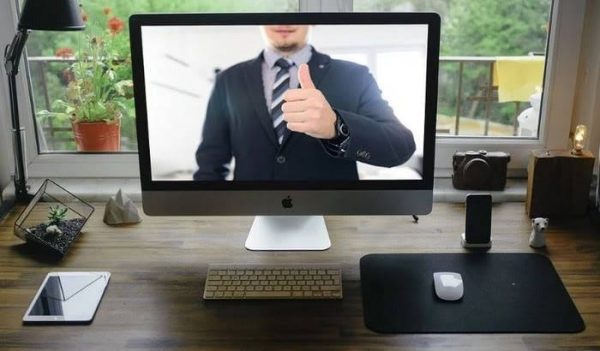 Online meetings are not without their woes. There are times when participants have to bear spotty internet connections, weird static, screen freezes, and other problems. But guess what Zoom members hate the most? Zoom Fatigue.

Yes. It has been a few months since we started using video conferencing in earnest, but the constant need to engage with someone over video is already taking a toll. That’s where the Loomie platform comes in handy.

Loom.ai is a tech company that seems to have its hands on the pulse of people, and that’s the reason they have come out with a platform called Loomie.

Call it the logical progression of an emoji, but the basic idea here is to replace you with your 3D avatar during video meets. This will help people who don’t want to display their personal space or do not want to really dress up for their meet.

The People Behind Loomie

Most Star War fans will remember the dead actor Peter Cushing’s character reincarnated for the Rogue One. The technical wizard responsible for this feat is Kiran Bhat – who even won as Oscar that year for Industrial Light and Magic’s facial capture and animation technology. She is the co-founder along with CEO Mahesh Ramasubramanian, himself a veteran at DreamWorks animations.

How to Make a Loomie Avatar

To create your own Loomie avatar:

Your avatar is voice-driven, so it will lip-sync in real-time as you talk (while, probably, even changing your baby’s nappies). While it looks straight into the camera, you can also stretch and even leave for a while. You also have the freedom to turn off your device’s camera because Loom AI will run the virtual version of yourself.

There are many emotes, and even though it is your voice that is being used, you can give a thumbs up, wave, and laugh using the buttons on the right side.

Turning On Loomie for Zoom

The company is hopeful that soon this program could even run from your smartphone directly. This is great news and also a greater possibility as Loom AI has constantly been tweaking their product for the better. For instance, there was a problem in LoomieLive Camera showing up on Zoom initially, but this has been fixed with an update.

So no more running around to find that light which shows your face the best or finding that corner which of the house which looks the tidiest, with Loomie you can do your avatar do the talking, in your chosen background.

You can watch the video here to experience it yourself.