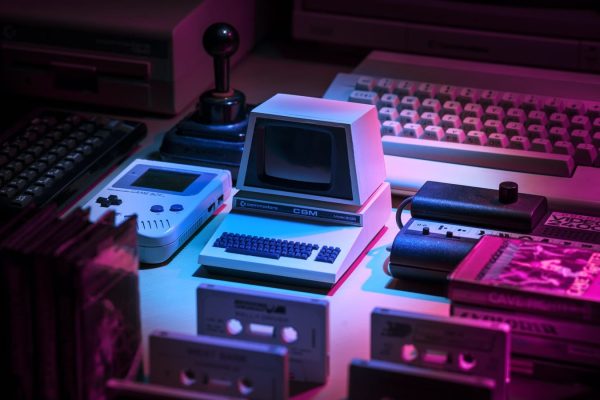 NEC launched the original TurboGrafx-16 in the late ’80s in the USA, but due to the market domination by the SNES and the SEGA Genesis, the NEC console just failed to cement its position as a household console. Now with emulators of various classics that have been released in recent years, Hudson Soft has released the TurboGrafx-16 mini as an answer to its original fans, and here is the review.

Given that this console is just a smaller version of the older TurboGrafx-16 from the ’80s, its market price is pretty steep at $100. This console is targeted towards a very niche group of people who enjoyed the original console or who are nostalgic for retro games (as it is only capable of emulating games from the 16-Bit era) and you can probably get a used PS4 or Xbox One instead. But if you’re yearning to have the experience of the older console, then you may have to buy it at this price.

The design is reminiscent of the older TurboGrafx-16, but it is about half the size of its big brother. So if you were a fan of this design, then you won’t miss much, and I like that. It has a hard-plastic shell with label TurboGrafx 16 printed on top of it. To add more detail, they included the slot where the game card would go, even though it doesn’t serve any purpose. They’ve also added a removable plastic extension that hides the HDMI port and the micro USB cable, making the cable management better. The front consists of two USB ports for two controllers, which is amazing since the original console only had one port.

Only one controller is included with the console, and it consists of two face buttons, a D-pad for direction, a pair of start and select buttons, and two turbo-fire toggles above the face buttons. It includes a 10 feet cable, which is convenient. The build quality is average, given that it is made from plastic and is very light. It is disappointing because, at this price point, they should have included two controllers with the console. If you want to acquire a second controller, it’s going to cost you $24.99, and that’s kind of frustrating.

The attention to detail in the user interface is quite remarkable. When you start up the console, you’re first introduced to the TurboGrafx menu with a selection of games at your disposal. As you browse them, you can see the number of extra players that are compatible with it. When you go to the right-hand corner you have three options to choose from: settings, sorting titles, and the option to navigate between TurboGrafx and PC Engine console. There’s an animation of an old tv turning off when changing between consoles, which gives a nostalgic kick to the experience. They added this unique feature where if you choose an original cartridge or CD game, it will play the animation and sound effects of that format like CD spinning or inserting the cartridge, which is a feature that the fans will definitely appreciate.

The console runs and performs like any other modern emulator released in the last few years. It can carry the games on its onboard storage, and unlike the older version, it has HDMI connectivity, so you can enjoy your favorite retro games on a high-resolution television. The console can play all the games included with ease without any hiccups during gameplay.

And the controller is very responsive. It also gives you the ability to choose from five different display settings, not the least of which is the turbo express display which emulates an old TurboGrafx 16 with a small built-in screen. But this mode is not recommended as the game becomes indecisively small and hard to see. It’s still a great element none the less.

This console comes with 57 titles spanning across both TurboGrafx-16 and PC Engine. It includes crowd favorites like Bomberman ‘93, Neutopia I & II, Ys Book I & II, which were a blast to play, along with 20 more titles. But here’s where there’s a problem. A majority of the titles are from the PC Engine and are not translated from Japanese. It might alienate fans, preventing them from diving into these games, but you can still enjoy the games if the language is not a barrier.

In the end, this console does pay homage to the older edition. Even if it’s a little pricey, I would still recommend it for people who want to relive their days playing the old retro console and for those who are looking for something other than the typical, high-graphic titles that are available today.