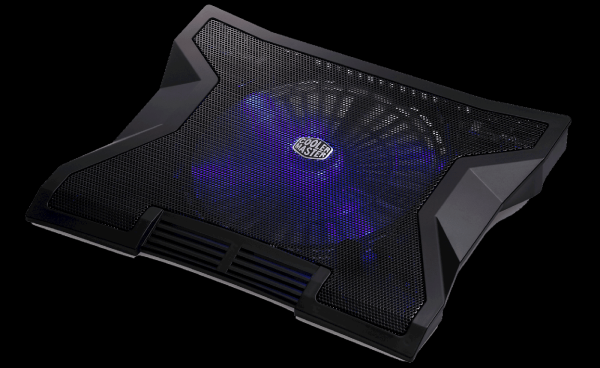 Modern laptops are incredibly powerful and have a lot of system resources compared to older models. One of the biggest issues with laptops though is cooling them. In a thin and light laptop, there’s so little space for a proper cooling solution that they can get pretty toasty. Similarly, gaming laptops fit so much power into what is still a relatively small space that it’s difficult to properly cool them. To make matters worse, laptops tend to sit on a desk, lap, or even a blanket. This further restricts the airflow to the cooling, making everything even hotter.

To help keep your laptop cool you may want to look into getting a laptop cooler pad. These cooler pads are designed to increase the airflow to the laptop, allowing it to run cooler, faster, and quieter. Below are our top five laptop cooler pad recommendations. 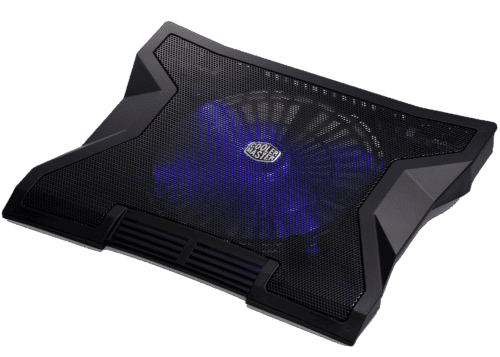 The Cooler Master Notepal XL provides a single extra-large 230mm fan. The size of the fan means that it can provide solid airflow even while running at relatively low speeds. The slower fan speed also means it makes less noise than smaller, faster fans.

The Notepal XL includes a 3 port USB hub and a fan speed controller, providing you with extra connectivity and control. It’s designed for up to 17-inch laptops, has two height settings, and costs £42.36. 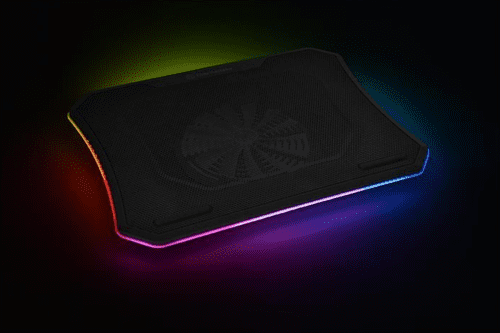 The Thermaltake Massive 20 RGB cooler pad has a single 200mm fan to provide cooling. The legs support three height settings between 3 and 13 degrees of angle. The pad is designed to support laptops that are up to 19-inches, so is suitable for all but the largest gaming laptops. The laptop pad includes a configurable RGB strip around the edge, has a fan speed controller built-in, and comes with a £75.52 price tag. 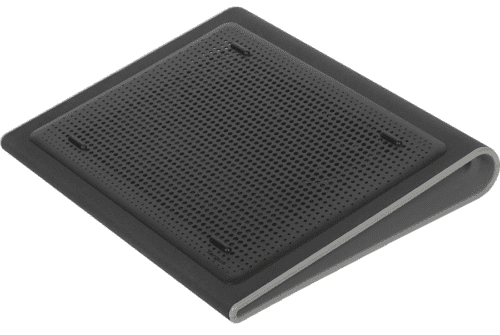 The Targus Lap Chill Mat has dual fans that spin at up to 1900RPM and supports up to 17-inch laptops. The included 3 port USB hub provides some extra connectivity options. The subtle and understated design makes the Targus Lap Chill Mat ideal for office environments. The Chill Mat also comes with a reasonable price tag of £29.99. 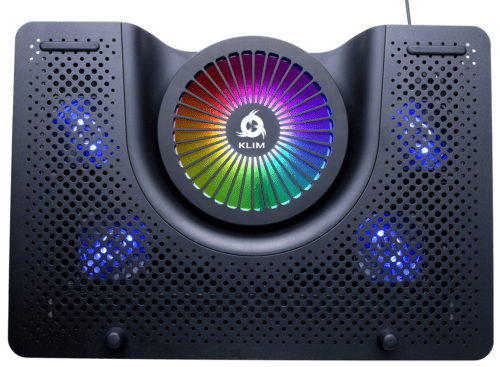 The KLIM Nova has four 60mm fans and one 160mm fan. The smaller fans spin at 3500RPM while the larger fan runs at 1500RPM. While RGB lighting is included, it’s not configurable and there are no speed controls. The stand can be set to five different angles and includes a mobile phone stand too. When purchasing from Amazon, KLIM offers a 30-day no-questions-asked returns policy, so you can return it if you’re not happy with it. Designed to support up to 19-inch laptops, the Nova costs £26.97. 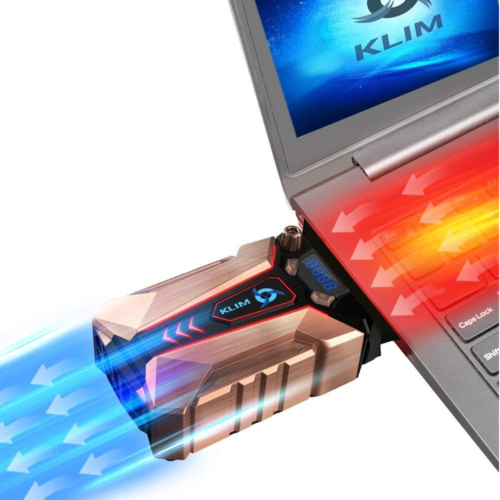 The KLIM Cool + is a bit of a different product, instead of being a laptop pad, it’s more of an extractor fan. It’s designed to connect directly to your laptop’s side or back exhaust points and literally suck the air through the laptop’s cooler. Given the connection method, this won’t work for all laptops, but the included adaptors allow it to fit most side or rear exhausting laptops. A built-in temperature sensor allows the Cool + to control its own speed as needed.

The metal construction also allows it to absorb some of the heat, further contributing to cooling performance. It does also mean that it weighs a fair amount and therefore is more suited to us on flat surfaces such as a desk where it can be properly supported. The Cool + is available for £24.97 and is also covered by KLIM’s 30-day no-questions-asked returns policy.

Note: All prices were taken from Amazon.co.uk and were accurate as of the time of writing. Prices and availability may vary significantly between regions.