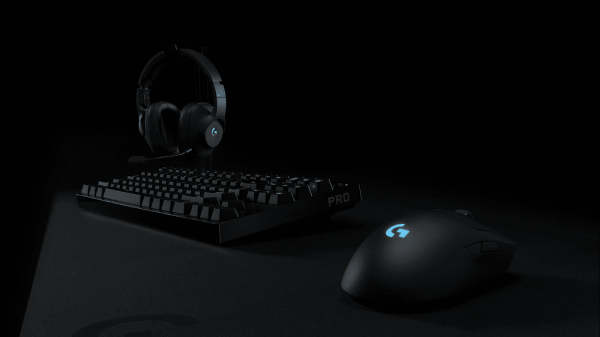 The two most common ways you interact with your computer while gaming are through your keyboard and mouse. If you want to be able to perform at your best while gaming, you want to have the best mouse possible. The best place to look for top gaming gear is at what the top gamers use. The website prosettings.net has analysed the gaming set-up and settings of more than 1500 pro-gamers across a range of esports titles and drawn up a list of the most popular gaming mice amongst the best of the best.

Note: All prices are in US Dollars from Amazon US for new models offered by official sellers and are correct at the time of writing. 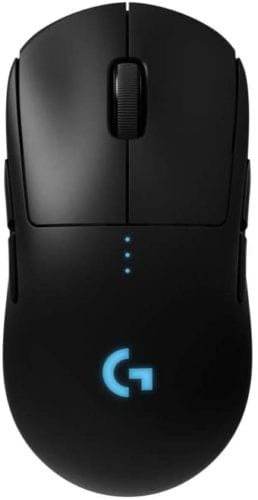 The Logitech G Pro Wireless, available for $122.55, offers a sensitivity range of between 100 to 1600 DPI, although you’re unlikely to ever use it at that high a setting. The mouse can accurately report movements of more than 400 inches or more than 10 metres per second as well as accelerations of more than 40G meaning it can accurately handle even the fastest mouse movements. The battery can last for between 48 and 60 hours depending on the lighting settings, an optional 1.8m cable is also included.

The G Pro Wireless offers the standard left, right and middle mouse buttons, as well as two optional side buttons on each side of the mouse. All the buttons can be reprogrammed, allowing the mouse to work for both left- or right-handed gamers. The side-buttons are completely optional with covers included, so you don’t have to deal with them at all if you don’t want to use them. The DPI switch is placed underneath the mouse, to prevent accidental DPI shifts in-game. The mouse also includes a small compartment for the USB adaptor so you can keep it safe when it’s not plugged into your gaming rig.

The BenQ Zowie EC Series is available for $56.97 for the large model or $69.99 for the medium model. It offers four sensitivity settings 400, 800, 1600, and 3200 DPI, configurable with a switch placed on the underside. It’s designed with a shape ergonomic for right-handed gamers. Unfortunately, no left-handed model is available, although symmetrical models designed for ambidextrous gamers are available in a very similar series. The mouse cable is 2 metres long and is rubberised. The mouse is driverless so doesn’t need any extra software, but this means you can’t program any of the buttons or sensitivity outside of the onboard settings.

The Razer Deathadder has a number of variants including the V2, V2 Mini, V2 Pro Wireless, and Elite. The following stats and prices are for the V2 as the latest standard model. The V2 costs $69.99 and offers a sensitivity of up to 20000 DPI. The sensor is accurate up to a speed of 650 inches or 16.5 metres per second, as well as for accelerations of up to 50G. There are seven usable programable buttons, with the advertised eighth button being the onboard profile selection button on the underside of the mouse. The braided cable is designed for low friction and high flexibility. A wireless version is available in the V2 Pro Wireless, however, it is almost twice the price at $129.99

The BenQ Zowie FK Series is similar to the EC series listed above but comes in a symmetrical design intended to support ambidextrous or left-handed gamers as well as right-handed gamers. Unfortunately, the latest variants, the FK-B series have removed the side buttons on the right, which somewhat negates its “ambidextrous” usefulness. The FK-B series is available for $69.99. The original FK series with side buttons on both sides is still currently on sale for $59.99. Like the EC series, it offers four sensitivity settings 400, 800, 1600, and 3200 DPI, configurable with a switch placed on the underside. The rubberised mouse cable is 2 metres long. The mouse is driverless so doesn’t need any extra software, although this means you can’t program any of the buttons or the mouse sensitivity outside of the onboard settings. The FK series comes in three different sizes which are detailed in the “Measurement” section here. 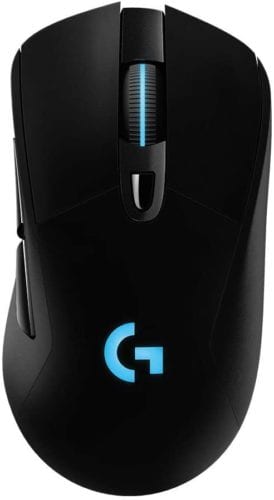 The Logitech G703 isn’t available on Amazon anymore but is available on the Logitech store for $99.99. It has a DPI range of 200 to 12000 and the same 40G and 400 inches or 12 metres per second maximum speed as the Logitech G Pro Wireless. It comes with an unpluggable 1.8m cable and can run on battery for between 24 and 32 hours depending on the lighting settings. an optional 10-gram weight is included for users that prefer a slightly weightier mouse. All six of the mouse buttons are programmable.