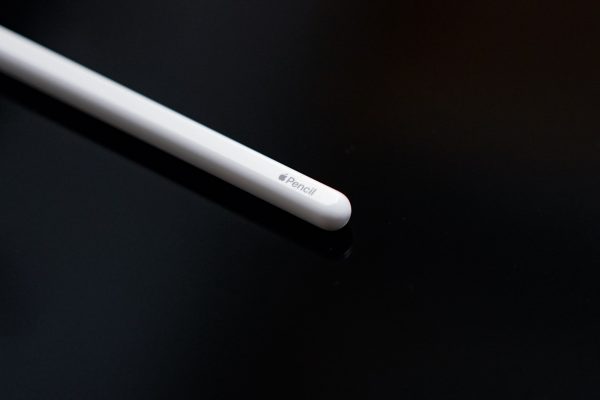 The Apple Pencil version 2 has seen some improvements compared to the original version. The most prominent feature the Apple Pencil 2 has is its ease of charging—you don’t need any cable to do so. Additional elements such as tap gestures and reduced latency also make the second generation pencil overall more powerful.

Here’s the detail of some of the options available in order to take your experience using Apple stylus to the next level.

The then-brand-new charging system introduced with Apple Pencil 2 has made it much easier for iPad Pro users to charge their stylus. Taking advantage of a magnet and wireless technology, Apple Pencil 2 only need to be paired with a compatible iPad Pro by bringing it close to the side of the iPad device. If done correctly, the Pencil will magnetically snaps, signaling that the paring is successful and the Pencil is charging.

With the original Apple Pencil, you need to use a Lightning USB cable to pair and charge which is more troublesome. Keep in mind, however, that this new feature effectively makes Apple Pencil 2 incompatible with older iPad devices and all subsequent iPads after the latest iPad Pro due to the lack of the wireless charging option. Currently, Apple Pencil 2 only works for the third generation—the latest—devices of iPad Pro (11”/12.9”).

Do more with double-tap

Another huge addition to the Apple Pencil is the new double-tap function. By double-tapping anywhere on the front-end area of the Pencil with your finger, you can either switch to and from the eraser tool, switch between current and last-used tool, and show color palette depending on the setting you used. You can also opt to disable the double-tap feature altogether.

Many third-party apps have already supported the double-tap feature such as ProCreate, OmniGraffle 3, Concepts, and so on. Some other apps, like Ferrite, even introduce their own customization settings regarding the gesture, providing you with more double-tapping options.

Compared to other tablet styluses, both the first and second generation of Apple Pencil provides considerably more functionality, one of which is navigation.

You can treat the Pencil as your finger to navigate almost anywhere in iOS. Whether to type or swipe down from the center to make the Spotlight search appears, Apple Pencil can do a bunch of things. Even though there are a few exceptions, this function can mostly save you the trouble of having to pick up and put down the Pencil repeatedly.

The third-generation iPad Pros also come with ProMotion feature, letting the device to have a high refresh rate of 120 Hz. This basically means that the iPad Pros’ screen can refresh their display at up to 120 times per second. The technology helps the Apple Pencil to reach a low latency of 20ms, which makes the experience in using the Pencil to be more ‘real’.

Luckily, this feature isn’t exclusively available for the iPad Pros supported by Apple Pencil 2, as the availability also present for the second generation of iPad Pros which only support the original stylus.

There are a bunch of other features present with either the first or second version of Apple Pencil. For example, using the iOS Battery Widget accessible from the Today View screen, you can check the battery level of your pencil without having to charge it.

There is also a “trace” function, which lets you trace a picture from a paper into a drawing app. This is possible since Apple Pencil also functions through plastic and paper, just like your finger.

Other features that you may be familiar with including pressure-sensitive technology that makes it easier to draw thin or fat lines, digital document signing with Notes app, and Instant Note—you can instantly make a note by tapping the Pencil on the top of sleeping iPad Pro screen.

There may be a bunch of supplementary options available for Apple Pencil 2. By taking advantage of the features mentioned above as well as the others, you can further upgrade your experience using the arguably the most sophisticated stylus on the market.