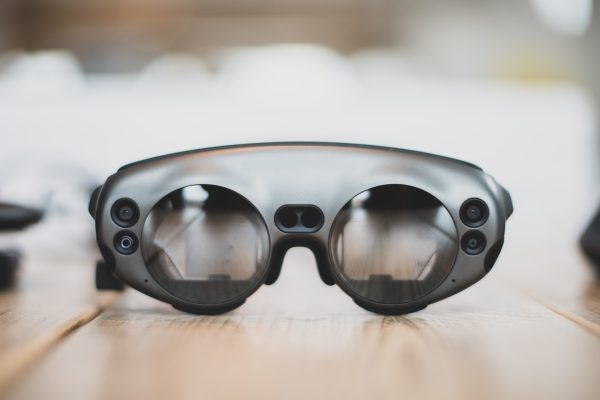 In what is shaping as a classic technology battle, MagicLeap is pitted against Oculus to win the Virtual Reality war. This war is a struggle for dominance in the VR sector. The winner will be who can get their devices accepted into the mainstream. This war is reminiscent of the V.H.S. v Beta conflict in the 1980’s and will see similar upgrades in technology throughout the next decade.

In the latest development MagicLeap is considering whether it should be sold. Having raised $2 billion USD in investment funds the company is currently in talks to raise another $500 million. It is a sign of how onboard the major investment funds are with VR but virtually every technology has to through this nasty development period which tests the patience of all who have a stake in it. One of them is Rony Abovitz founded MagicLeap 10 years ago so it must be a testing moment for him.

Oculus with it’s Quest device is reputed to be the market leader at this time. However reaching the point where both the consumers and businesses see value in this product has yet to be reached yet. At a cost of $499 for the 128 GB model it is nearly but not quite there when it comes to mainstream acceptance. This reminds me of the flat screen T.V. story where the price dropped dramatically. VR will surely follow the same S-curve story with slows steadily picking up as they are now, which is then followed by a magical boom period which is then ended when the market becomes saturated by the product in question. Despite being bought by Facebook after having been founded by Palmer Luckey.

MagicLeap and Oculus in the Market

This is all happening in a highly competitive market. Apple, Microsoft and Google are all players in the sector and this will make it tough for startups to compete against given the billions of dollars these companies are worth. What Oculus and MagicLeap do have in common is an ability to be agile which a bigger company just doesn’t have. The dinosaur effect is still in play 65 million years after the original versions were wiped out due to their inability to adjust to new circumstances.

Access to apps seems to be a key concern for customers in this era. Both the Blackberry and Windows’ phone became failures because they lacked access to killer apps. Google glass died because it looked weird and it was too expensive. There has been plenty of carnage so far and I’d expect more of the same in the coming decade.

MagicLeap and Oculus have been making great progress for the last 4 years in terms of growth but of course that is not an exact predictor of the way things shall turn out to be. It seems the innovations have dried up and now the focus is on price reduction in order to reach mainstream acceptance. Problems arise as well when such elemental limitations such as standing up or leaning forward break the VR illusion in the Oculus Go VR headset is disappointing in 2020. Having customers to accept such limitations is difficult. Other difficulties inherent in the products at this stage include occlusion or the failure to provide 6DoF tracking. At the moment these issues are deal breakers for a lot of potential customers.

So the question is can Oculus and MagicLeap survive long enough to produce products the mainstream finds acceptable? This will depend on investor confidence because it is going to take billions of dollars to make products that will win over the public and this will only happen when it becomes obvious that it represents value for money. I predict that it will take until the end of the decade before VR becomes reality in the mainstream because attitudes take a long time to change. A similar objection slowed down the progress of mobile phones for some years before they became acceptable.

Oculus seemed to be in a better position given the developments this week but things can change very quickly. MagicLeap are making a leading product but this faces competition and apathy form the public at this stage. It’s going to be a tough battle, that’s for sure.