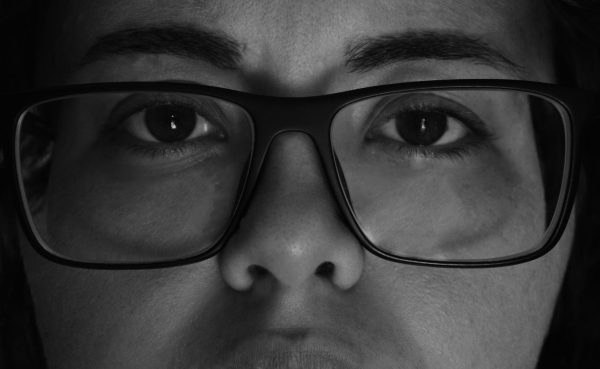 We can all agree that glasses are now trending and most fashionable glasses come as non-prescribed. More often than not, if you want prescribed smart glasses you would have to have it custom made. North however is breaking barriers with their latest glasses inventions. While everyone is chasing their tails and trying to usher in an era of AR glasses, North decided to usher in their cutting edge first-generation Focals.

Although it may sound ridiculous as first, screen addiction is becoming a thing and researchers believe that it won’t be long before people become completely addicted to their phones, laptops, social media, etc. This is why most people are embracing smart glasses so much and why North Focals are offering a chance to see your digital world laid out in front of you to pick what’s important.

One thing that endears Focals to most users so far is the fact that it looks so ordinary and elegant. With Focals you do not need to worry about standing out, but still be able to access your screen world via your glasses without picking up your phone. This can help most users become less addicted to their phones. Focals display content when you want it and remove it when you are done. These glasses are voiced by Alexa and is the first to pave way for lens embedded with holographic film.

The first Gen North Focal Smart glasses come with a navigation ring called the loop ring that is worn on the finger and used to navigate the content displayed on the glasses. It runs on a processor Qualcomm APQ8009w with Arm Cortex A7 (32-bit) with a processing speed of 1.09GHz. It also has a resolution of 300×300 with an embedded speaker and microphone. It uses android 5 and above and connects to your devices via Bluetooth and weighs about 64 grams. The battery is what most users are least excited about is about 700 Mah and the ring is 0.8Mah. It has proximity sensors, a 9-axis IMU and an ambient light sensor.

The IP55 certification enables the glasses to be both water and dust resistant. While the glasses probably won’t survive a day in the swimming pools, plashes of water won’t render it useless either. The ring is, however, stronger and can survive a while in the pool. The ring comes in various shapes. The smart glasses also offer a sharp transparent display when you are viewing content on your phone that appears to be floating in front of you. This display is only visible to you.

The finger loop ring which is a four-directional joystick is used to control your Focals and access which content and when. It also comes with a customizable app that is pretty easy to set up and you can set preferred settings like which notifications and updates should be accessible to you. The glasses are activated using voice commands with Alexa, an Amazons built-in voice assistant. It too can be customized.

Before users can get their glasses, they have to have it customized. This is done because the glasses are a bit bulky to carry for a long time and the best way is to have them fit snugly. To do so, interested buyers need to schedule an appointment with the manufacturer to have a 3D model made of their faces. This can also be done online as well for people not living close to their fitting centers. The glasses come as non-prescribed and prescribed. The price is from $599 to $999.

Although the glasses are currently in short supply and most users have not gotten theirs due to the current pandemic, most people who acquired it are quite happy with it. However, most people have opted to wait for the second generation Focals since the first seems like a trial version. The most advantage of this glass apart from being the first of its kind is the fact that unless you take a closer look, you won’t realize that it is a smartwatch and users have no issues of being stared at. However, most users have pointed out that although the weight seems negligible at first, it can get a little bothersome after a while. The hands also heat up after a while causing very slight sweat at the temples.

Many using prescription glasses feel the price is a bit much and the waiting period of two months, (after the 3D scan model of your face is made) is too long. Some have also found the display a little too low quality.  However, everyone concluded that the glasses are indeed groundbreaking and did not disappoint. The ratings for this watch range from 3.5 to 4.5 on a scale of 0 to 5 and there are no terrible reviews yet.