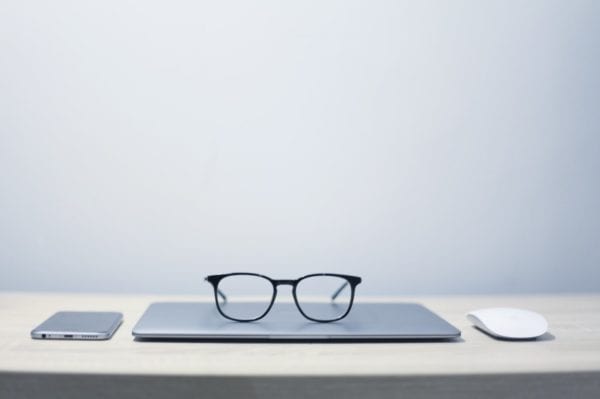 The Apple AR Glasses may be the next big thing launched by the company after the Apple Watch. There’s so much speculation about the highly-anticipated Apple AR Glasses, which would be the first-generation wearable of the Apple AR lenses project. Users may have to wait until 2022 to own a pair of these smart glasses if the rumors are anything to go by. These devices may revolutionize the human experience of technology in many ways.

How Apple AR Glasses Are Designed to Work

According to a 2019 Bloomberg report, Apple AR Glasses will be able to project information from the user’s phone to their face. Furthermore, they’ll synchronize with the iPhone and display texts, emails, and games as holographic displays. Although there’s a lot of speculation when it comes to specs and pricing, we believe the project is forthcoming.

According to avid Apple leaker, Jon Prosser, the AR glasses will be named Apple Glass which does not come as a surprise.

Jon Prosser further claims that the device will be priced at $499. This starting price also includes the amount of any prescription. Compared to their rival company, Google, whose AR glasses cost $1500, Apple AR Glasses are much more affordable to the average consumer.

According to sources, there are two different AR products in the making by Apple. The first product is a headset that combines both AR and VR features, while the other product is a small AR glass. The Apple smart glasses are rumored to feature a bone conduction earpiece, a capacitive frame, an accelerometer, and a microphone. They’re designed just like regular glasses and light enough to be worn as everyday glasses. Apple is working on AR Glasses with round frames that will be a tribute to Apple co-founder Steve Jobs. However, Bloomberg’s Mark Gurman has refuted the claims and called them ‘complete fiction.’

It is rumored that the Apple AR Glasses would use Photochromic Lenses, which make it much easier for a user to operate the screen in bright sunlight. Other rumors indicate that Apple has partnered with Zeiss to sell its smart glasses with polarized and prescription lenses. According to Jon Prosser, the information will be displayed on the lenses using a unique UI called Starboard for iOS. There’s no information on whether there’ll be a tinted version of the AR glasses that users can alternatively use as sunglasses.

The Apple AR Glasses will operate just like the Apple Watch, with the iPhone processing all the data. This means that the Apple AR Glass is not a standalone product, but it is built to enhance interactions with the iPhone. This information is backed by analyst Ming-Chi Kuo who claims that the iPhone will handle the processing, computing, and rendering of data. Furthermore, Apple’s ARkit, which offers high-end AR capabilities, is part of iOS 11, iOS 12, and iOS 13.

The Glasses will be most probably wireless and will require a dedicated Wi-Fi connection to the iPhone. The battery may last up to 3 hours or less. There’s a very high possibility that the glasses won’t have a built-in speaker system. For obvious reasons, users will be encouraged to purchase Apple’s AirPods for audio. A prototype of Apple AR Glasses that Jon Prosser claims to have seen has no camera, most probably for privacy reasons.

One thing we’re sure of is that Apple AR glasses are currently under development; hence it’s not a matter of if they’ll be launched but when.

The information provided here is subject to change and is only a reflection of what the final product may look like. It is also rumored that the Apple AR Glass may turn out to be the eventual successor to the iPhone, but we’ll have to wait and see.