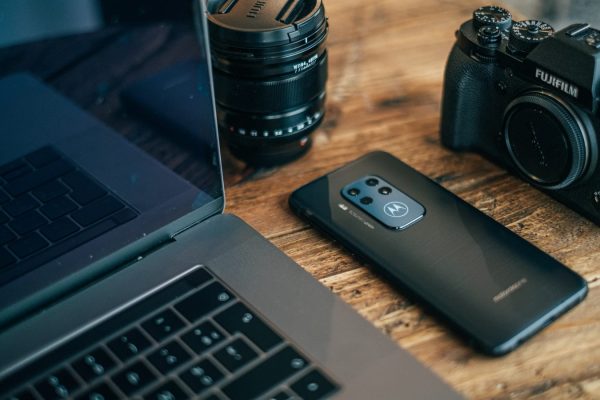 The Motorola Moto E6s came out in March of 2020 and it is aimed at the budget section of the market. It has 4GB of RAM, 64 GB  of memory capacity and a fingerprint sensor which is good value at this price. The price is $149.99 USD which makes it very affordable in such key markets as India and South-East Asia.

Because of the very low cost you can expect a very basic design and it comes with a 3,000 mAh battery. The choice of colors are Peacock Blue and Sunrise Red and by now we can expect to see a notch on the top in these basic models and that’s what it has. It is basically the same phone as the Moto E6 Plus. While it is not a revolutionary option it is well worth your consideration.

You can snap off the back case easily in order to replace your battery or put in a new SIM card or 2 if you really fancy it. The fingerprint sensor is the centre of the back and it is easy to use and of course it has the Motorola logo on it. While it takes about 3 to 5 seconds for the phone to unlock using the finger sensor it does unlock reliably using this method. Facial recognition works best under good light conditions and low light conditions are best avoided for this sensor. Another neat feature is the power button which has different grooves on it which makes it easier to identify at night. A micro USB port and a loudspeaker are situated at the bottom of the phone. Wireless recharging is not an option at this time for a phone which is this cheap. It’s an old school phone so it still comes with a headphone socket.

The display is 6.1 inches (15.25 cm) long and the body is 2.87 inches (7.17 cm wide). With an aspect ratio of 19.5 to 9 it is a relatively slim model so it can fit well into your pocket and feel comfortable to use as well. Comfort and ease of usage are the priorities for this phone.

The processor is the Mediatek Helio P22 with an octa-core chip. It also includes Bluetooth 4.2, an FM radio, a proximity sensor, accelerometer and it is able to support 3 different navigational systems. If you want to find which way to align yourself when using Google Maps then this phone won’t be able to help you because it doesn’t have a compass.

Running on Android 9 Pie, it is important to remember that this phone is not a part of the Android One program. There are barely any extra apps because of the low price. Standard Google apps such as News, Files, Sheets and Slides are all present though. If using gestures is your thing then you can turn on the camera by doing this after giving the power button a double-tap. An important detail to remember is that you can play games on it for 30 minutes after which it will become quite hot and after this period of time it will have consumed 11% of its power.

The Motorola Moto E6s is a cheap and cheerful option that does the basics well. If you’re asking  for something beyond that then you’ll have to pay more and search for other phones. Overall, it represents very good value for the money which you’re being asked to pay for it. Cheap and reliable is always a winning combination in any market.